You are here:  Towns -> Places to Visit in West Sussex -> Selsey

Things to do in Selsey, West Sussex 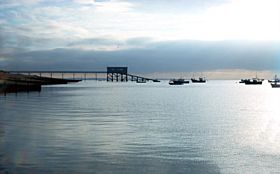 Selsey is a small seaside town just 8 miles from Chichester on the West Sussex coast.

It lies at the tip of the Manhood Peninsula and is almost an island, being surrounded on three sides by the sea, and on the fourth side by the Broad Rife, a local stream.

It has just one secondary road which accesses the town.

Selsey derived its name from the Saxon name of "Seals-ey", or Island of Seals as it was at that time.

It is best known for its dangerous underwater rock formations, known as Owers Rocks and Mixon Rocks.

The town has been ruled by the sea and continues to be home to a sizeable fishing fleet.

There is a Lifeboat Station along the beach front and an RNLI Lifeboat Museum in the town.

Selsey is well known for its fresh fish and local crab, which is absolutely delicious.

Selsey was known in the past for its smuggling rackets to avoid excise duty and an underground tunnel ran from the beach to the old Rectory at Church Norton, clearly marked by an indentation on the surface of the land!

A walk around the town will reveal many small cottages and historic homes, some marked with a blue plaque.

Former residents whose homes are noted include Air Commodore Edward Donaldson who set a new world air speed record of 616mph in 1946.

Other notable former residents include Eric Coates, the English composer; inventor Colin Pullinger and Edward Heron-Allen who made an enormous contribution to the local history of Selsey.

The town has its own Parish Church of St Peter's which has some interesting stonework and a priests doorway.

The Selsey Windmill, also known as the Medmerry Mill is another local landmark.

The fresh air and quiet rural charm of this area have drawn tourists and visitors for years.

The long beach is shingle but is popular for sunbathing and boating. It is also a site of geological interest.

Being close to Portsmouth and the Isle of Wight, just across the Solent, there are always boats and ships on the horizon.

Although not the prettiest area, the unspoilt natural beauty makes it a popular spot in the summer.

Bracklesham Bay is a Site of Special Scientific Interest, along with Pagham Harbour.

Both areas have rare flora and fauna which is of national importance.

Cricket lovers will enjoy watching local matches at the Selsey Cricket Club, one of the oldest in England.

The BBC astronomer, the late Sir Patrick Moore CBE was a playing member and an Honorary Vice President of the club.

Selsey is ideal for those who want to escape busy city life for a time and enjoy peaceful walks along the coastline, wild flowers, bird-watching and exploring the local villages.

The area has some interesting attractions including the historic town of Chichester nearby, with its central market cross and beautiful Cathedral.

The Chichester Museum will be of interest to those who want to know more about the fascinating history of the area.

Further along the coast is Bognor Regis to the east, and the historic docks and Royal Naval Museum at Portsmouth to the west. 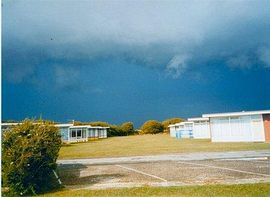 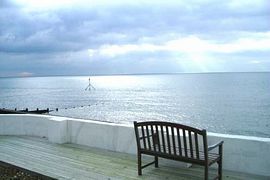 more self catering near Selsey...

Days Out in Selsey

Places to Visit near Selsey