You are here:  Towns -> Places to Visit in West Sussex -> West Itchenor

Things to do in West Itchenor, West Sussex

The pretty village of West Itchenor is just southwest of Chichester in a delightful area of West Sussex. 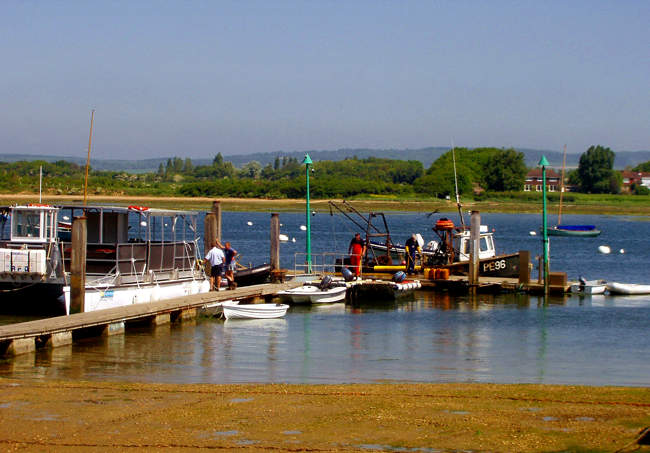 This ancient parish is recorded as having just 451 residents at the last census.

West Itchenor is all you would expect of a small English village.

It has a High Street lined with cottages, a village pond, a church, a pub and an old rectory, the oldest building in the village apart from the church.

It was originally of timber-framed construction and dates back to the 15th century.

In addition, the village boasts a harbourmaster's office and the lively Itchenor Sailing Club on the waterfront of this lively yachting community.

The whitewashed local pub, the Ship Inn, overlooks the ferry terminal and jetty and is the heart of the sailing community.

The Itchenor ferry is a great way to see the area from the water as it makes its way to and fro across to Smugglers Hard at neighbouring Bosham, another well-heeled community.

Things to do in West Itchenor

Chichester harbour lies partly within the parish of West Itchenor and is an official Site of Special Scientific Interest. 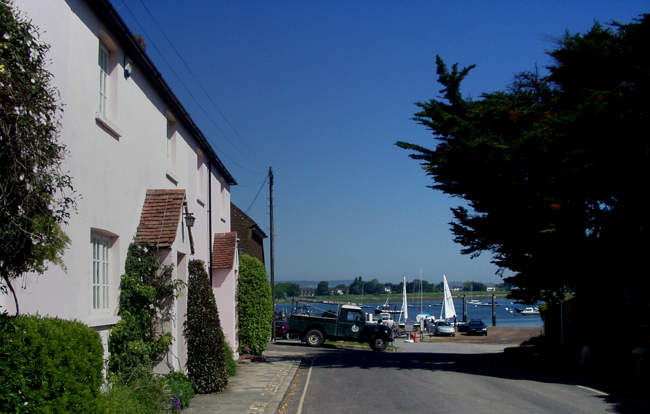 Down to the Water © Jeanette Cox

It has a large wetland area which is a protected zone for birds, particularly waders and wildfowl which spend the mild winters on these feeding grounds.

Small boats can be hired from Itchenor Boat Hire to join the locals pottering about on the sheltered waters.

Enjoy the wildlife and natural beauty as you sail around the harbour.

As Roman power collapsed at the end of the third century, Saxons invaded Sussex.

The village was probably named after a Saxon chief, "Icca". "Ora" means "bank on the shore" or "the Hard" as it is known locally.

West Itchenor is recorded in the Domesday Book of 1086 AD as Icenor.

There was once a twin village of East Itchenor too, but it was destroyed by fire after an outbreak of the plague.

The Church of St Nicholas indicates the many centuries that people have been enjoying this lovely area, overlooking part of Chichester Harbour. 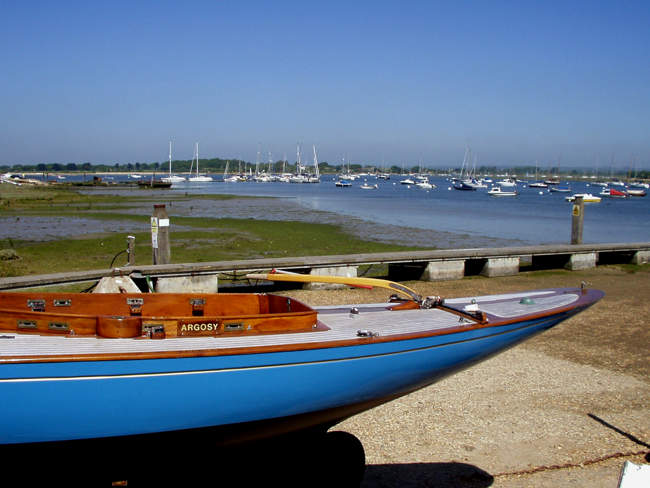 The church was founded in 1175 by the Lord of the Manor, Hugh Esturmy, and it is still used in active worship.

It has some interesting local archives including a 200-year old copy of a chart of the shifting sands of Chichester Harbour.

There was no Divine Service as the road to the church was impassable due to an extraordinary high tide that breached the sea wall.

The ferryman was seen "rowing his boat over hedges across the road at bridge pond". It was indeed a very high tide!

The boatyards of Itchenor are almost as old as the village and were recorded as providing ships for the Napoleonic wars.

In World War II, landing craft were constructed here and took part in the D-Day landings in 1944.

Nowadays the West Itchenor boatyard has a more upmarket clientele and it constructs and fits out sleek luxury yachts. 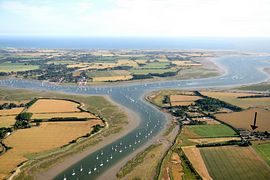 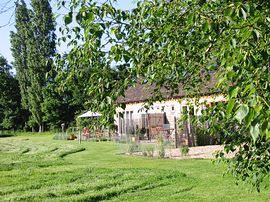 more self catering near West Itchenor...

Days Out in West Itchenor

Places to Visit near West Itchenor