You are here:  Attractions -> Things to Do in West Sussex -> Fishbourne Roman Palace 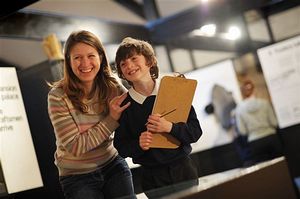 Fishbourne's impressive remains came to light in 1960 when a new water main cut into the previously unsuspected foundations and mosaics.

It was to prove one of the most important British archaeological discoveries of the century.

Over the next nine years archaeologists uncovered a military supply base established at the time of the Roman invasion in AD 43, along with later civilian buildings.

The sumptuous palace itself was constructed AD 75, possibly for a Celtic king, Tiberius Claudius Togidubnus, and rivalled in size the imperial palaces in Rome.

Visitors can see many of the remains, including 20 spectacular mosaic floors in various stages of completeness.

The Cupid on a Dolphin is, one of the most beautiful examples of the art in Britain. The story of the site is told in the museum aided by plans, photographs, models, and everyday items discovered by the archaeologists.

An audio visual programme adds the human touch, telling the remarkable tale through the voices of those who may have lived, worked or excavated the site.

Fishbourne's superb Roman garden has been replanted to its original plan, based on the bedding trenches, tree pits and post holes that survived centuries of ploughing.

A new area displaying the plants grown by the Romans has been created and stands
alongside the Roman Garden Museum featuring gardens from Britain and Italy.

A Roman 'potting shed' displays a range of replica tools and equipment as well as original implements found on the site. 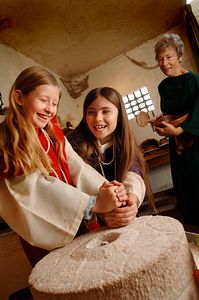 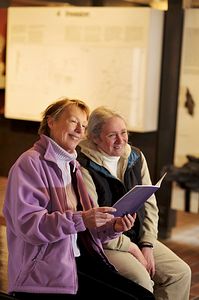 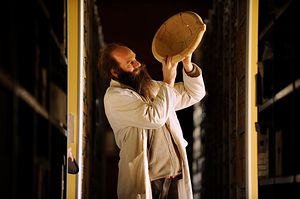 Days Out near Fishbourne Roman Palace