You are here:  Towns -> Places to Visit in West Sussex -> East Wittering

Things to do in East Wittering, West Sussex 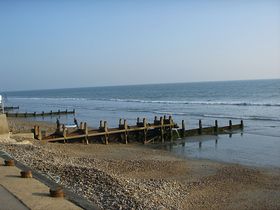 Head southwards from the beautiful West Sussex Cathedral City of Chichester and signposts indicate ‘The Witterings'. East and West Wittering derive their names from the Seventh Century nomenclature Wihttringes (683) that in turn is derived from the Old English Christian name ‘Wihthere' and the word for settlement ‘Ingas'. By the time of the Domesday Book this had evolved into ‘Westringes' - clearly the Witterings have been with us for well over a millennium.

In his series ‘The King's England' Arthur Mee writes of East Wittering that "except for the church, man has given it nothing to see" whilst Pevsner writes the village off somewhat dismissively as "a jumble of bungalows and chalets near the beach in an untidy half grown up state." Perhaps these great writers are a little over harsh for there is no doubt that this quintessentially English seaside resort offers a little something for everyone.

Caravan sites and gift shops are most certainly in evidence, but so are the older thatched cottages, the fresh fish and shellfish shack and a shingle and sand beach stretching for miles in both directions.

For the residents of East Wittering conflict has never been far away. Looking due South the Nab Tower looms on the horizon, a relic of the Great War and the only remaining part of an anti-submarine defence system built at a (1918) cost of £1 million. To the West the historic Naval Base of Portsmouth can be clearly seen and it was to the beach at East Wittering that the Canadians came in 1944 to rehearse the D-Day Landings.

There is no cenotaph in East Wittering, but on the wall of the village's modern St Anne's Church plaques commemorate the two world wars. East Wittering lost four servicemen in the Second World War, but the Great War plaque reads:

There is no indication of how many service personnel went from East Wittering to the Great War, but they all most certainly returned to hear the waves breaking on the shingle beach and the cries of the Herring Gulls wheeling and turning over the eastern approaches to the Solent.

East Wittering is very much a ‘Thankful Village' and the only one to be found in the great County of Sussex by the sea. 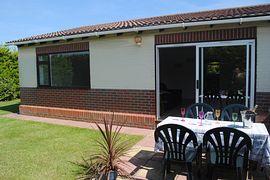 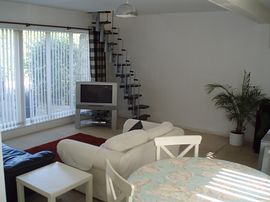 more self catering near East Wittering...

Days Out in East Wittering

Places to Visit near East Wittering