You are here:  Towns -> Places to Visit in North Yorkshire -> Filey

Things to do in Filey, North Yorkshire 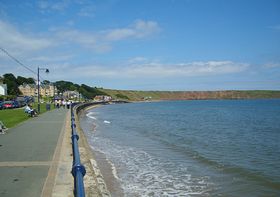 View along the sea front at Filey © Steven

Filey is a small seaside resort seven miles south east of Scarborough on the North Yorkshire coast. The town was situated right on the border of the former North and East Riding of Yorkshire. It was named after Five Leys, which were clearings or meadows.

Filey was established over 1200 years ago and existed as a small fishing community. The oldest building is the 12th century parish church, dedicated to St Oswald. The lovely church with its square tower is said to be the finest church in the East Riding of Yorkshire.

Filey was a quiet village until Birmingham solicitor, John Wilkes Unett, bought seven acres of land and built the Royal Crescent. It had a number of boarding houses and composer Frederick Delius and his family stayed in one in the 1870s.

During World War II RAF Hunmanby Moor was built and used as an airforce station.

For many years Filey attracted thousands of families to the Butlins Holiday Camp. It was a major source of local employment catering to 10,000 holiday makers each season in the 1950s. It closed in 1984 and the area has since been developed as an area of holiday homes called The Bay Filey.

Filey is an old-fashioned seaside resort town with many great assets. As well as five miles of award-winning golden sandy beach, it has a range of local shops and a Folk Museum. The town had less than 7,000 residents in the 2001 census.

Filey has some Victorian architecture including the Royal Crescent. Built by John Wilkes Unett in 1850 it was said to be the most sought-after address in the North of England. The oldest building in the town now holds the Filey Museum on Queen Street, which was built in 1696.

The town is well-endowed with ornamental gardens and parks throughout the area. As well as being the start of the Yorkshire Wolds Way, it is the finishing point for the annual Great Yorkshire Bike Ride which starts at Wetherby and covers 70 miles.

Filey has a railway station on the Yorkshire Coast Line giving access to Scarborough, Bridlington, Driffield, Beverley and Hull.

Things to do in Filey

The area is ideal for enjoying bowls, sailing and angling. Filey Golf Course is nearby for a round of golf with great scenery. For hikers the Cleveland Way National Trial is nearby and offers peaceful walks with breathtaking views from the cliffs.

Scarborough has many attractions such as the Scarborough Sealife Centre, Scarborough Castlea Scarborough Art Gallery Staintondale Shire Horse Farm and the famous Stephen Joseph Theatre which always has a lively program of theatrical and musical events.

Along the seafront at Filey there is a paddling pool and crazy golf course, rock pools for fishing, donkey rides, pedaloes, surfing and gorgeous sands for walking or playing on. Filey Brigg often has sea lions basking on the rocks. The town hosts an Edwardian Festival in June. 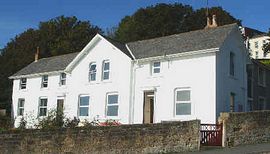 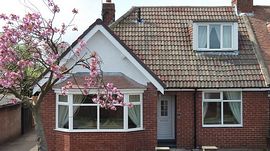 more self catering near Filey...

Days Out in Filey

Places to Visit near Filey