You are here:  Towns -> Places to Visit in North Yorkshire -> Weaverthorpe

Things to do in Weaverthorpe, North Yorkshire 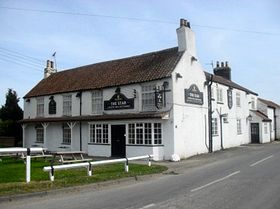 Weaverthorpe is situated in the Great Wold Valley of the Yorkshire Wolds.

It sits astride the Gypsey Race - a stream running through this chalk valley which now flows only at times of rain.

Weaverthorpe dates from before the Norman Conquest and the name is from a Viking word meaning "the far wanderer".

It is overlooked by an imposing, early Norman Church. This was built between 1108 and 1180 by Herbert of Winchester, in the early style with solid walls and has an imposing tower with a circular staircase on the outside.

Herbert also had a manor to the east of the church, now an extension to the graveyard. This was excavated in the early 1960s by a local archaeologist, T C M Brewster.

To the south of the church are mounds which are all that remains of a later manor of which little is known.

Roman pottery was found on the site of the older manor during the excavations.

Two Hostelries, the Star Inn and The Bluebell, provide excellent meals and accommodation.

There is a post office and shop at the west end of the village, where the village hall is also situated. In the centre is a small Methodist Chapel which was the Sunday School Room.

The relatively imposing Methodist Church of 1794 was found to be in a dangerous condition and so had to be pulled down in the late 1980s.

The only public transport is a post bus which runs morning noon and late afternoon from the neighbouring village of Foxholes to Malton.

The Village is situated about four miles south of the A64 from Sherburn and is about 15 miles from Scarborough. 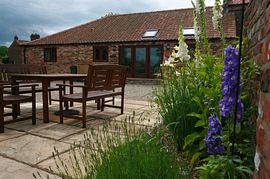 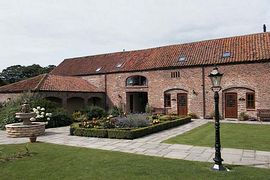 more self catering near Weaverthorpe...

Places to Visit near Weaverthorpe