You are here:  Towns -> Places to Visit in East Yorkshire -> Skipsea

Things to do in Skipsea, East Yorkshire 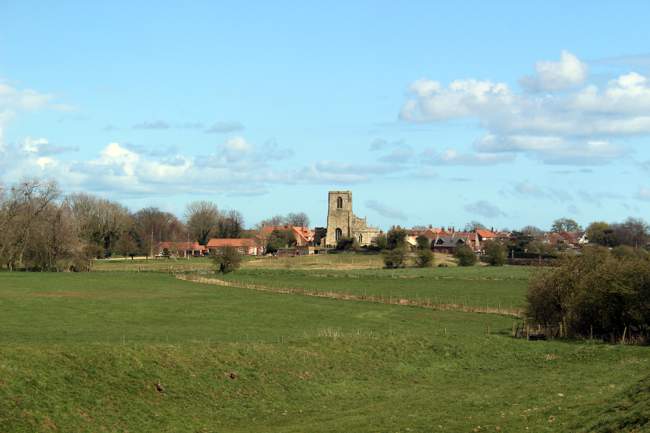 Skipsea, from the west, with the remains of Skipsea Castle in the foreground. © calumsmith0308 - stock.adobe.com

Skipsea Village is situated between the historic town of Beverley and the seaside resort of Bridlington in East Yorkshire.

It is perhaps somewhere to visit sooner rather than later as the North Sea continues to make inroads into its boulder clay cliffs at a rate of 18 inches a year!

Skipsea may have got its name from the Viking word for Ship Lake.

It is likely that the original village was on a lake which at that time lay inland from the sea. 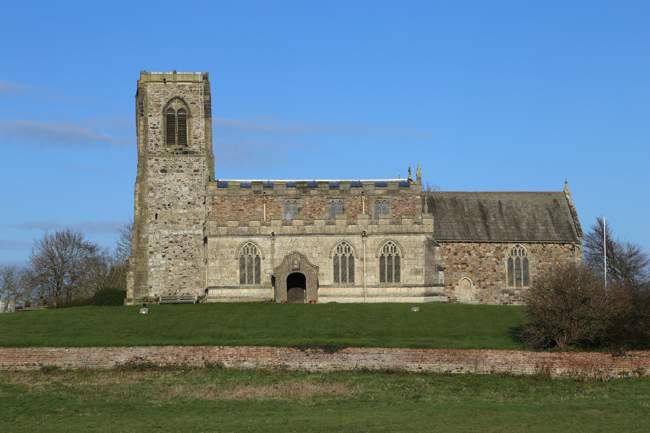 The Church of All Saints © Wendy - stock.adobe.com

Archaeologists have discovered platforms in the area which may have been the foundations of Stone and Bronze Age huts.

The area is known for its sudden mists which can roll in from the sea and shroud the village for a time in what are locally known as "sea frets".

Skipsea has a fascinating and colourful past.

William the Conqueror gave the Isle of Holderness to knight Drogo de la Beuvriere who built a castle surrounded by earthworks and ditches at Skipsea Brough. 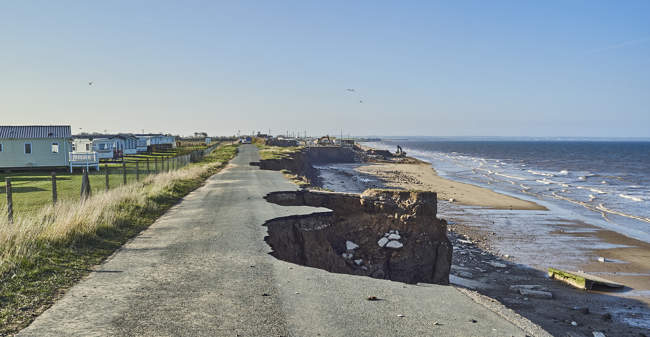 For reasons unknown he killed his wife and she is said to haunt the district as the "White Lady".

This strange and misty land seems to have had more than its share of strange happenings!

Skipsea was well known in the 1950s as the area was chosen for nuclear testing.

The scientists at Aldermaston eventually revoked the decision after strong local protest.

On clear days, Skipsea is a delightful small village of around 600 inhabitants with its historic squat-towered Church of All Saints. 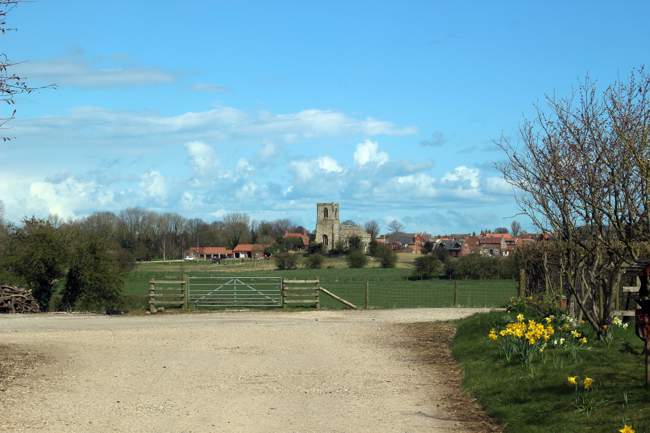 Skipsea, East Riding of Yorkshire, from the west. © calumsmith0308 - stock.adobe.com

The local terraced houses and garden walls are built of cobbles sourced long ago from the beach and newer homes have also sprung up to accommodate families and retirees.

The village has a modern school, a post office, general store, a café, hairdressers and a pub known as the Board Inn, right across from Village Farm. 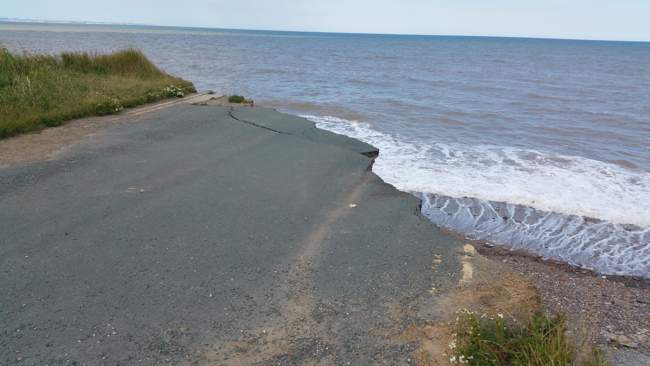 There is also a bookmakers and a fish and chip shop.

In the centre of the village are a Methodist Chapel and a brown marble war memorial to those who died during the two world wars.

Things to do in Skipsea

The beach at Skipsea is easily accessible and provides opportunities for watersports. 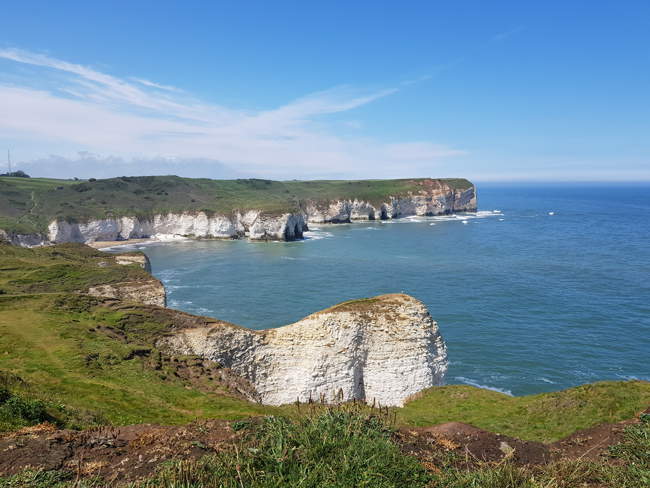 View of the cliffs and sea at Flamborough Head © Darren - stock.adobe.com

The area boasts two swimming pools, miles of walking and cycle routes which start in the village and Skipsea golf course is just south of the village.

Close to Skipsea is Flamborough Head with the oldest surviving lighthouse in England, built in 1674. 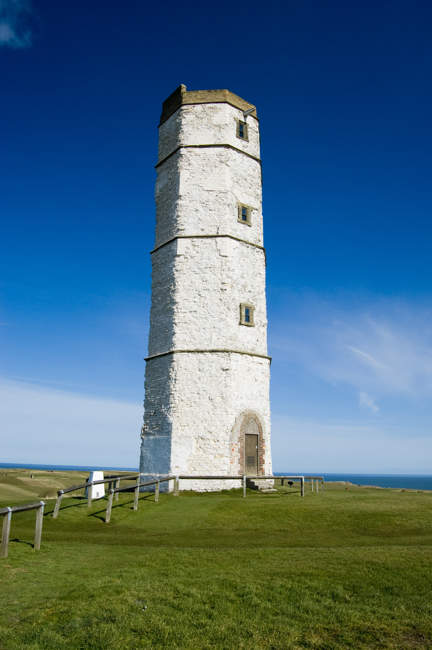 The chalk headland is ideal for walks in this Special Area of Conservation and it is a popular breeding area for gannets and puffins.

Skipsea Castle with the remnants of Drogo's motte and bailey castle can be visited with impressive views from the top of Skipsea Brough. 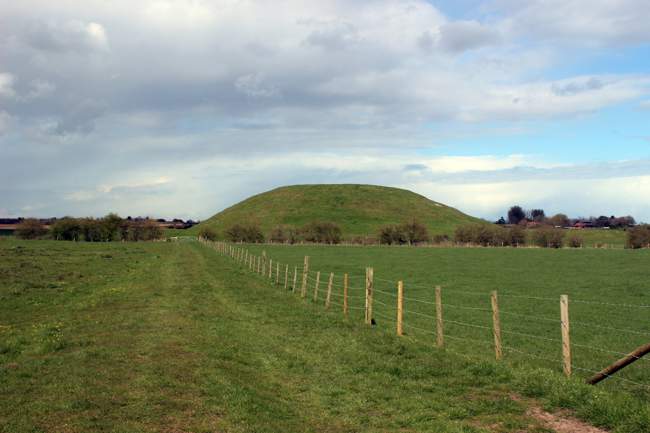 The green motte is 45 feet high and the surrounding 8 acres would have been flooded as a marshy lake with access across it via a wooden causeway. 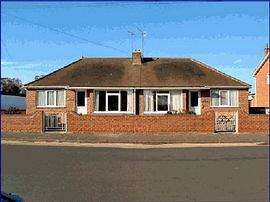 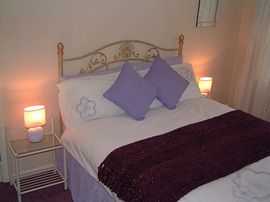 more self catering near Skipsea...

Places to Visit near Skipsea