You are here:  Towns -> Places to Visit in North Yorkshire -> Pickering

Things to do in Pickering, North Yorkshire

Pickering is a small market town on the southern edge of the North York Moors National Park, overlooking the Vale of Pickering. 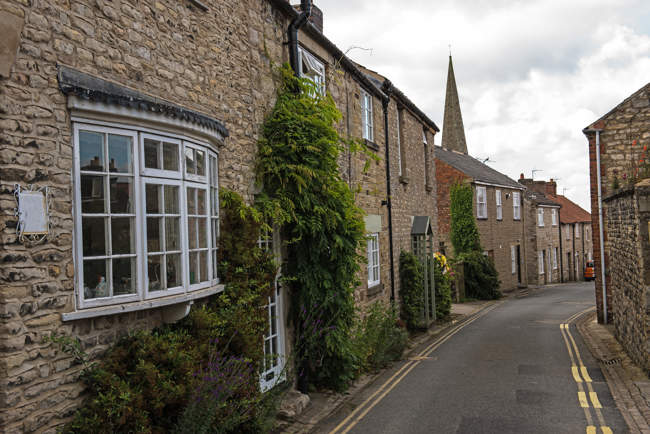 Pickering has a selection of local shops and some excellent pubs and restaurants in the town centre. The town has many mismatched cottages which add charm and character to the main street.

Many houses date back to the late 1590s and would have had thatched roofs. 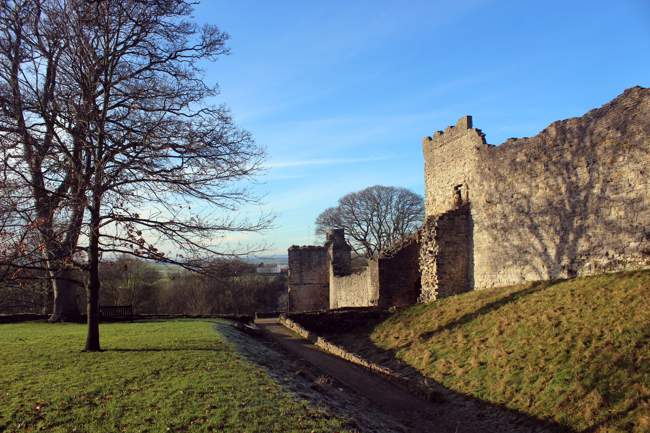 There is an old sloping market place, with the parish church at the eastern end.

This Grade I listed building dates back to the 12th century and for many years hid a surprising secret. Beneath many layers of whitewash were some of the finest Medieval wall paintings in the UK. 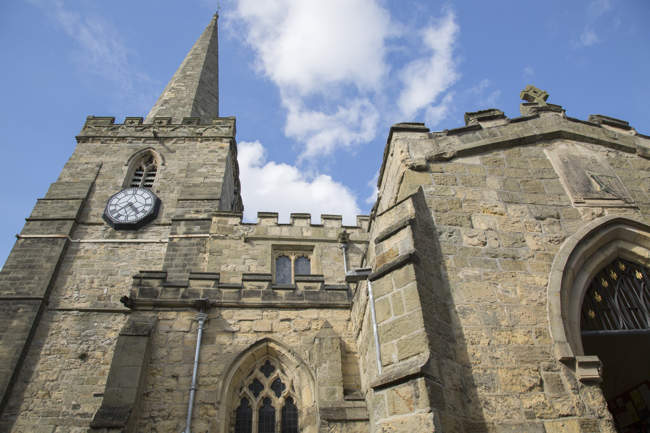 These mid-15th century frescoes cover the north and south walls and were carefully restored in 1876.

Between the church and the beck, the market place is lined with two and three-storey town houses from various periods of history. 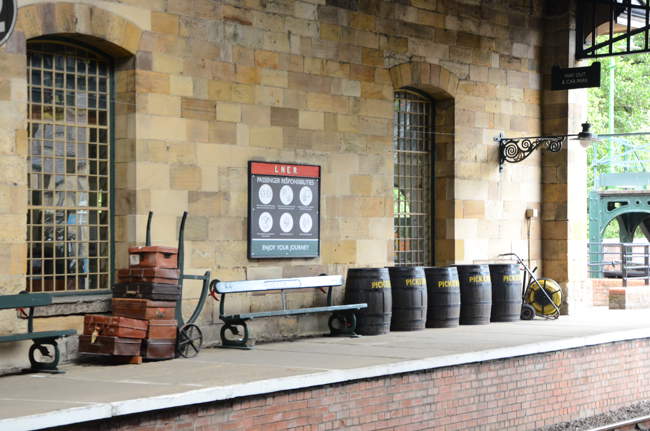 They are part of the town's conservation area and are Listed Buildings for their historic and architectural importance.

After heavy rain, the stream bursts its banks and floods the area upstream of Pickering Bridge, which can cause widespread damage.

The Memorial Hall in Pickering serves as a local community centre. It was converted from an old mill in 1922 as a memorial to the men killed in World War I.

Things to do in Pickering 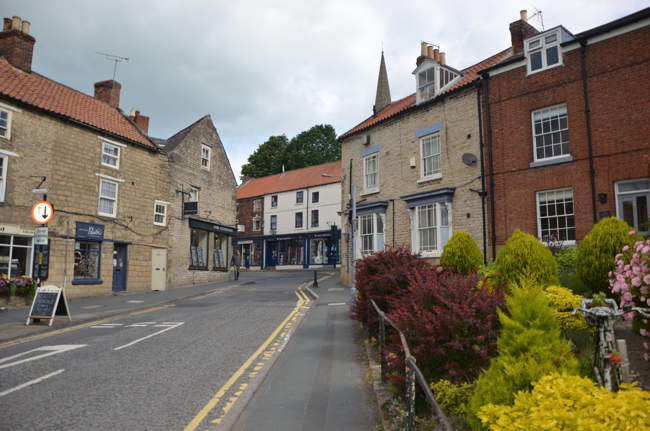 A heritage steam train runs in the summer from Pickering to Grosmont and is now operated as the restored North Yorkshire Moors Railway. The 18-mile line is one of the longest heritage lines in the UK.

Pickering Castle, although just a shell, is worth a visit to see the exhibition.

Beck Isle Museum of Rural Life is one of the town's main attractions. It is situated in a Grade II listed mansion with historic collections on display in the outbuildings. 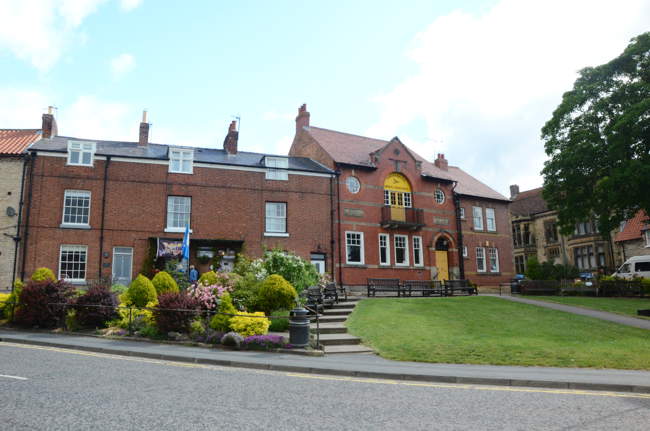 The museum has recreated scenes of times gone by with a barber's shop, dairy, blacksmith's forge, a chemist, printer, cooper, cobbler, draper and a hardware store.

The Victorian era pub and parlour are very well done and to complete the attraction, which is run entirely by local volunteers, there is a gallery of period costume. 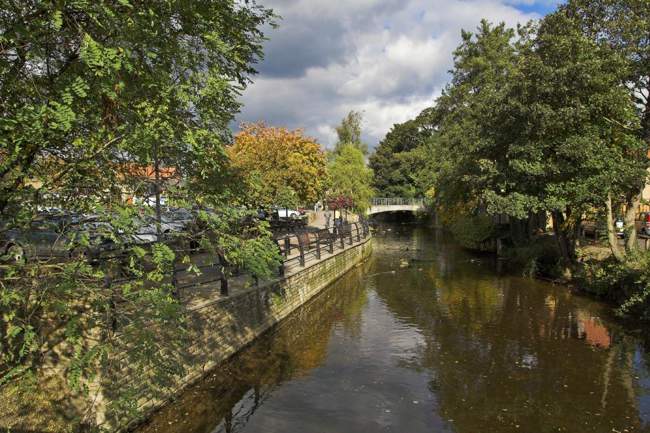 Pickering was home to Sydney Smith, a prolific photographer between 1920 and 1940. His photographic record of local life totals 7,000 images, some of which are on display at the museum.

They make a fascinating record of local families, fashions and life between the two world wars.

The existing town dates back to Mediaeval times, although local legend has it that the original town was founded by King Peredurus around 270BC. 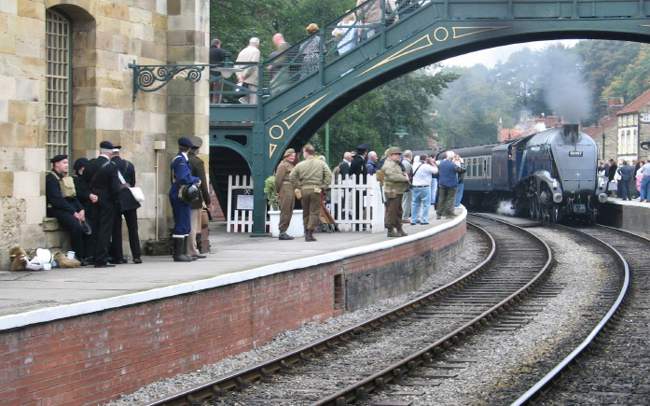 The remains of an old motte and bailey castle stand on the hill behind the town. It was built as a defence against the Scots and the Danes. Richard II was held there in 1400 AD before he was moved to Pontefract Castle.

Both Pickering Castle and the original church were built in 1066 on the orders of the newly crowned William the Conqueror. 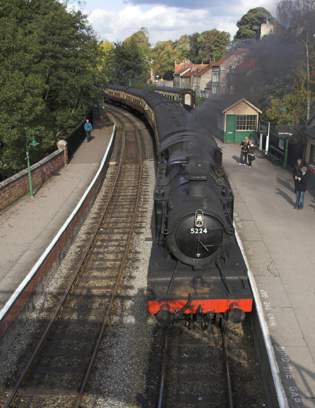 In 1267 records show that the manor, castle and forest were given to Edmund, the 1st Earl of Lancaster.

The estate eventually passed to Henry IV in the late 14th century and it has belonged to the crown ever since.

Although the town prospered, being on the main coaching route, the castle eventually fell into disrepair. 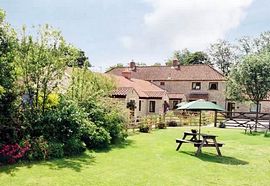 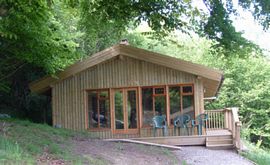 more self catering near Pickering...

Days Out in Pickering

Places to Visit near Pickering