You are here:  Counties -> Things to do in Merseyside 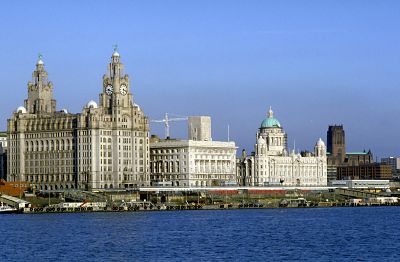 Merseyside in north west England, was created by the government in 1974. It encompasses the city of Liverpool and surrounding areas. Merseyside Tourist Information is available in Liverpool, Birkenhead, Southport and St. Helens.

Although this could be considered a 'new' county, it contains towns with heritage and culture, great shopping, dining and sports facilities, as well as locations to enjoy the countryside and open-air pursuits.

The Wirral Peninsula known locally as 'The Wirral', was originally the northern part of the county of Cheshire. Surrounded by the Irish Sea on three sides, the River Dee to the east and the River Mersey to the west. The eastern side of the area became industrialised, when in 1824 William Laird opened what is now known as Cammell Laird shipbuilding. Many other industries are now based here bringing prosperity to the area.

The town of Birkenhead was developed with some fine buildings in Hamilton Square and the first publicly funded park designed by Joseph Paxton opened in 1847. The design for the park was the inspiration for Central Park in New York.

The east shore line of the River Dee and the inland area of the peninsula offer areas of natural beauty, with country parks, rural villages, historic buildings and over 75 miles of rights of way. Four leaflets entitled 'Walk Wirral' can be obtained from Merseyside Tourist Information offices.

There are sandy beaches at West Kirby and Hoylake and botanic gardens at Neston. A visit to Port Sunlight (the village created by William Hesketh Lever for the workers in his 'Sunlight' soap manufacturing business), with its Lady Lever Art Gallery, theatre and pretty gardens makes for a great day out.

Just eight miles from Liverpool city centre at Prescot is Knowsley Safari Park, located on the Knowsley estate, home to the Earls of Derby. The Safari Park is home to endangered species, a five mile safari drive and a walkabout area, which includes attractions for all the family.

In north Merseyside the borough of Sefton has some 22 miles of coastline with dramatic dunes, home to some rare flora and fauna and a good bird watching location.

The family seaside resort of Southport, has an award winning beach with a broad expanse of sands. The town centre is elegant, with tree lined boulevards, floral displays and pavement cafes. The glass canopied specialist shops in Lord Street are sure to tempt you. Southport is home to Royal Birkdale, one of six Championship standard golf courses.

In the south of the borough is the world famous Aintree Racecourse.

The St Helens area in the east of Merseyside is renowned for glass making - today visitors can visit the Tank House, a pioneering glass making building, now an integral part of the award winning World of Glass Visitor Centre. St Helens is home to the Stephenson Sankey Viaduct, otherwise known as the nine arches viaduct - this stone and brick Railway Bridge was the first of its kind in Britain.

Days out in Merseyside


Places to Visit in Merseyside