You are here:  Towns -> Places to Visit in Merseyside -> St. Helens

Things to do in St. Helens, Merseyside

The large town of St Helens is 12 miles north east of Liverpool in Merseyside.

Although the area has been populated since the Celtic Brigantes, St Helens as a town only came into being in the 19th century.

The Knights Hospitallers owned land in the area around Hardshaw from 1292. From 1629 until 1839 it was little more than a few houses around a small chapel.

St Helens was a Chapel of Ease, recorded in 1558 and early maps mark it on Chapel Lane, now the pedestrianised Church Street. Historically the area belonged to the township of Windle. Construction work around the junction between Bridge Street and Church Street has revealed two old wells and grain pounders.

The Italianate Town Hall was built in 1839 and finally in 1852 the civil parish of St Helens was instituted. By 1854 St Helens was described as a thriving town in the centre of four townships: Sutton, Parr, Windle and Eccleston, each with their own history.

By 1861 St Helens had a population of over 20,000 and was the urban centre for the area. In 1868 the town became a Municipal Borough when Queen Victoria bestowed it a Charter of Incorporation.

St Helens was literally built on coal and there were local collieries operating in the area until 1992.

Modern day St Helens is a commercial centre with Pilkington's Glass as one of the longest surviving industries, although glass production no longer dominates the town as it once did.

St Helens has many terraced houses dating back to the late 19th century. The town is based around the parish church and the original site of the open market.

The main street is Church Street with the Church Square Shopping Centre off it. The newer Hardshaw Centre also has major chain stores. Independent shops can be found along Bridge Street, Duke Street and Westfield Street.

Since 2000 the centre of St Helens has been the focus of regeneration. There are several large supermarkets and two out-of-town retail parks.

Things to Do Around St Helens

Traditional attractions around St Helens are the award-winning World of Glass attraction and the North West Museum of Road Transport with a fine collection of vintage cars and other vehicles.

The Theatre Royal and the Citadel Arts Centre put on a variety of cultural entertainment including jazz and blues.

Haydock Park Racecourse is nearby for an exciting day at the races or, if you prefer, watch the local Saints play Super League Rugby.

For walkers, Fir Tree Farm is an excellent ramble though the woodlands with a delightful country café. St Helens is in the heart of the Mersey Forest, England's largest community woodland. Sankey Valley is a lovely country park and climbing up Billinge Hill will give panoramic views from the summit.

Carr Mill Dam is on Merseyside's largest inland reservoir and has picturesque trails and lovely walks in the countryside. The National Wildflower Centre is another treat for those who enjoy wildlife. 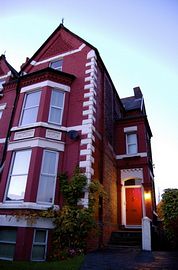 more self catering near St. Helens...

Days Out in St. Helens

Places to Visit near St. Helens