You are here:  Towns -> Places to Visit in Merseyside -> Earlestown

Things to do in Earlestown, Merseyside 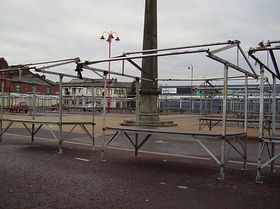 Earlestown is a suburb of Newton le Willows and owes much of its development to the coming of the railways in the 1830s.

It was well known throughout the world for locomotives built in the town. It also had a wagon works, coal mines and a sugar refinery. The industry disappeared a long time ago and Earlestown is now a commuter area for the surrounding cities and towns.

Earlestown Market probably attracts most visitors to the town. It is open every Monday and Friday and is one of the largest in the North West. Adjacent to the market is the pedestrianised main street with a selection of multiple and local retailers.

more self catering near Earlestown...

Days Out in Earlestown

Places to Visit near Earlestown