You are here:  Attractions -> Things to Do in Greater London -> The O2


Since opening in June 2007, The O2 has hosted an outstanding array of awe-inspiring performers. The O2 is officially the world's most popular music and entertainment venue.

This epic stage has truly created a new benchmark in what both fan and performer can, and should, expect from a rock or pop concert in the UK. The world's hottest and most sought after acts have all rocked The O2, creating some of the most phenomenal and memorable live music experiences in recent years.

Bon Jovi was the band to open The O2 arena to the public, then followed a whole host of 'first-time' performances, by the likes of Tina Turner: Live in Concert tour March 08, the first time the star 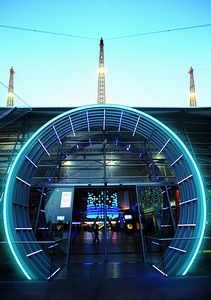 had played a concert in the UK for nine years! Led Zeppelin also joined in the fun by playing their first gig in 25 years back in December 07, along with the iconic Brit girl group The Spice Girls, who returned to wow sold out crowds after almost a decade.

The O2 isn't just the number one music venue worldwide, it is also host to many magical family events like Disney on Ice, Christmas Spectacular and has put on an array of exciting sporting events such as the NBA Basketball and ATP Tennis.

It doesn't stop there! The arena itself only takes up 40% of space under the huge tent, leaving plenty of room to house the largest cinema screens in the UK, 11 to be precise, around 24 popular Bars and Restaurants along Entertainment Avenue, as well as some unique and versatile spaces; Meridian Gardens and London Piazza, both of which have put on various popular events since opening, from roller discos and indoor ski slopes, to a man made beach and spectacular shows and performances such as Peter Pan in late 2009 and Afrika! Afrika in early 2008!

To put into perspective just how big this venue actually is, did you know that if you turned The O2 upside down, it would take Niagara Falls 15 minutes to fill it? Alternatively, you could fill it with 3.8 billion pints of beer or the contents of 1,100 Olympic-sized swimming pools…. Also, the volume of The O2 is equal to 13 Albert Halls, ten St Paul's Cathedrals, or two old Wembley Stadiums and a whopping 18,000 double-decker buses could fit into The O2! And if that still doesn't give you an idea of just how big The O2 is, the Eiffel Tower could fit inside The O2 lying on its side…. Zut alors! 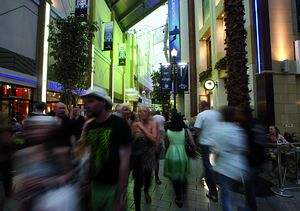 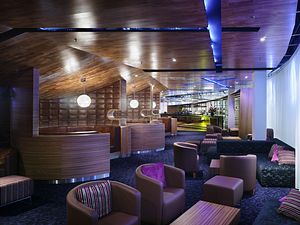 Days Out near The O2

Places to Visit near The O2