You are here:  Towns -> Places to Visit in Hampshire -> Hartley Wintney

Things to do in Hartley Wintney, Hampshire

Situated in the county of Hampshire, Hartley Wintney is a large village on the River Hart. 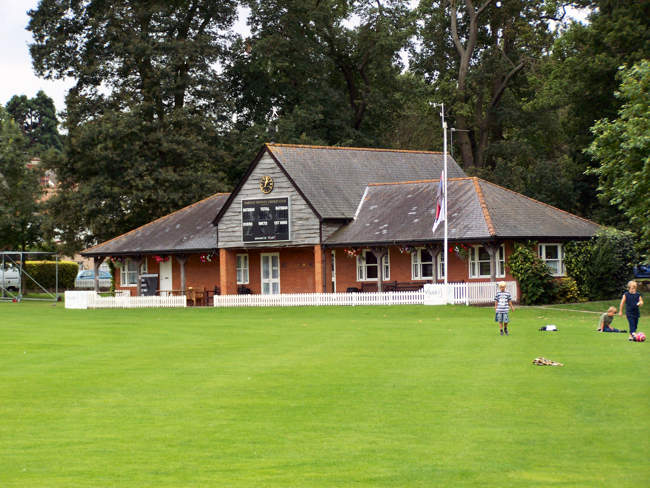 It is located between Basingstoke and Camberley and is close to the M3, making it very accessible for commuters.

The estimated population of the village is currently over 5,000. It has grown from the 1139 people shown in 1831 records.

Hartley Wintney was part of Earl Harold's estate prior to the Norman Conquest and developed as a typical Mediaeval village around a Priory, the Manor Barn and the church. 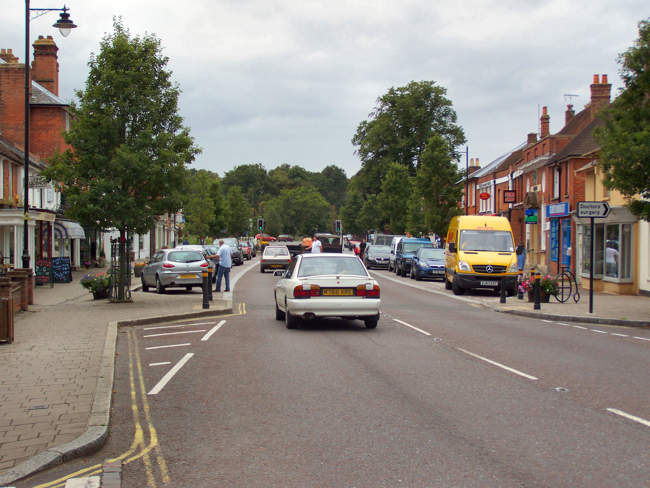 King John rode through the village en route to sign the Magna Carta at Runnymede and it was a royal deer park for over 600 years.

Elvethan Hall, now a hotel, was the home of Jane Seymour's family.

She was Henry VIII's third wife and died after giving birth to Henry's only male heir, Edward.

Elizabeth I was later entertained at Elvethan Hall by Jane's father and nephew. 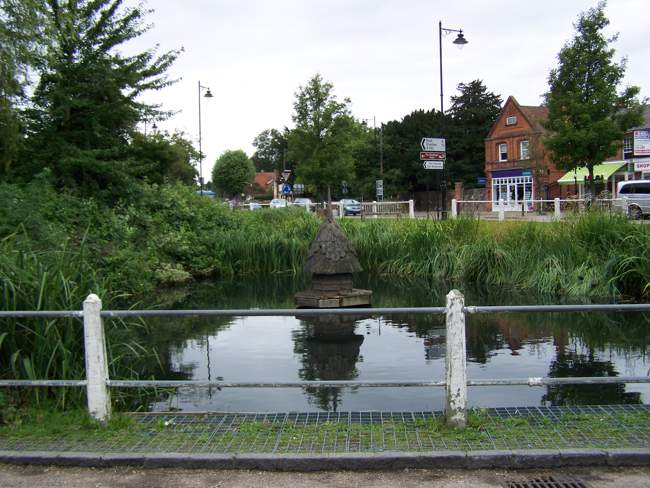 It is no longer in use but has a large churchyard with some interesting headstones and good wall paintings inside.

The current Parish Church of St John overlooks the village green and is surrounded by Mildmay oak trees.

These were planted in 1807 by Lady St John Mildmay in response to an appeal from the Admiralty to plant more oaks to provide wood for future naval ships.

These, fortunately, were spared, thanks to the modern progress in shipbuilding. 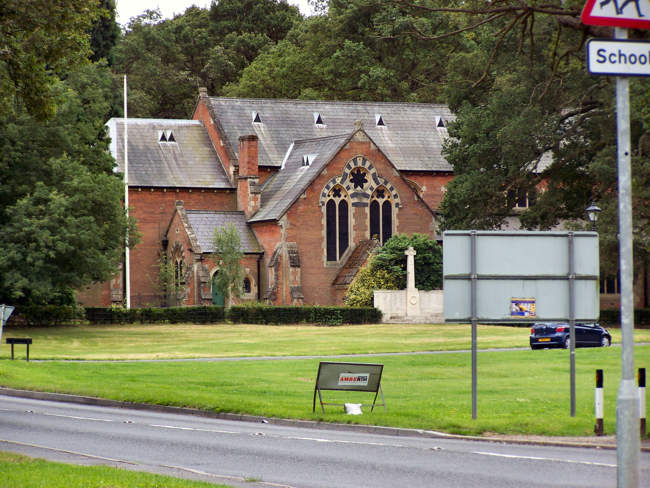 Hartley Wintney has a broad main street which is lined with local shops and businesses.

The village has several antique shops which add to the charm of this historic village.

There are two old and historic pubs in the village: the Phoenix Inn and The Lamb.

The Victoria Hall was built in 1897 by architect Thomas Edward Collcutt and opened by Lady Calthorpe a year later as part of the Silver Jubilee celebrations of Queen Victoria. 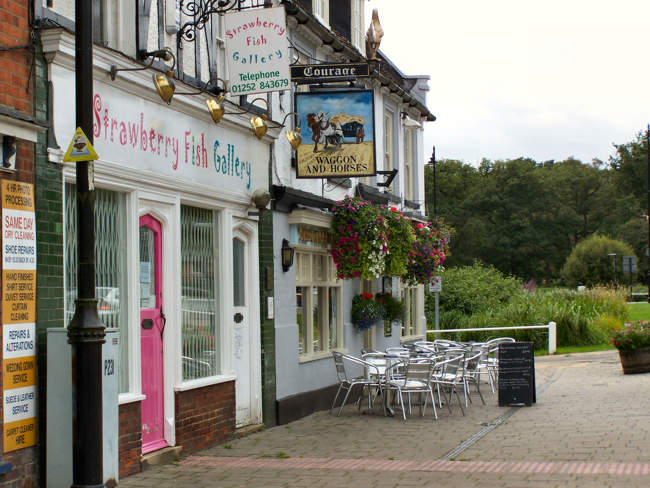 The Waggon and Horses

Its recent restoration and extension won it the Hart Design Award in 2002.

The picturesque village duck pond on the village green is overlooked by a thatched duck house.

The village cricket club is the oldest in Hampshire and the game is played on the cricket green behind the shops, which once served the horse-drawn coaches.

The pitch itself is the oldest continuously played cricket pitch in the world, founded in 1770.

It is worth a detour to see, as it has another lovely duck pond and a neighbouring Dutch-gabled farmhouse which make a pretty sight. 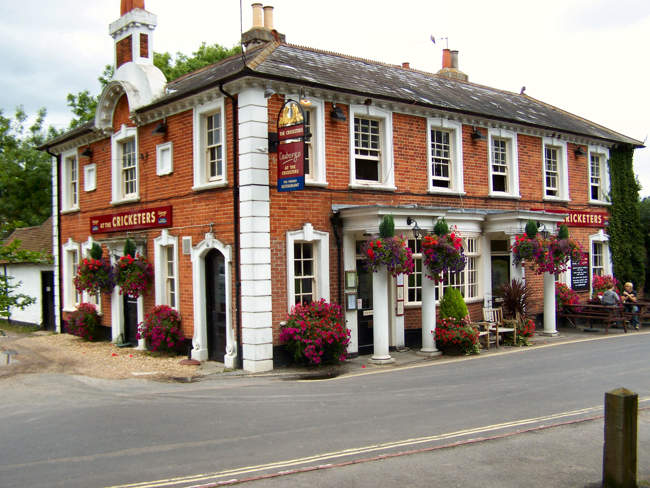 Hartley Wintney is served by the nearby railway station at Winchfield, about 1.6 miles (2.6km) away.

There are also regular buses to Basingstoke and Camberley.

Things to do in Hartley Wintney

The area around Hartley Wintney is popular for country walks as there are many footpaths in the area.

West Green House in Hartley Wintney is managed on a lease by The National Trust.

It is well worth visiting to see the magnificent gardens which are among the Top 50 Gardens in Britain. 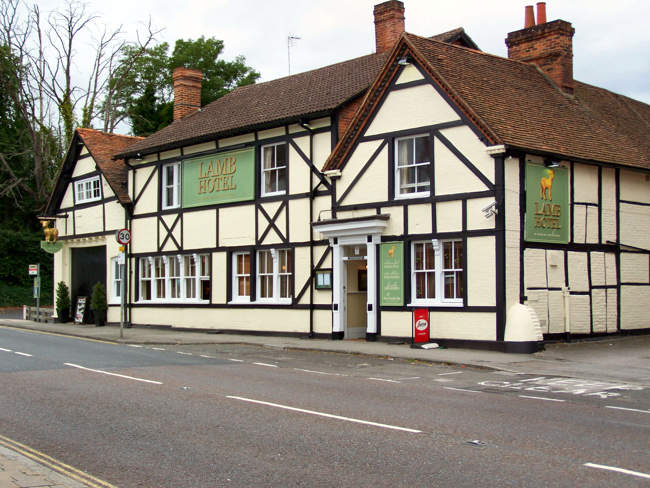 It was formerly the home of Lt. General Henry "Hangman" Hawley, infamous for his brutal treatment of the Scots at the Battle of Culloden.

He is buried in the family vault in St Mary's Church.

Field Marshal Alan Brooke lived in the village until his death in 1963.

Days Out in Hartley Wintney

Places to Visit near Hartley Wintney