You are here:  Counties -> Things to do in Wiltshire 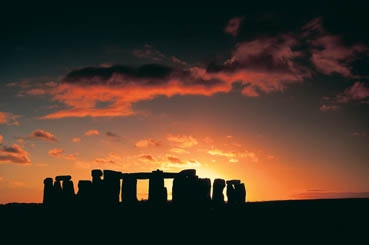 The County of Wiltshire is situated at the gateway to the West Country, much of the County is designated an Area of Outstanding Natural Beauty. Few Counties in England can equal Wiltshire's ancient monuments and burial grounds, a unique feature of its mystical landscape.

Wiltshire is well known for the eight white horses carved into hillsides. You can enjoy the Wiltshire countryside by walking the White Horse Trail.

Wiltshire offers the gentle pastime of canal boating along the Kennet and Avon Canal, the towpath is excellent for walking and cycling. Historic Churches and homes, beautiful gardens, adventure playgrounds and the world famous Safari Park at Longleat are just a few reasons to visit Wiltshire.

This is an area of wooded river valleys, rolling down land and picturesque villages. Among these are the film locations of Castle Combe, acclaimed as England's prettiest village and the National Trust village of Lacock. Chippenham is an ideal location for touring the area.

Swindon is the largest town in the county, where the history of Brunel's railway has been brought to life at STEAM - Museum of the Great Western Railway.

Tourist information is available in the town hall at Malmesbury, England's oldest borough; its history goes back 1500 years. The magnificent Norman Abbey and its gardens are well worth visiting.

Kennet is the heart of Wiltshire, encompassing many of the counties historic monuments. West Kennet Longbarrow, built around 3,500 BC, is one of Britain's largest Stone Age burial tombs.

Close to Marlborough is Silbury Hill a 132ft high man made hill, its purpose remains a mystery. The monument complex at Avebury is one of the greatest achievements of prehistoric Europe. The great stone circle and inner circles are surrounded by a massive bank and ditch, forming a 'henge' monument built around 2,700 BC. For an overview of the world's biggest stone circle visit the Alexander Kieller Museum on site.

Devizes, the central market town of Wiltshire, can boast of one of the largest castles in southern England. Devizes is home of the Caen Hill locks, a flight of 29 canal locks which rise over 237 feet over a three mile stretch.

Historic towns in the area, stand as a legacy to the era of the cloth trade that provided the varied architecture seen today.

Bradford on Avon is set on the banks of the River Avon, its bridge was constructed more than 400 years ago. The Church of St. Laurence is one of the most complete surviving Saxon churches in the country.

Melksham has a fascinating history; an attempt was made in 1815 to develop it as a spa town, although the enterprise was unsuccessful, some fine Regency building remains in the town.

Trowbridge is the County town of Wiltshire with a good shopping centre. The Courts Garden is a gem of an English country garden, well worth a visit. Nearby is Westonbirt Arboretum, with exotic trees from around the world and 18 miles of walks. 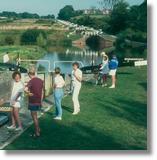 Popular towns in this part of the county include Salisbury, Amesbury and Mere. The massive Iron Age hillfort of Old Sarum is the site of the original City of Salisbury. The fort was used by the Romans, Saxons and Normans and grew into one of the most flourishing settlements in medieval England.

Today Salisbury is a thriving tourist centre, the magnificent Cathedral has the tallest spire in England. The city has many fine historic buildings, the world's oldest working clock and one of the four surviving copies of the Magna Carta. Visitors are also drawn to the city because of its proximity to the World Heritage site Stonehenge.

Days out in Wiltshire


Places to Visit in Wiltshire