You are here:  Attractions -> Things to Do in Wiltshire -> Lacock Abbey 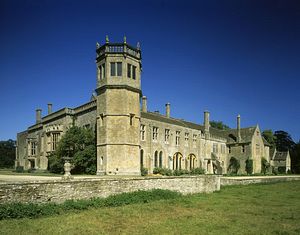 Lacock Abbey has frequently been used as the setting for such classic films as Emma, Pride and Prejudice and Robin Hood. Younger visitors will no doubt be enthralled to know that the abbey was also used for the filming of the spooky nights at Harry Potter's Hogwarts School for Wizardry and Witchcraft.

Lacock Abbey was founded in 1232 by Lady Ela, Countess of Salisbury, for the Order of Augustinians Canonesses. A visit to the former abbey will reveal a fascinating insight into the lives of upper class women who failed to marry. Deprived of the opportunity for a career, becoming a nun opened up new possibilities for independence and responsibility for well-to-do women.

The abbey prospered during the Middle Ages 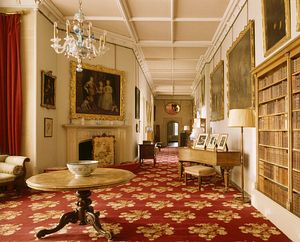 with its income from the wool produced on the rich farmland. However, like many religious organizations, Lacock Abbey's work came to an abrupt end in 1536. It was actually the very last house of religious order to be closed under Henry VIII's Reformation of the English Church.

The buildings were sold to William Sharington in 1539, who added the Tudor rooms. He gradually converted the nuns' dormitories and refectory buildings into a family home, demolishing the old Abbey church in the process. The impressive octagonal tower feature was added at this time and the beautiful cloisters were fortunately preserved.

Sharington himself was no saint and he narrowly escaped execution when his crooked dealings in debasing coins came to light.

Visitors exploring the tower will be impressed by the remarkable stone table in the tower room. It is decorated with the Sharington family icons of scorpions and hideous leering mythological satyr figures.

The hall also has many terracotta figures in purpose-built niches which were the idea of John Ivory Talbot in 1754 to create a mock Gothic style.

The abbey eventually passed to William Henry Fox Talbot who developed the first photographic negative in 1835. This was the remarkable first step in the process of modern photography.

His first image was of the lovely 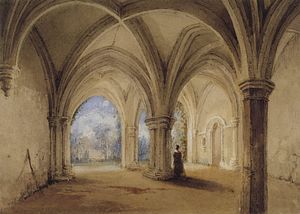 oriel window in the southern gallery and it is part of the photographic exhibition which is now on display in the medieval barn near the gates of Lacock Abbey. The fascinating museum of Talbot's pioneering work will be of particular interest to those interested in photography and science.

Lacock Abbey is in a beautiful setting near Chippenham, surrounded by the water meadows of the River Avon. The peaceful cloisters and historic buildings still offer a peaceful and serene atmosphere of 300 years of quiet religious contemplation.

The Lacock Abbey gardens include a restored greenhouse in the botanical gardens and many colourful spring bulbs and summer borders.

The village of Lacock is close to the Abbey and there are several streets of 18th century shops, cottages, a church and several old inns along with the old tithe barn.

Lacock Abbey was passed to the National Trust in 1944, along with the entire village. The whole location is now preserved in a time warp with no trace of 21st century life such as TV aerials to be seen.

The Abbey, village and Photographic Museum together make up an interesting attraction for visitors of all ages. There are several shops and tea rooms in the village where visitors can browse and enjoy light refreshments.

Days Out near Lacock Abbey

Places to Visit near Lacock Abbey