You are here:  Towns -> Places to Visit in Wiltshire -> Alton Barnes

Alton Barnes has become something of a centre for crop circle spotting, enthusiasts now converging in local pubs like the Barge Inn to discuss the latest pictograms.

About a mile north of the village is the Alton Barnes White Horse. Dating from 1812 the horse was commissioned by a local farmer, Robert Pile. The horse is one of several such features around Wiltshire. At various times throughout the year - the winter solstice for example - the horse is lit up with candles.

The sweeping Vale of Pewsey is close to Alton Barnes as is Silbury Hill- the largest man made hill in Europe. The Avebury Stone circle, West Kennet long barrow and Swallowhead springs are also to be found nearby.

This area of Wiltshire has a mystical charm and is generally less commercialised than some similar, but the more mainstream areas. 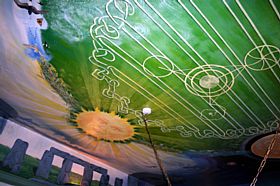 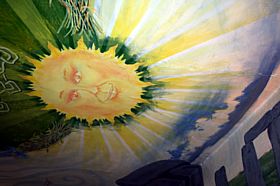 Days Out in Alton Barnes

Places to Visit near Alton Barnes