You are here:  Towns -> Places to Visit in Wiltshire -> Chippenham

Things to do in Chippenham, Wiltshire

This attractive market town is an ideal base for exploring Wiltshire. It is sited on the River Avon, which provides lovely peaceful walking and cycling routes. 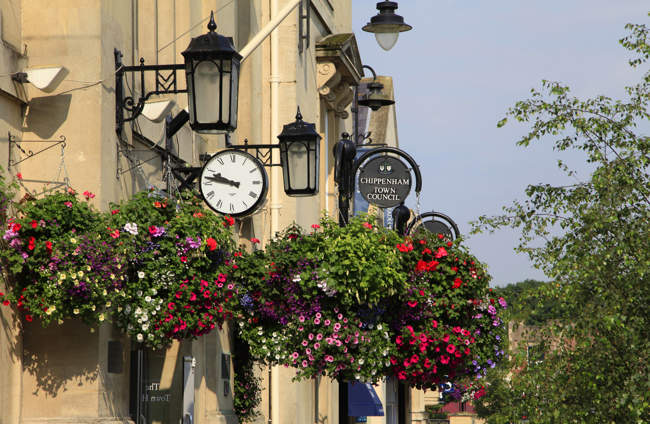 It has some great historic buildings, such as the Town Hall, the Chippenham Museum & Heritage Centre, the Yelde Hall and the Butter Cross. 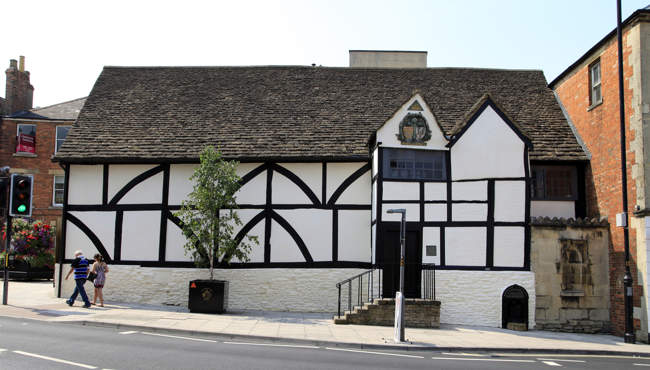 There has been some form of settlement at Chippenham since before Roman Times, so there is plenty of history to discover when you visit. 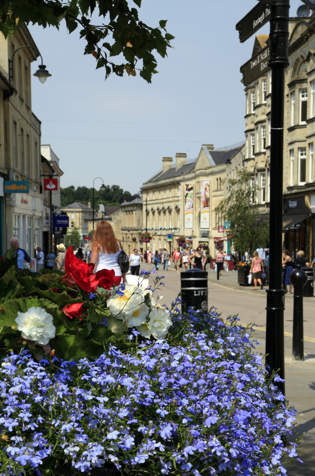 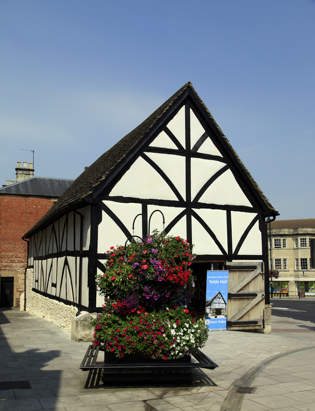 Originally a wool town, Chippenham really became established as a successful market town with the arrival of the Wilts and Berks Canal, and later the Great Western Railway.

The evolution of these two transport links allowed new businesses to set up in the town, which in turn lead to the need for new employees requiring new housing, thus starting the expansion of Chippenham.

Things to do in Chippenham

When you're exploring the historic heart of Chippenham you will discover the Town Hall, the Museum and Heritage Centre, the Buttercross and the Yelde Hall.

The Town Hall dates from 1834, and is the hub of town life - this is where the people of Chippenham can get married, and where the council meets, along with the various exhibitions and conferences that are held throughout the year. 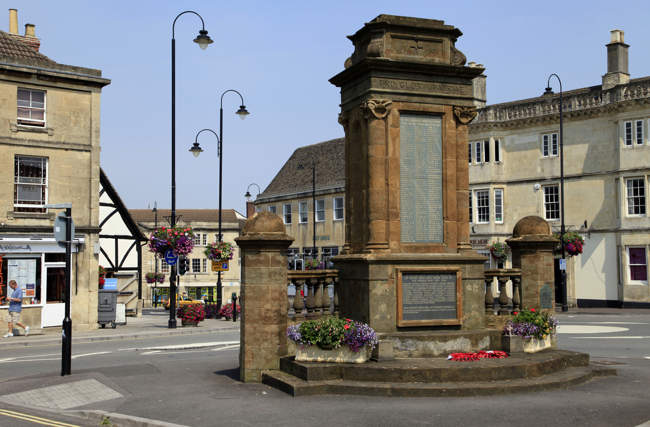 The Chippenham Museum and Heritage Centre has been created in the former Magistrate's Court, and tells the story of Chippenham from the Saxon Era to Modern Times. 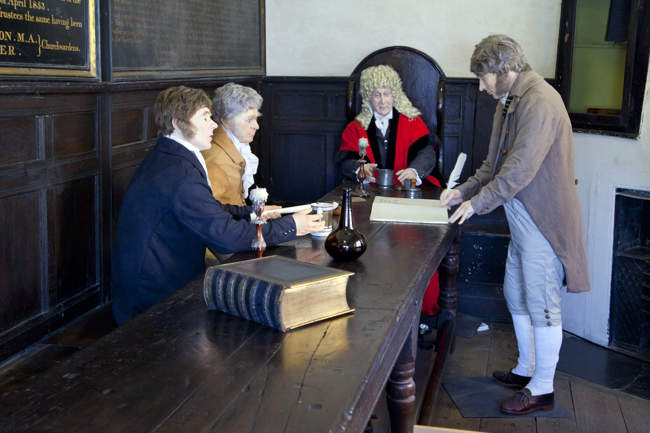 The Buttercross was first constructed around 1570 in the Shambles in the town, and was used as a marketplace. 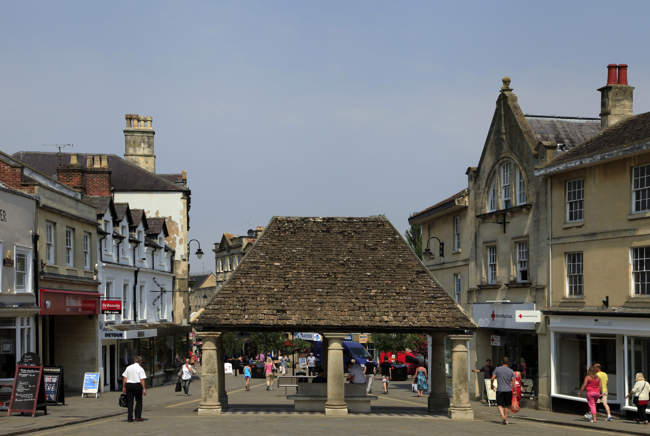 It subsequently was bought by the owner of Castle Combe Manor House in 1889 (for only £6!) and re-constructed at the Manor House.

However the Buttercross fell into disrepair, and was re-erected by the Chippenham Civic Society in 1995 at the centre of the town (with the help of many donations from local people).

The Yelde Hall is another building with a long history - it started as a medieval market hall, with the upstairs meeting room being used for council meetings and trials. 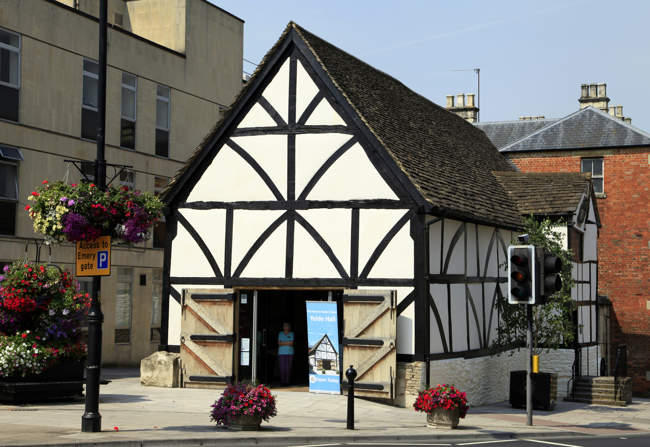 Once the Town Hall was built in 1841, The Yelde was used for a variety of purposes such as the Chippenham Savings Bank, the Fire Station, the Tourist Information Centre, and the Chippenham Museum. 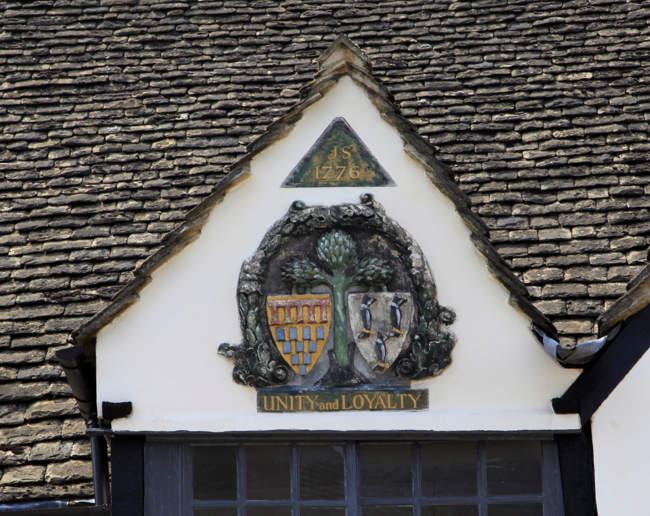 The main Museum has now moved to a separate building, so the Yelde is now an extension of that Museum. 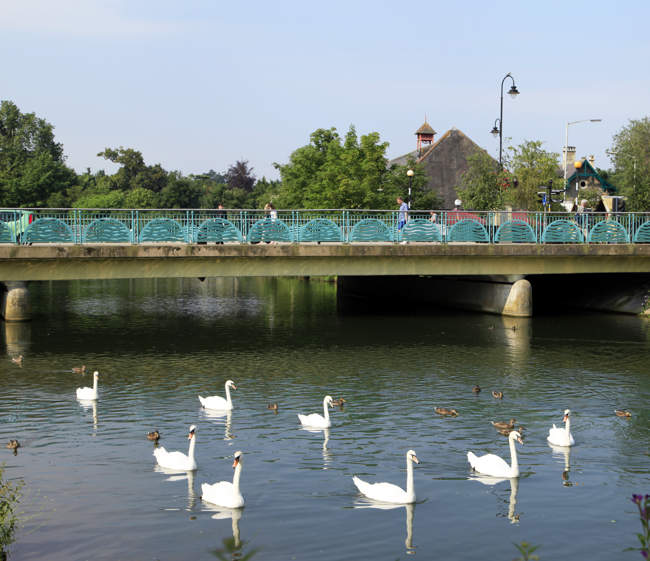 There are many parks, play areas and sports grounds in Chippenham, with John Coles Park being the most popular. 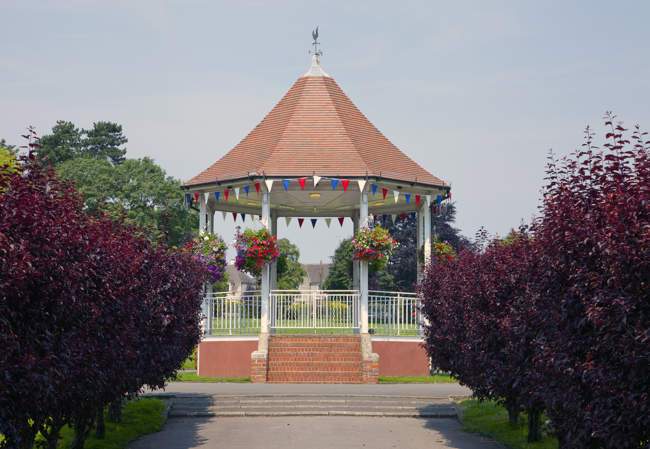 Here you'll find loads for the young and old to do, including a bandstand, a children's splashpad (to get the kids really wet!), a lovely circular walk though mature trees, tennis courts and a refreshment kiosk. 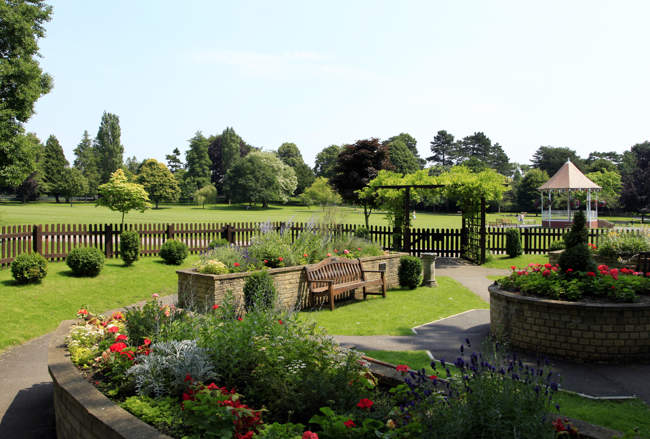 There are all manner of outdoor sports at Stanley Park, which is one of Wiltshire's largest sports grounds - football, rugby and table tennis to name a few! 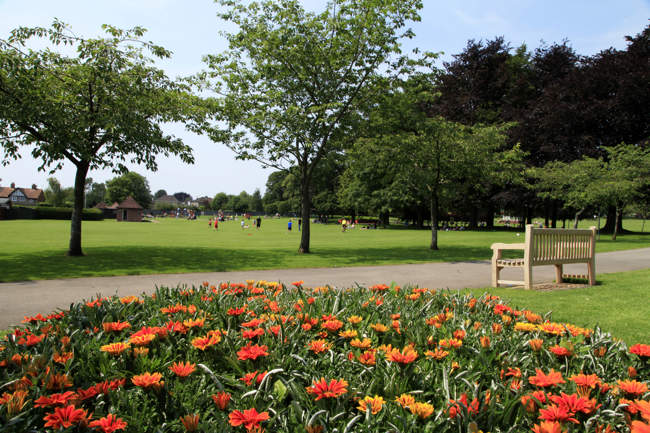 You'll find some lovely walks in Chippenham by the River Avon, and the disused Wilts and Berks Canal. 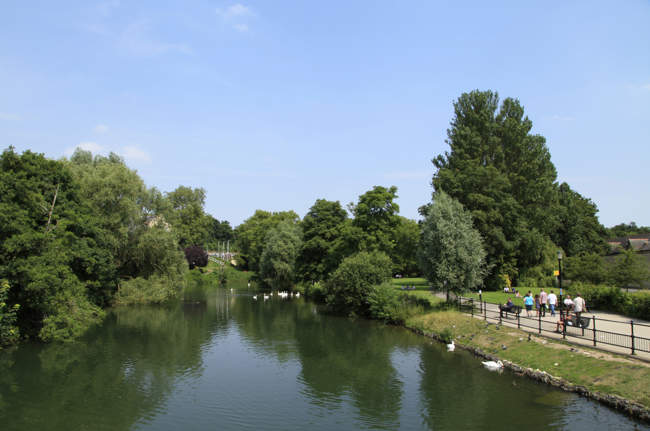 There's lots of good shopping in Chippenham - with two shopping centres (Emery Gate and Borough Parade) and pedestrianised streets (High Street and Market Place) in the centre of the town, and bustling street markets in the High Street on Fridays and Saturdays. 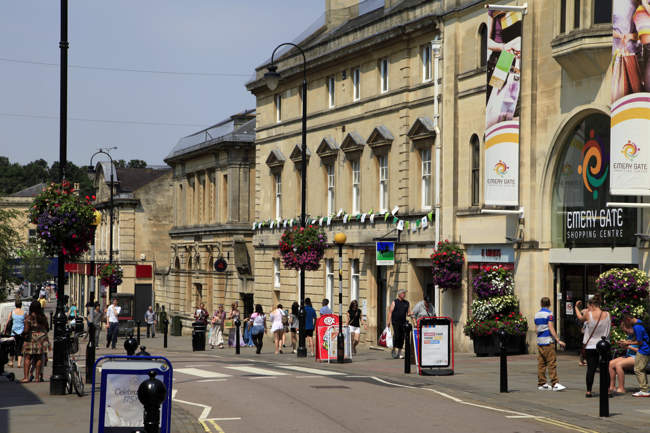 There are many popular night clubs and restaurants in the centre of Chippenham for you to visit. In fact, the town centre has been awarded the Purple Flag in recognition of the town's high standard and safety of the town centre at night.

The Purple Flag is awarded to places which have a vibrant mix of entertainment between the hours of 6pm and 5am that are safe for local residents and tourists. 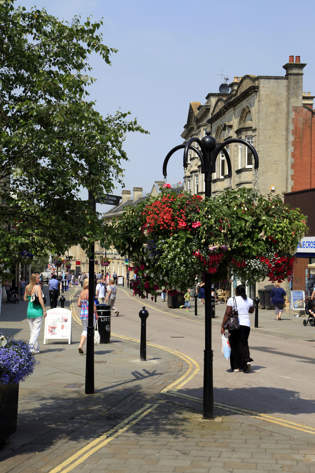 Flowers and Shops in Chippenham © www.visitwiltshire.co.uk 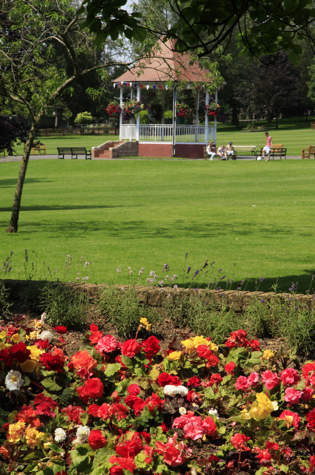 There are some really good pubs and restaurants to visit in the evening in Chippenham. The Rising Sun, The Gladstone Arms and La Flambe Restaurant are all popular venues for a delicious meal out.

If you visit Chippenham on the last bank holiday weekend in May, you will be able to attend the Chippenham Folk Festival, which has over 200 traditional folk music events and performances spread over the four days, at various venues in the town. 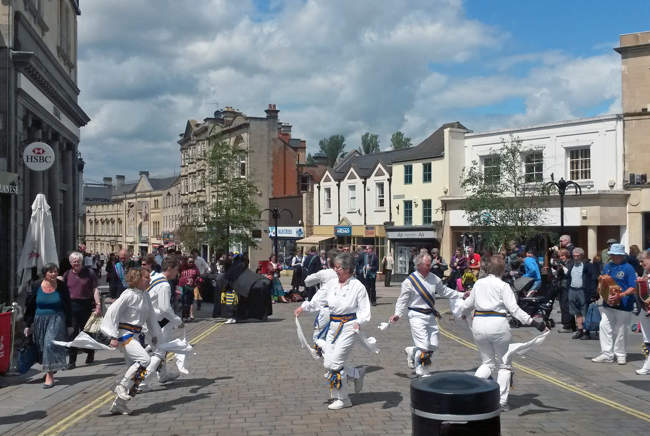 Combined with the traditional street fair in the centre of town, there'll be plenty for you to do over the weekend.

The Folk Festival is closely followed by ChippFest, which is a music arts and drama festival which is in town for 10 days at the end of June / beginning of July each year. 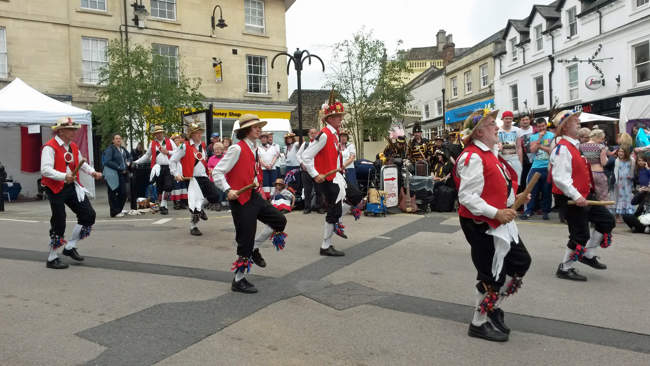 If you want culture in Chippenham at other times, try the Neeld Community and Arts Centre, which has many professional shows and live music throughout the year.

Places to Visit Near to Chippenham 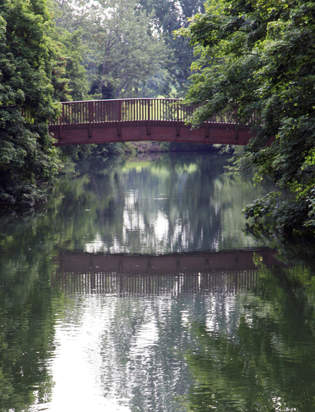 The postcard-perfect village of Castle Combe is only six miles from Chippenham - it is often claimed to be the prettiest village in England!

Lacock is a picturesque village owned by the National Trust, with lots of interesting history to see - lovely old cottages, a workhouse, the tithe barn and a village church. It is often used for filming TV and cinema films, so you may well recognise some of the village.

Don't forget nearby Lacock Abbey, which is a peaceful historic building set in the water meadows of the Avon.

If you're looking for adrenaline fuelled excitement, you can always visit the Castle Combe Circuit, where you can watch top-class motor sport, or participate yourself on an experience day! 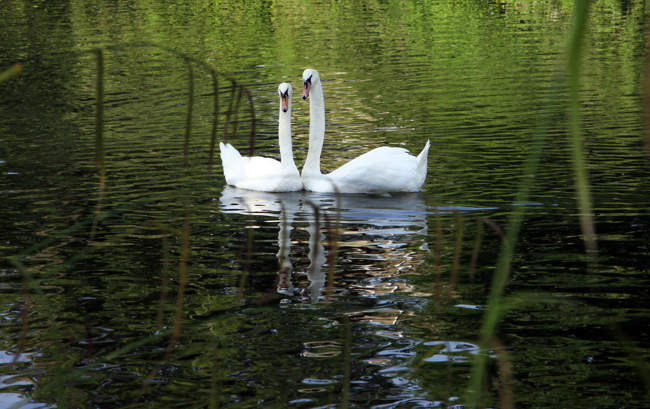 Swans on the River Avon © www.visitwiltshire.co.uk

For a day out for the whole family Longleat is well worth a visit, if you're staying in Chippenham. There's a safari park, a stately home and an adventure park to explore!

Chippenham is very easy to get to - it is situated on multiple major transport links.

By Train:
It is only an hour's train journey to Chippenham from London Paddington, 30 minutes from Bristol and one hour from South Wales.

By Coach:
There are direct coach services (National Express) from London, Swansea and Northampton.


Things to do in Wiltshire 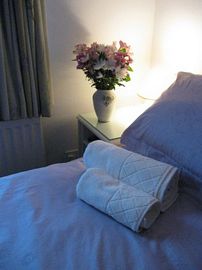 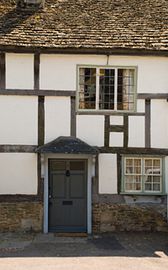 more self catering near Chippenham...

Days Out in Chippenham

Places to Visit near Chippenham