The North York Moors National Park was designated in 1952.

It covers an area of 554 square miles / 1,436 square km and is the largest expanse of heather moorland in England and Wales. 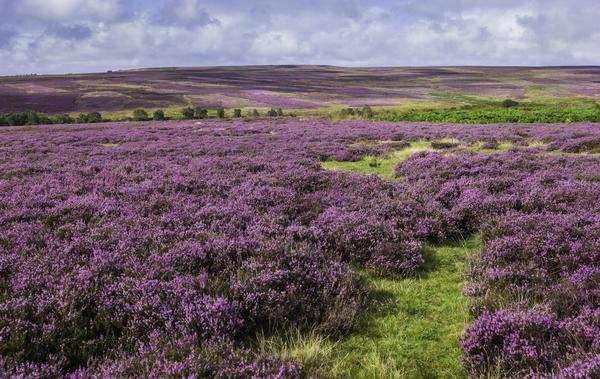 North York Moors National Park stretches from Saltburn in the north to Helmsley in the south, and from the Cleveland Hills in the west to the north-east coast of England. 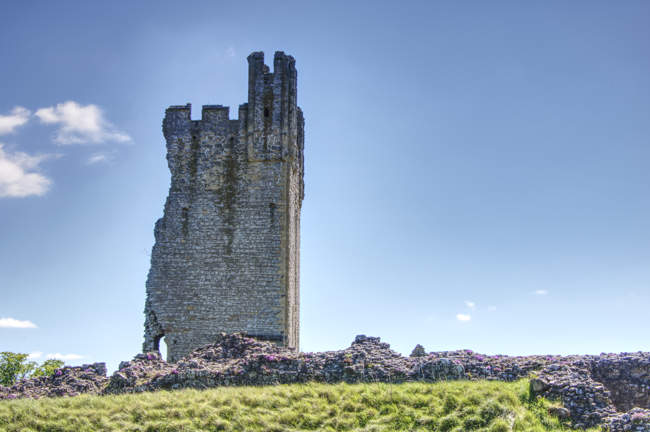 In late summer the North York Moors National Park can be seen at its best, when the purple heather covers the high moorland and in autumn, when the bracken turns to dark gold. 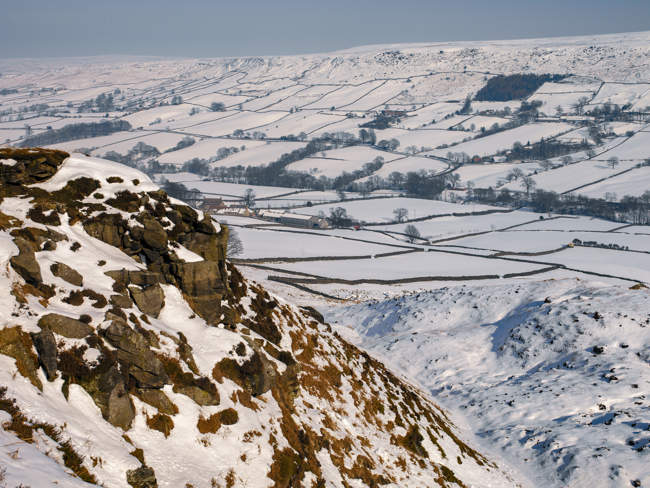 The high moorland plateau has wide-open views stretching for miles, river valleys (dales) divide the moors, some wide and grassy, others narrow and wooded.

Sheep and cattle graze the fields, which are surrounded by drystone walls, these are typical of the north Yorkshire moors. 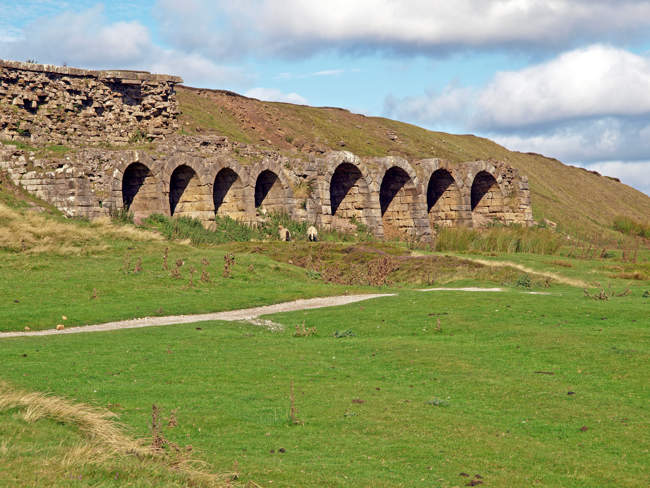 Although agriculture is the main occupation on the moors, there are signs of an industrial past, with mining for coal, jet, limestone and iron ore. 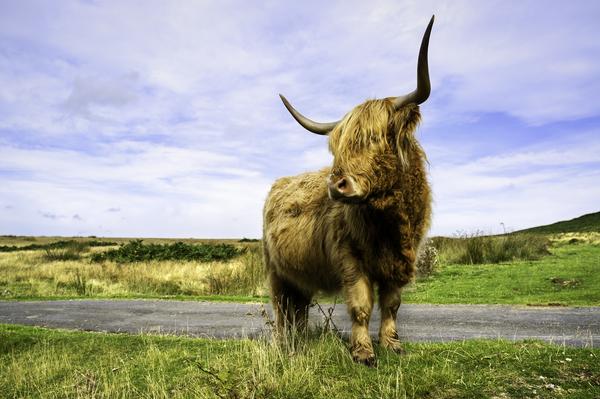 The North Yorkshire Moors have been inhabited since the time of early man, the evidence is to be found in the remains of ancient burial chambers, standing stones, forts and stone crosses. 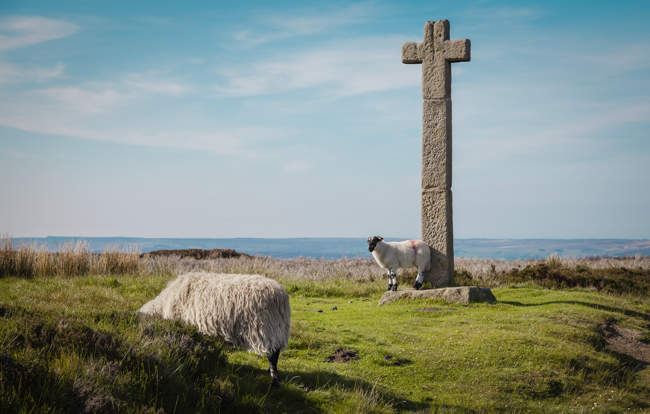 Proof of Roman occupation can be found on Wheeldale Moor, where a Roman Road over a mile long, built in 1st century AD, known as Wade's Causway, has been preserved. 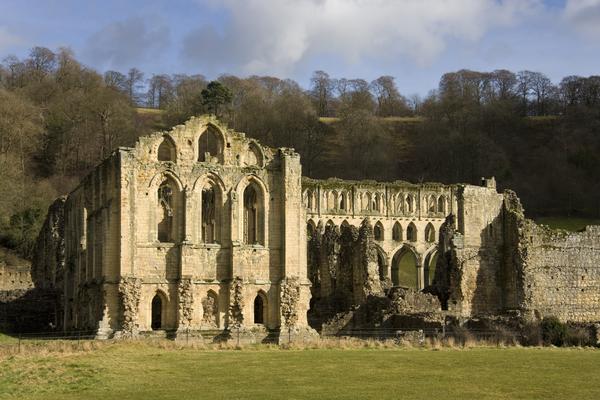 The ruins of great Yorkshire monastic houses such as Rievaulx, old castles and many fine listed buildings provide archaeological and historical interest throughout the National Park. 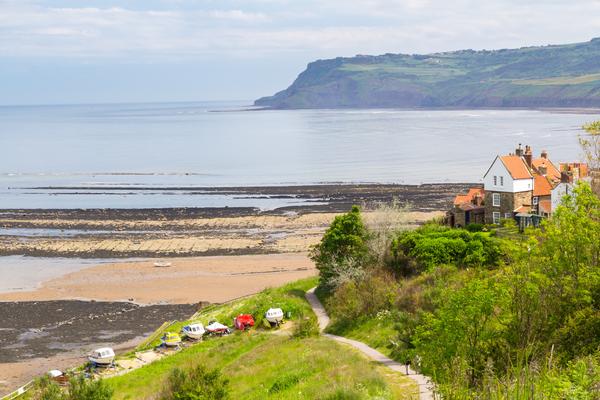 The River Esk, is one of the main rivers in the North York Moors National Park. 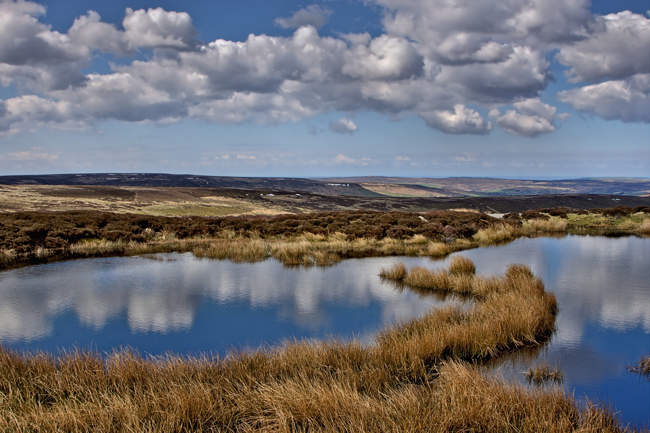 It starts at Westerdale as a collection of becks known as Esklets and flows east into the sea at Whitby.

The River Esk is the only river in Yorkshire where fishermen can find sea trout and salmon. Otters, bank voles, kingfishers and dippers are just some of the wildlife to be found in the river habitat. 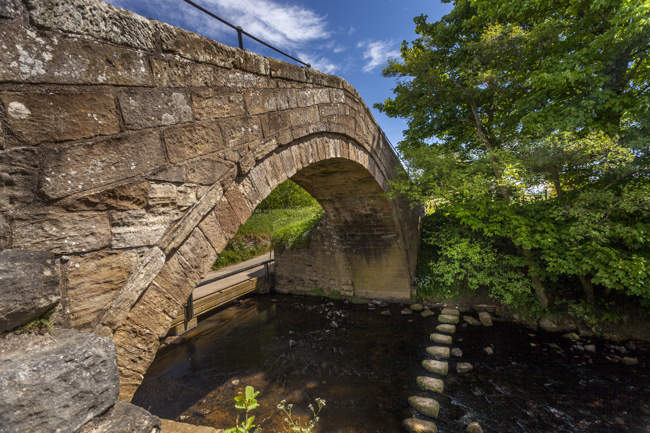 A post-medieval packhorse bridge over the River Esk at Danby © Mark - stock.adobe.com

Fitlingdale Moor is the source of the River Derwent, which flows south bringing the main supply of drinking water to Scarborough.

One of the most popular attractions in the Park is the 18 mile North Yorkshire Moors Railway, which runs between the market town of Pickering and the village of Grosmont. 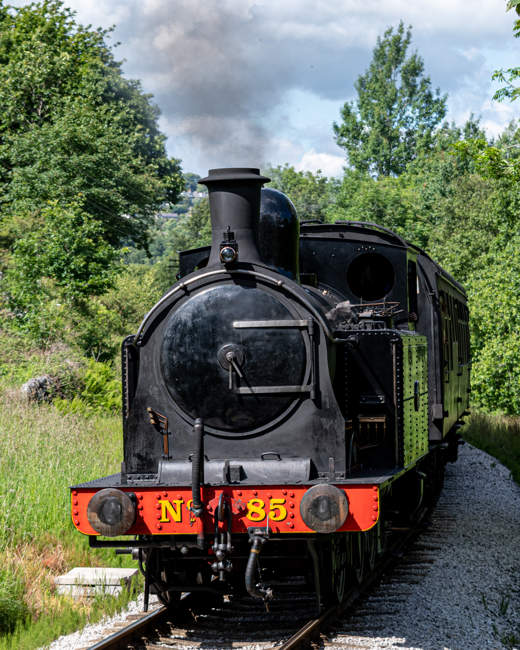 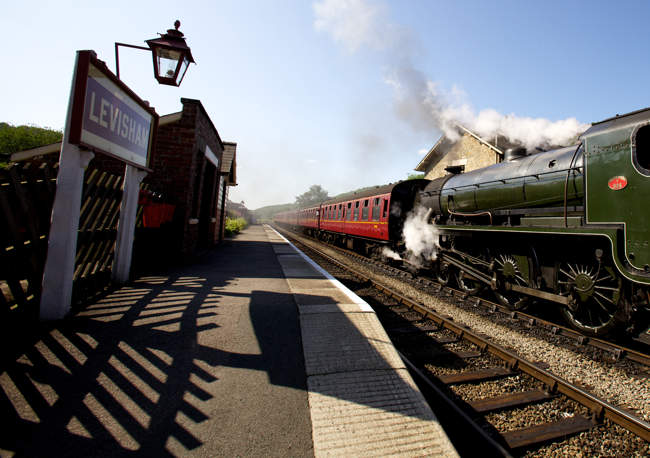 One of the earliest lines in the country, it was completed by George Stephenson in 1835. With a day rover ticket you can stop to explore the delights of the North York Moors National Park. 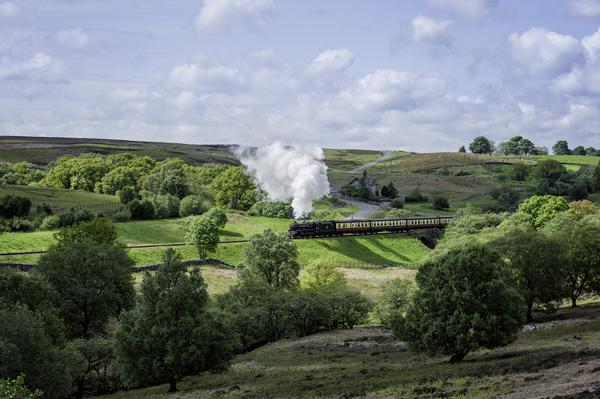 By breaking your journey you can explore Pickering, Levisham, Goathland and Grosmont stations and also take one of the many splendid walks across the moorland and through wooded valleys. 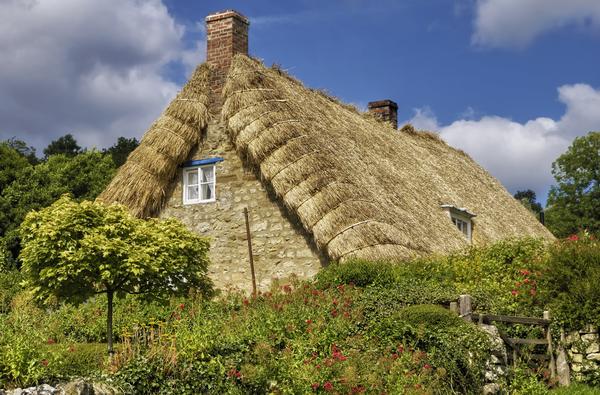 The 26 mile heritage coast line of the North York Moors National Park is spectacular, with towering cliffs which reach 650 feet / 200 metres at Boulby; the highest point on the east coast of England.

Robin Hood Bay, associated with fishing and smuggling, is the focal point of the coastline. 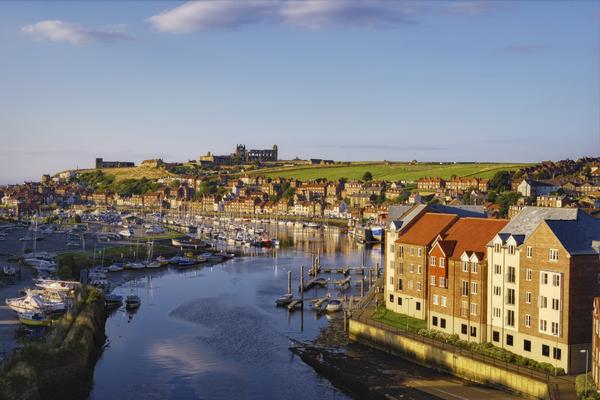 You can visit the Captain James Cook Memorial Museum at Whitby, which has a fine sandy beach, historic Georgian buildings, and a ruined abbey. 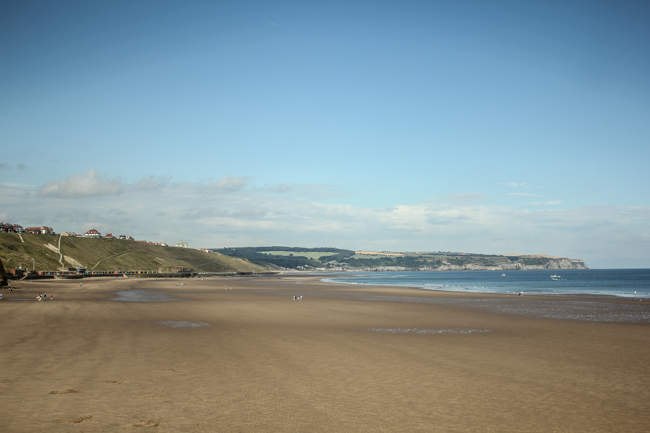 Walkers will enjoy the fine views from the Cleveland Way national trail, which runs the entire length of the coastline of the North York Moors National Park. 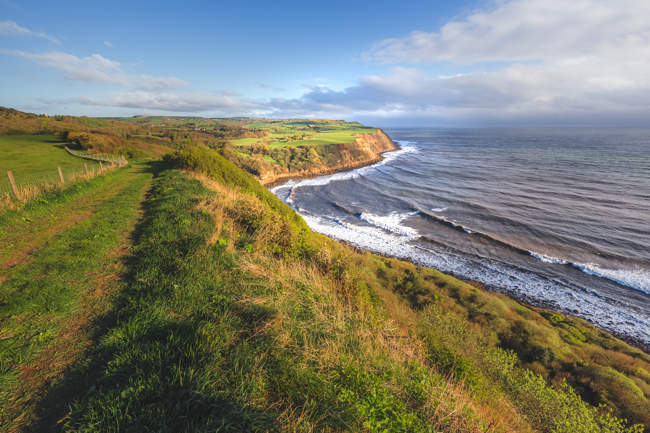 You can find more information on the North York Moors National Park Website, or continue reading about other National Parks using the links at the bottom of the page. 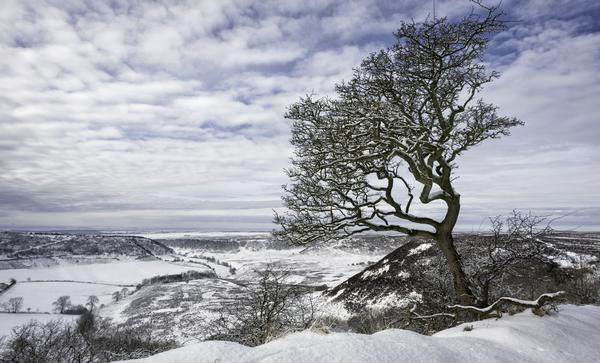 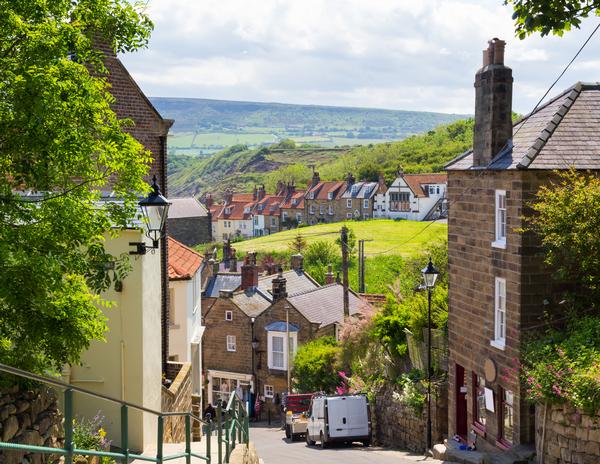