You are here:  Attractions -> Things to Do in Hampshire -> D-Day Museum & Overlord Embroidery 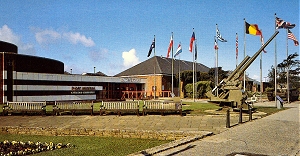 
D-Day was the turning point of the Second World War. Allied troops landed in occupied France as the first stage towards the defeat of the Nazi regime in Germany.

Portsmouth's D-Day Museum and Overlord Embroidery is Britain's only museum dedicated just to this momentous campaign.

The D-Day Museum tells the dramatic story of 'Operation Overlord' (the codename for the Normandy Landings of June-August 1944).

The museum is situated in Portsmouth because of the role played by the city in 1944 in the planning and support of D-Day.

The Allied commanders were based nearby at Southwick House, Portsmouth Dockyard and other local naval bases equipped and supplied the Allied fleet, and tens of thousands of soldiers gathered in the area before making the crossing to 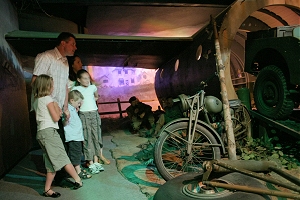 The centrepiece of the D-Day Museum is a great work of art, the Overlord Embroidery, which portrays the story of D-Day and the Battle of Normandy. With 34 panels totalling 272 feet (83 metres) in length, it is the world's longest embroidery and the modern equivalent to the Bayeux Tapestry.

It traces in stunning visual form the progress of 'Operation Overlord' from its origins in the dark days of 1940 to victory in Normandy in 1944. The Embroidery was designed by Sandra Lawrence and made by the Royal School of Needlework between 1968 and 1973.

It was commissioned by the late Lord Dulverton of Batsford as a tribute to the sacrifice and heroism of those men and women who took part in Operation Overlord. An accompanying multi-language audio commentary brings the details of the Overlord Embroidery to life.

The Museum's unique and dramatic film show uses archive film to create a moving experience that captures the atmosphere of the wartime years. The remainder of the museum features stirring displays and exhibits on the Home Front, planning D-Day, the Mulberry Harbours, the airborne operations, and the beach landings.

There is a chance to go on board an original 'LCVP' landing craft. You will experience what it was like to live through this period of wartime Britain and the vital part that the D-Day landings made to our Island history.

All the displays are on one level and completely accessible for wheelchair users, wheelchairs available on site, accessible toilets and a comprehensive souvenir and bookshop. 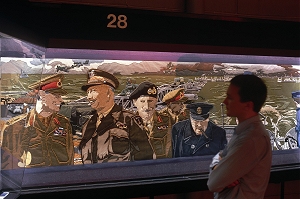 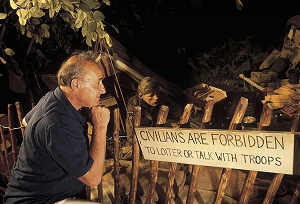 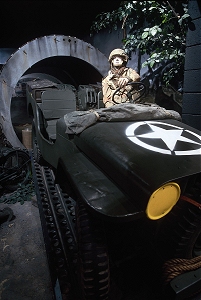 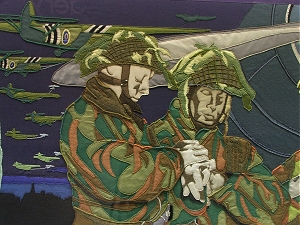