You are here:  Attractions -> Things to Do in Cumbria -> Carlisle Castle 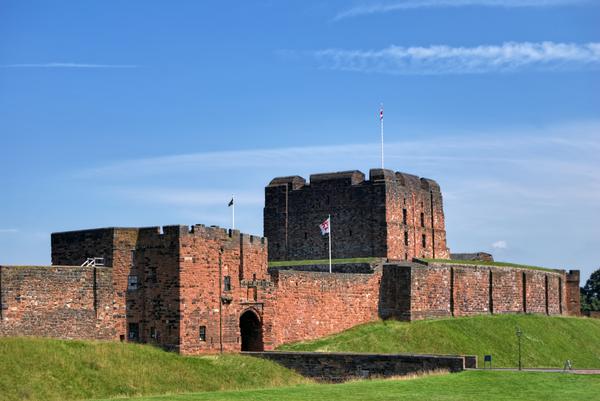 © Shutterstock / Kevin Eaves
Standing on the site of a Roman fort, Carlisle Castle is one of Cumbria's best loved landmarks. The sturdy walls of this well-maintained fortress have dominated Carlisle for the last 900 years.

Carlisle Castle covers approximately four acres within its sturdy curtain walls. This important strategic stronghold, on the English-Scottish border, passed in and out of the hands of the English and Scottish rulers throughout history. 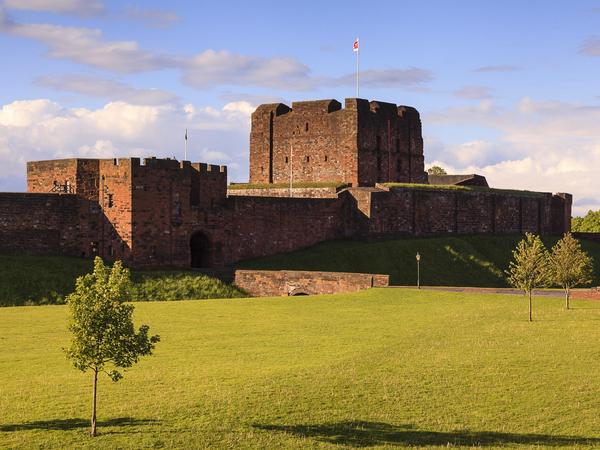 © Shutterstock / ATGImages
The original castle was built by William II in 1092 as a simple earthwork on the natural hilltop. It was later fortified with stone towers and a castle keep in 1122. It has an inner and an outer bailey and on its south side was a moat.

Even in the 16th century it was still regarded as an important defense and Henry VIII ordered many improvements including thickening the inner ward walls, and constructing an artillery lookout on the keep roof. 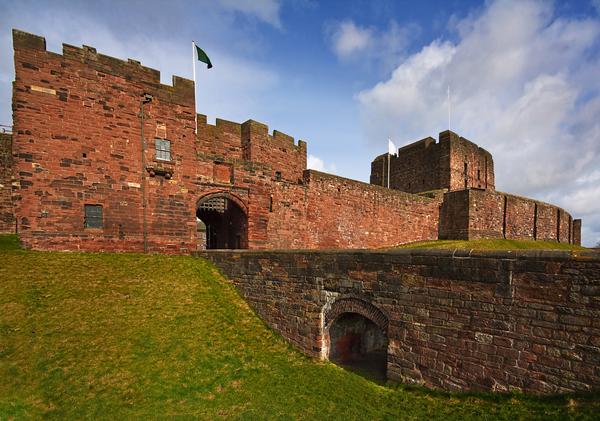 © Shutterstock / stocksolutions
Within the curtain walls lies the Outer Ward which was used as a parade ground. Many of the buildings seen here were built for the Border Regiment, one of the oldest regiments in the army, which occupied the castle until 1959.

The Regimental Museum within the castle traces the infantry history from 1702 onwards with uniforms, weapons and medals on display.

The Inner Ward would have been the royal headquarters and was used as such by Edward I in 1296. It would have accommodated the king, queen and royal court. By 1308 a tower was added specifically to provide accommodation for the royal family.

The final time it was used as a royal residence was when Mary Queen of Scots was imprisoned there after her abdication. 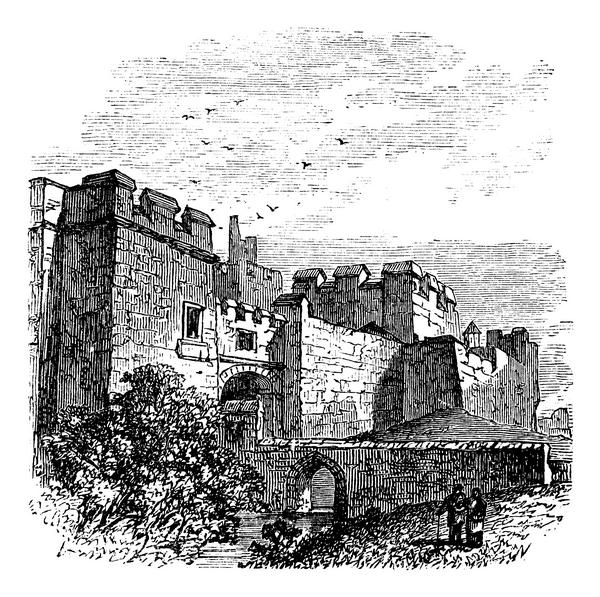 © Shutterstock / Morphart Creation
Visitors will see buildings made of both grey and red sandstone, the red sandstone being the slightly newer construction.

Check out the arched lintel in the outer gatehouse, also known as De Ireby's Tower, and see the engraved stone which was originally a third century Roman altar. The residence on the first floor would have been used by the sheriff.

Carlisle Castle holds the record as being the most besieged castle in the British Isles with ten major sieges in its history, mainly in the 12th century and the 13th century.

It played a significant role during the English Civil Wars and during the Jacobite Uprising of 1745-6 when Bonnie Prince Charlie's supporters occupied the besieged castle for a time before hanging out the white flag of surrender. 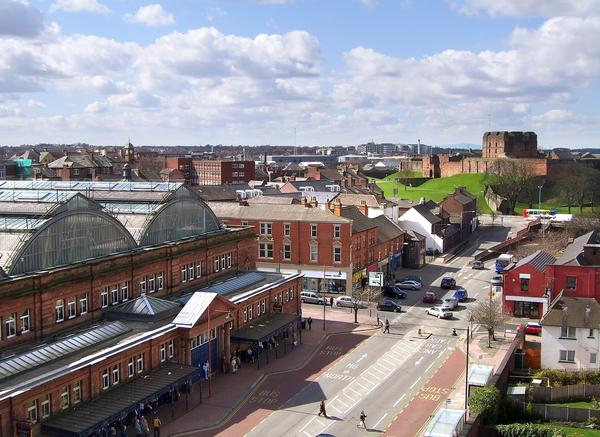 © Shutterstock / Peter Guess
Visitors today can enjoy guided tours with Border "Reivers" or raiders, who give an informative insight into life at Carlisle Castle. There is also an exhibition in the Castle Keep of the castle's history and a model of the city as it looked in 1745.

Highlights include the wall carvings in a small cell, possibly made by prisoners around 1480, and the "licking stones" in the dungeon. The Warden's Apartments in the outer gatehouse are furnished in keeping with the period of around 1480, complete with a cauldron.

As well as being an important local landmark, Carlisle Castle is a key tourist attraction with its well maintained dungeons, passageways and wards being open for full exploration and great views of the city from the battlements.

Days Out near Carlisle Castle

Places to Visit near Carlisle Castle