You are here:  Towns -> Places to Visit in Cumbria -> Wigton

Things to do in Wigton, Cumbria

Wigton is the bustling and thriving centre of the Solway Plain, situated between the Caldbeck Fells and the Solway coast. The Market town of Wigton is an ancient settlement and evolved from a pre-medieval street plan, which can still be traced today.

The Romans had a cavalry station, Olenacum, known locally as "Old Carlisle", just to the south of the town. Wigton was in existence by 1100AD when it became a Norman barony gaining it's market charter in 1262. Although the

In the middle of Wigton's market place is the George Moore Memorial Fountain built in 1872, of particular interest are the four bronzes around the fountain, the work of the pre-Raphaelite sculptor Thomas Woolner. St. Mary's Church dates from 1788, but there was a church on this site from the 12th century.

The appearance of the church owes much to the vision of Rev. John Ford (father of the broadcaster

Anna Ford) in the 1950's when he had gravestones laid flat and the interior painted in the present colours. A novelty not to be missed is Highmoor Bell tower - built during the Industrial revolution and completed in 1887 - it played tunes three times daily.

Wigton is the birthplace of the writer Melvin Bragg, who has written extensively on Wigton and its folk (referred to in his writings as Thurston). Sequences from "A Time to Dance" were set in and filmed in the

Wigton has shops of variety and quality, most are family owned. The covered market takes place on a Tuesday at the Market Hall. There are many Hotels, Cafes and pubs in the town, which offer meals to suit everyone's tastes.

For the energetic visitor Wigton has many facilities to offer, these include a Sports Centre, bowling clubs, tennis and Wigton Swimming Baths. Wigton is ideally situated for cyclists.

The John Peel Theatre is a privately owned theatre club and has an extensive programme of events. 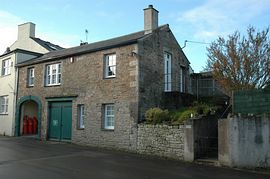 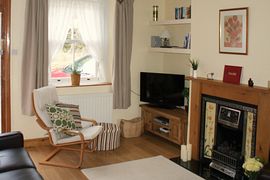 more self catering near Wigton...

Days Out in Wigton

Places to Visit near Wigton