You are here: Articles -> British Kings and Queens -> Mary Queen of Scots 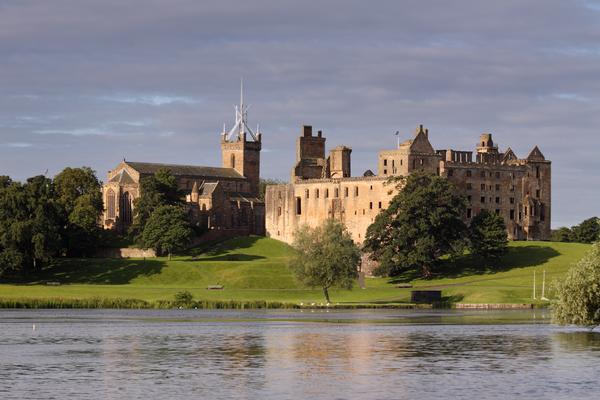 Mary, Queen of Scots was born in Linlithgow just outside Edinburgh in 1542. Although she only lived for 45 years, her life was one of the most eventful of its time. Her father was James V of Scotland and he died when she was just six days old.

Although she was crowned Queen of Scots when she was 9 months old, she was sent to France for her own safety where she was raised in the French court.

In due course a marriage agreement was signed at Callendar House and she married the Dauphin and heir to the French throne, Francis II, when she was just 15.

Mary grew up to speak Latin, French, Spanish and Ancient Greek. She loved animals, and became a talented player of the lute. She was Catholic by birth and her teacher was a monk from the Priory of Inchmahome in Scotland who instilled strong religious views within her. 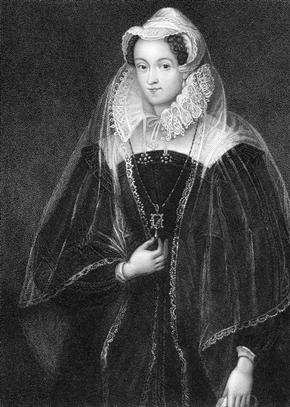 Mary I, Queen of Scotland

When her father-in-law, Henry II, was killed in a jousting tournament in 1559, Francis was crowned king and Mary became Queen Consort, but a year later Francis died leaving Mary a widow at the tender age of 17.

At the age of 18 she returned to Scotland to become Queen of Scotland and spent at least some of her time at Stirling Castle. In 1565 she married her half-cousin, Lord Darnley at Holyrood House in Edinburgh. It was a bad match due to his bad temper, jealousy and drunkenness.

A year later, Mary gave birth to a son, James, who was later destined to become the King of England and Scotland on the death of Elizabeth I.

A year later Darnley was found dead after there was an explosion at the house he was staying. This left Mary free to take her third husband, the 4th Earl of Bothwell.

Mary's marriage decisions, amongst others, displeased influential Scottish Lairds and she was eventually imprisoned in Lochleven Castle and also at Bolton Castle.

She was forced to abdicate the throne in favour of her one-year old son who became James VI of Scotland.

Mary escaped to England and sought protection from her cousin, Elizabeth I. However Elizabeth saw Mary as a threat, both to her throne and to the stability of the Protestant Church.

Many English Catholics still saw Mary as the legimate sovereign of England so, rather than offering her cousin the protection she sought, Elizabeth had Mary imprisoned. This imprisonment lasted for more than 19 years.

Eventually Elizabeth had a case built against Mary and despite her poor health and frailty she was tried and executed in 1587. Her botched beheading which took several blows was carried out at Fotheringhay Castle, 70 miles north of London.

Elizabeth did not allow Mary to have her chaplain present. Today, Mary's prayer book and rosary beads can be seen at Arundel Castle, where she had close connections with the Howard family. The motte and bailey castle at Fotheringhay was allowed to fall into disrepair and was eventually demolished completely.

Mary Queen of Scots was initially buried at Peterborough Cathedral.

In 1612 Mary's son, James I of England, brought his mother's remains to Westminster Abbey where she was buried in a magnificent tomb which still remains there under some controversy.

Campaigners in Scotland continue to petition to have her body repatriated back to Scotland as a former Scottish monarch.

Visitors to the Scottish Borders may enjoy a visit to the Mary Queen of Scots Visitor Centre at Jedburgh, about 50 miles south east of Edinburgh.