You are here:  Towns -> Places to Visit in Lincolnshire -> Sutton on Sea

Things to do in Sutton on Sea, Lincolnshire 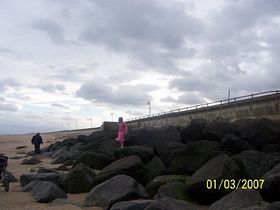 The tranquil village of Sutton-on-Sea is on the Lincolnshire coast. It is known for its award-winning Blue Flag sandy beach, well kept seafront gardens and traditional family attractions.

Sutton-on-Sea is located between Mablethorpe, 3 miles to the north and Skegness, 14 miles south. It makes an excellent base for exploring the countryside and coast and from the town there are wonderful views across the Lincolnshire Wolds.

Sutton-on-Sea is a thriving seaside community which attracts families to its clean beaches in the summer. It has also become a popular place to retire to, offering an active social life. There are several churches in the town, the main one being the Methodist Chapel which hosts Music Nights each Monday during the summer.

The village has a promenade bordering its Blue Flag sandy beach with an attractive paddling pool on the seafront. A row of colourful beach chalets overlook the bowling green and beach. There are a good selection of local shops serving the population of 11,700 people. It boasts a post office, a Spar store and several pubs, making it a fairly self-sufficient community.

The village has its own primary school and has a local doctor's surgery. Cafés serve a choice of home made cakes and snacks and there are several restaurants. Most social entertainment, bingo, line dancing and quiz nights are run by the Sutton-on-Sea Social Club on Trusthorpe Road.

Things to do in Sutton-on-Sea

The flat Lincolnshire lanes are ideal for walking and cycling around this Area of Outstanding Natural Beauty. Castles, country houses, windmills and other small towns all provide interesting highlights for those exploring the area by car.

There is a World War II Bomber Trail around the area, which is steeped in aviation history.

The local Sandilands Golf Course is just outside Sutton-on-Sea along the coast and it welcomes visiting players. This 18-hole Par 70 course has well kept greens and great views from the challenging links.

There are also a good selection of fishing lakes and rivers in the area.

Nearby Mablethorpe has a Kid's Adventure World which has a host of indoor activities. Skegness with its Ferris wheel, Natureland Seal Sanctuary and Hardy's Animal Farm all make Sutton-on-Sea very popular for family holidays.

Other nearby attractions are Cadwell Park with its three splendid circuits which are mainly used for motorcycle racing and Market Rasen Race Course which hosts a number of horse racing events throughout the year.

Further afield, historic market towns such as Louth, Alford and Horncastle offer a pleasant day out and the city of Lincoln with its Norman Cathedral and 11th century Lincoln Castle built by William the Conqueror is 30 miles away. 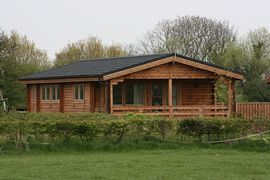 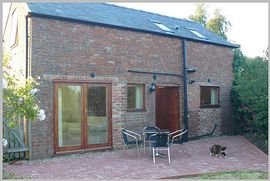 more self catering near Sutton on Sea...

Days Out in Sutton on Sea

Places to Visit near Sutton on Sea