You are here:  Towns -> Places to Visit in Essex -> Southminster

Things to do in Southminster, Essex

Ten miles southeast of Maldon lies the town of Southminster on the Dengie peninsula of Essex.

It lies just south of the Blackwater River, an important port dating back to Roman times. A small brook runs east from the village towards the North Sea.

This historic village has around 3,700 residents and was founded many centuries ago.

The oldest traces of settlement go back to ancient earthworks in Pandole Wood which were estimated to date back to the Iron Age.

Southminster was famous for its horse market which was held annually in the village and was a major fair in the area.

Earliest recordings of the market in Southminster date back to 1218.

The market eventually closed in 1937 although a local auction house still operates in Station Road.

St Leonard's Church was built in the 15th century on the foundations of an earlier building.

It is an imposing heavily built church with a small tower and is built in a cruciform structure. 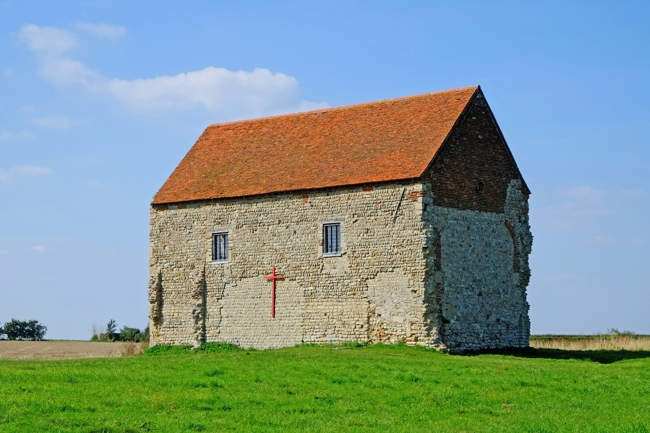 The Saxon Chapel of St Peters-on-the-Wall at Bradwell on Sea © dianamower - stock.adobe.com

More than likely it was this church that gave rise to the village being called Southminster, being the main church, or minster, south of Colchester.

The church had several famous rectors including the Rev. Alexander John Scott who was better known as Admiral Lord Nelson's personal chaplain.

It was recorded that Nelson died in Scott's arms after the Battle of Trafalgar. Several of the vicar's artefacts can be seen within the church.

In Victorian times, Southminster was a popular source of hare coursing.

One reminder of times past is the original cast iron water pump which served the village from 1832.

Southminster is fortunate in having its own railway station operated by National Express East Anglia on the Crouch Valley Line.

The railway has served this community since 1889 when it opened as the Great Eastern Railway.

The Essex Coast near Bradwell on Sea © annamo10101 - stock.adobe.com

The town is well served with local services which include a library, primary school, a police station, bakery, convenience store and several fast food outlets.

Southminster has a selection of pubs including the King's Head, Queen's Head, The White Horse and the Station Arms.

Things to do in Southminster

Nearby, Bradwell-on-Sea has an Outdoor Education Centre at Bradwell Waterside which offers many water-based activities along with archery, abseiling and mountain biking.

Just outside Bradwell on the headland is the ancient chapel of St Peter's.

The building probably dates back to the 7th century when Saint Cedd founded a monastery in the area.

It is considered the oldest church in England and is always open for visitors who make the pilgrimage along the grassy path.

Southminster has had a long dependency upon the railway which has allowed it to continue to prosper as a commuter town with access to London.

The Mangapps Railway Museum is just a mile away and has one of the largest railway collections in the UK.

more self catering near Southminster...

Days Out in Southminster

Places to Visit near Southminster