You are here:  Towns -> Places to Visit in Essex -> Maldon

Things to do in Maldon, Essex

The Essex town of Maldon is on the Blackwater Estuary about 10 miles east of Chelmsford. The name Maldon stems from "mael" which was meeting place and "dun" meaning hill. 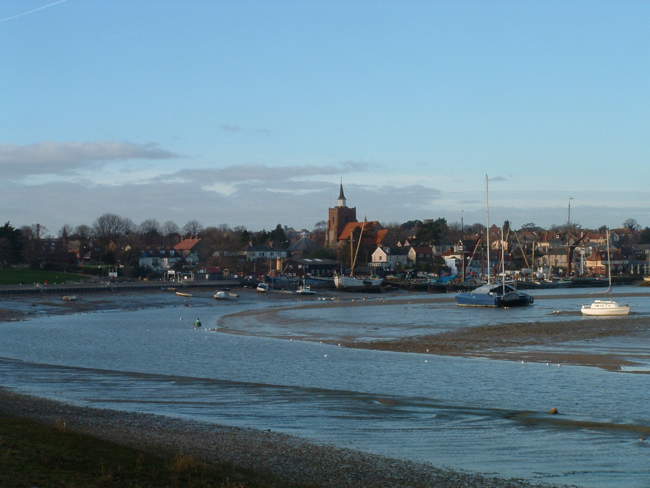 Maldon High Street has a historic collection of listed buildings such as the Moot Hall and All Saints Church as well as local shops and services.

St Peter's Church houses the historic Plume Library which was started by Thomas Plume in the 17th century.

It grew in his lifetime to a collection of over 8,000 books and pamphlets which had been printed between 1487 and 1704.

The church building was mostly rebuilt by Thomas Plume to accommodate Maldon Grammar School at ground level, with his library on the first floor. 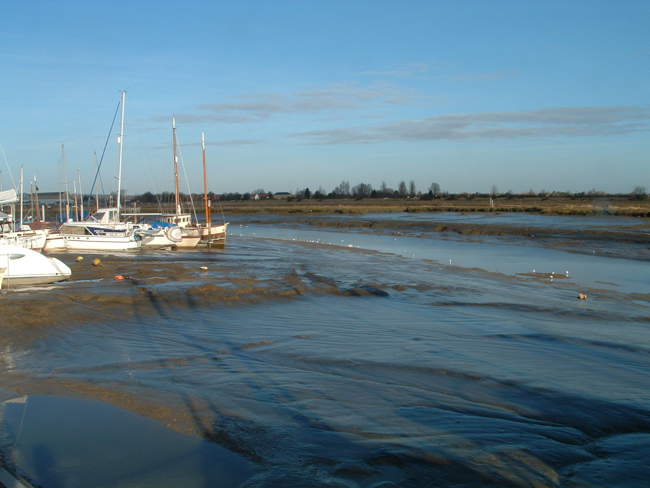 Tide is out at Maldon © Colin Jackson

Maldon's claim to fame is that it is the centre for Thames sailing barges, the last cargo vessels to rely on sail power. They are now used solely for pleasure and only about 15 boats survive.

They were once built at Maldon Quay and an annual sailing barge race is held every summer. 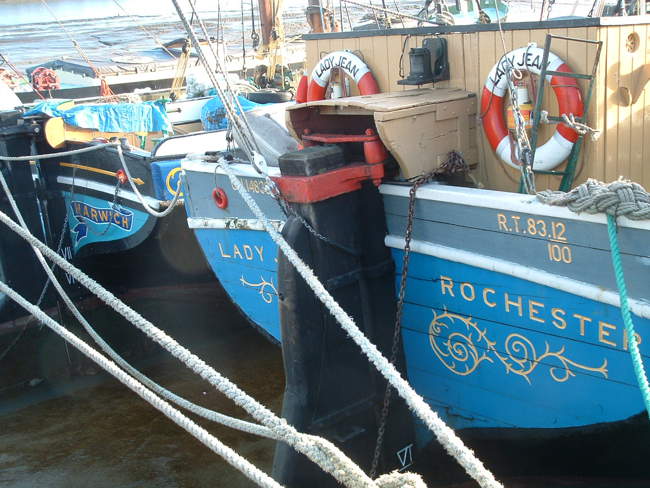 Today Maldon is known worldwide as the home of Maldon Sea Salt, hand-harvested and produced by four generations of the Osborne family.

Since 1882 the family business has been producing this unique product from their original black Essex weather-board buildings.

It is recognised by Chefs and discerning home cooks as a delicious and healthy option. 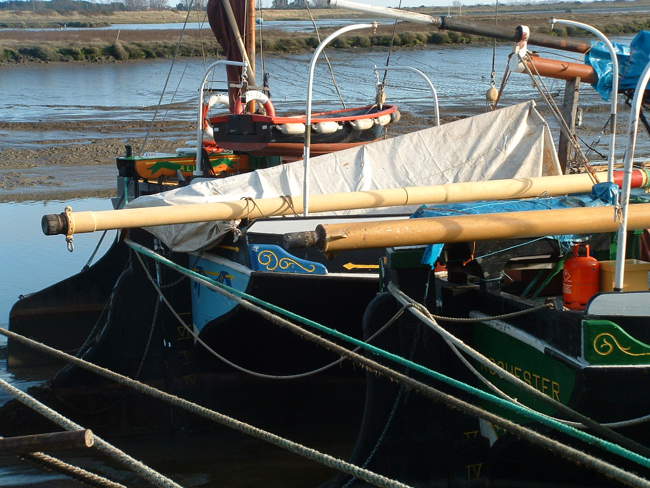 The town organizes an annual taxi day when mentally and physically handicapped children are brought in black cabs from London to Maldon for an outing and a day of activities.

Maldon has been the setting for stories by S.L. Bensusan, TV's Murder Game and The Lawless Heart drama as well as being mentioned in H.G. Wells' War of the Worlds.

Things to do in Maldon

Visitors to Maldon on New Year's Day can join in the Maldon Mud Race where runners race across the estuary at low tide to raise money for charity.

Restored sailing barges are available for charter trips from the Hythe Quay, along with more traditional boat cruises.

The quay is an excellent spot from which to watch sailing and water-based activities.

Beeleigh Lock is another pleasant place to walk to. 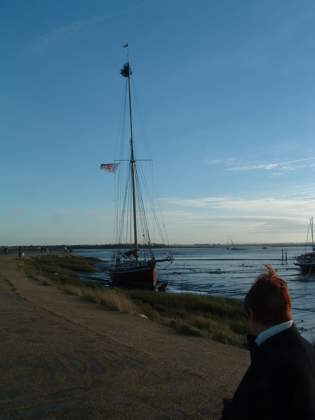 Next to the quay is Promenade Park with plenty of leisure activities, museums and heritage centres.

The area was settled in the 5th century by Saxons and it quickly developed as an important port and artisan quarter.

Pottery has been discovered there during excavations.

In 958AD it was the site of a royal mint, producing coins until the early Norman period. 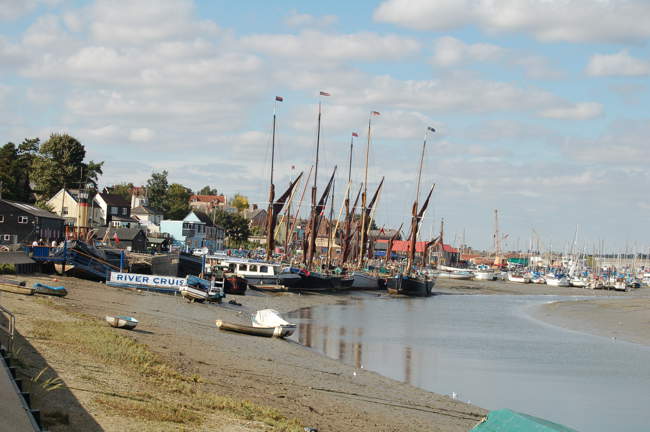 The tide is out at Maldon © Colin Jackson

More history can be gleaned from the poem The Battle of Maldon which tells of the Vikings attacking the prosperous town but they were paid off with a tribute.

In 1086 the Domesday Book records 180 townspeople in Maldon.

It provided the king with a warhorse and a warship and in return received the privilege to self-govern.

The Church of All Saints is known to have existed prior to 1180, along with Beeleigh Abbey.

It is the only church to have a triangular tower. 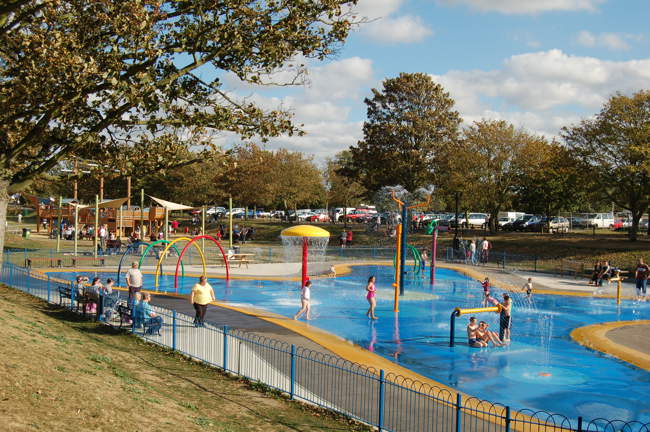 The childrens water play area along the front © Colin Jackson

By the 16th century the town had three wealthy guilds and presented profuse religious plays, which were curtailed by the Puritans in 1576.

In 1629 the only historic event of note was a series of grain riots led by the butcher's wife.

Maldon had a narrow escape from destruction in 1744.

A French invasion was planned to land at Maldon but the fleet was wrecked in storms and the forces never reached England.

more self catering near Maldon...

Days Out in Maldon

Places to Visit near Maldon