You are here:  Towns -> Places to Visit in West Yorkshire -> Shipley

Things to do in Shipley, West Yorkshire

Shipley is four miles north of Bradford in West Yorkshire. It is situated near the River Aire, on the Leeds and Liverpool Canal.

The first mention of Shipley is in the 1086 Domesday Book where it was listed as the Manor of Scipeleia.

By 1316 the Knights of St John of Jerusalem held the manor and later it passed to the Rawson family. The widow of the last Lord Rawson married Rev Cyril Jackson and his son, also called Cyril, became the Dean of Christchurch College, Oxford.

During the Industrial Revolution Shipley was a centre of the textile industry. The canal was built in the 1770s and with local coalfields nearby, Shipley took full advantage of of its favourable position.

In 1851 Sir Titus Salt moved his mills to Shipley from Bradford and the town expanded rapidly.

The village of Saltaire, now a World Heritage Site, was planned by Salt for his workers. They manufactured alpaca and woollen cloth at his mill beside the Leeds and Liverpool Canal. Saltaire offered much better living conditions than the Bradford slums and he provided wash houses, bathhouses, a hospital, library, concert hall and school.

The Salts Mill finally closed in 1986 and is now a gallery for the work of David Hockney, along with some small shops, cafés and local businesses.

Modern day Shipley is a typical small Yorkshire town with a major supermarket and other small convenience stores. Local shops clustered around the pedestrianised market square and in the Arndale Centre.

he old town centre was flattened after World War II to make way for the modern shopping centre which exists today. The old back-to-back terraced housing was also demolished and was replaced with council houses and flats.

Shipley has a population of over 28,000 residents. It has a 1960s market hall with a landmark clock tower and a local library.

The town centre is busy with traffic as it is on the primary route from Bradford to Bingley, Keighley and Skipton. The main employment was provided by textiles and engineering but both industries have declined. They have gradually been replaced with new industries in computers and electronics.

Things to Do Around Shipley

The model village of Saltaire, which once housed the mill workers of Sir Titus Salt, is worth a visit. Each September it hosts the Saltaire Festival and is served by Saltaire railway station.

Shipley Glen is a local beauty spot on a wooded ridge above the River Aire. The Shipley Glen Tramway, built in 1895, still runs at weekends.

Esholt is a small farming community nearby and is best known as the former film location for Emmerdale Farm. The local pub, the Woolpack, serves great food and ale and is full of interesting photographs and memorabilia.

Shipley is the starting point for pleasant boat trips along the Leeds and Liverpool Canal. 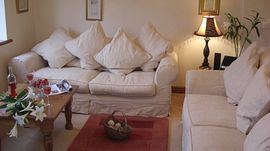 more self catering near Shipley...

Days Out in Shipley

Places to Visit near Shipley