You are here:  Towns -> Places to Visit in North Yorkshire -> Skipton

Things to do in Skipton, North Yorkshire

The small town of Skipton in North Yorkshire is well known for its wonderfully well-preserved mediaeval castle which overlooks the High Street. 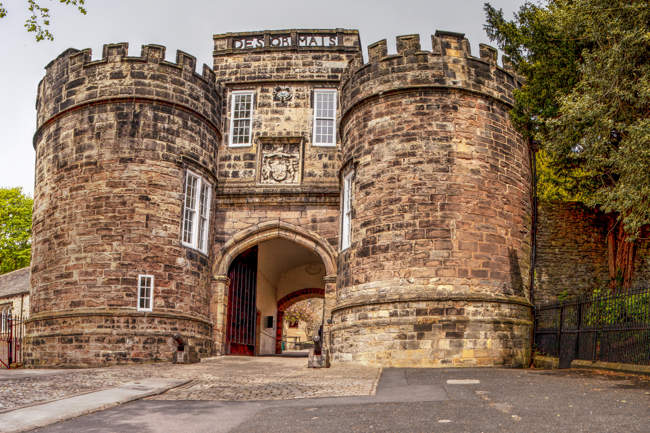 Also known as Skipton-in-Craven, and nicknamed the "Gateway to the Dales", it lies on the south side of the scenic Yorkshire Dales, 16 miles northwest of Bradford

At the 2001 census, Skipton had a population of 14,313. It has some charming historic architecture and a wide choice of local shops serving the surrounding rural area. 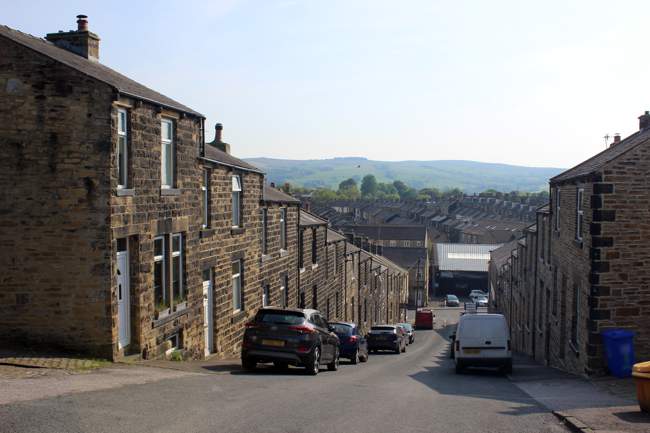 The High Street was voted "Best shopping spot in Britain" by the Academy of Urbanism in 2008, no doubt helped by its four markets a week on Monday, Wednesday, Friday and Saturday.

The High Street runs down from Skipton Castle and the Holy Trinity Church past former coaching inns and workshops.

The Town Hall is often used for social events and crafts fairs and is the home of the local history museum.

Skipton has two theatres - the Little Theatre and the Mart Theatre - and several pubs, nightclubs and restaurants. 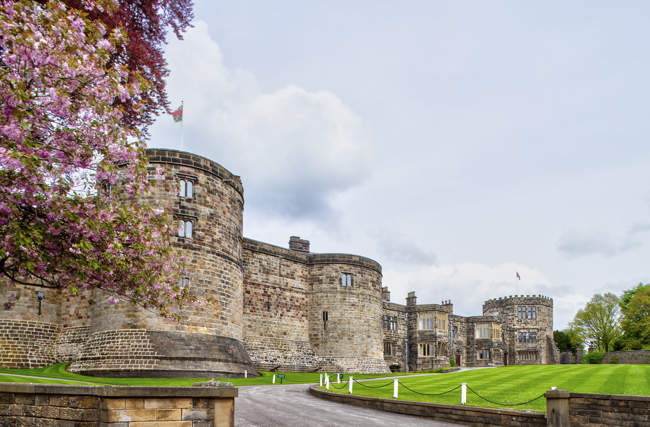 It is the headquarters of the Skipton Building Society, founded in 1853 and an important local employer.

The Copper Dragon Brewery also started brewing cask beers in the town and it currently has several pubs in the area.

Skipton is linked by the electrified Airedale Line to Leeds, Bradford, Lancaster, Morecambe and Carlisle. 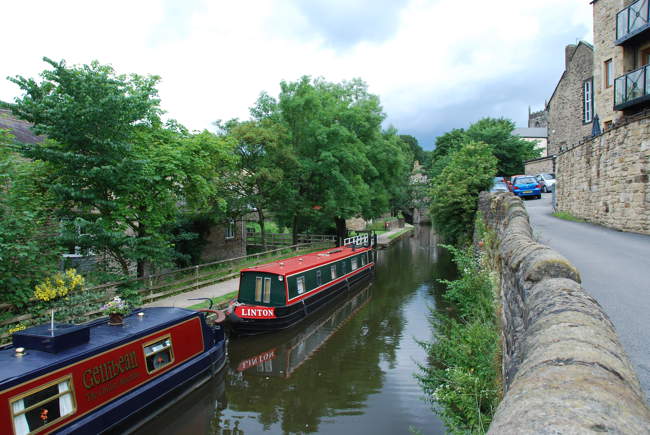 Part of the northern route runs across the Ribblehead Viaduct and becomes the Settle-Carlisle railway, one of the prettiest routes in England.

Things to do in Skipton

This pretty town is located on the River Aire and the Leeds and Liverpool Canal which both provide pleasant walks and plenty of wildlife. 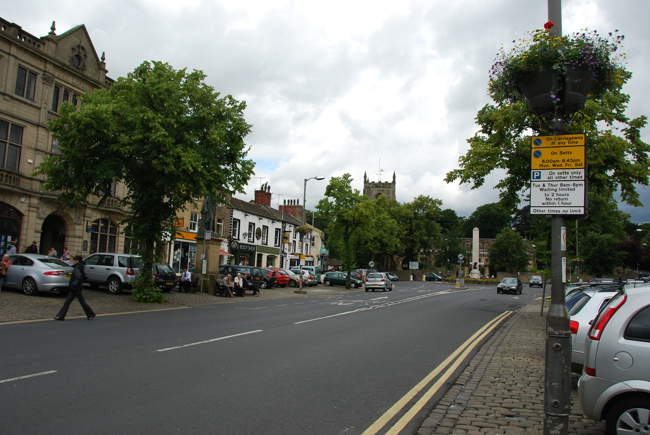 The Skipton Charities Gala was first held in 1901 to raise money to build a cottage hospital. It still is a major event each June, now raising money for local charities.

The gala starts with a parade through the town to Aireville Park where live music, family events and fireworks entertain the crowds.

The castle was rebuilt in the 1650s and offers an excellent tour of its well-preserved buildings. 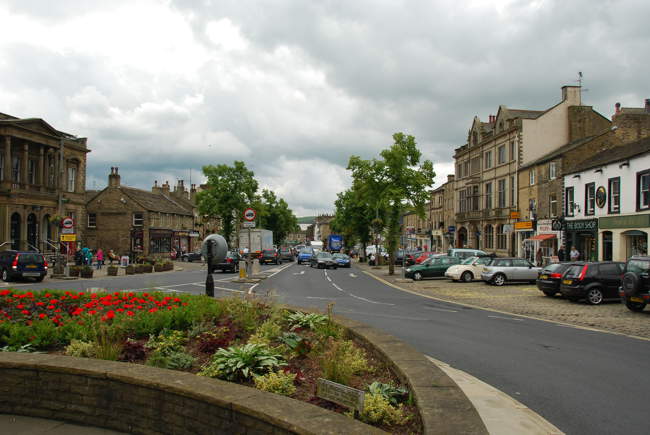 Looking down the High St from the War Memorial © Mr Philip Moon ( Hkt,B )

The church next door is also worth visiting and has an award-winning cafeteria called "Taste and See" in the Vestry Rooms.

Nearby attractions include the cobbled streets of Grassington village, Malham Tarn and Moor with its limestone pavements, scenic Wharfedale, Bolton Abbey and White Scar Cave at Ingleton.

Skipton Castle was built by Robert de Romille in 1090. 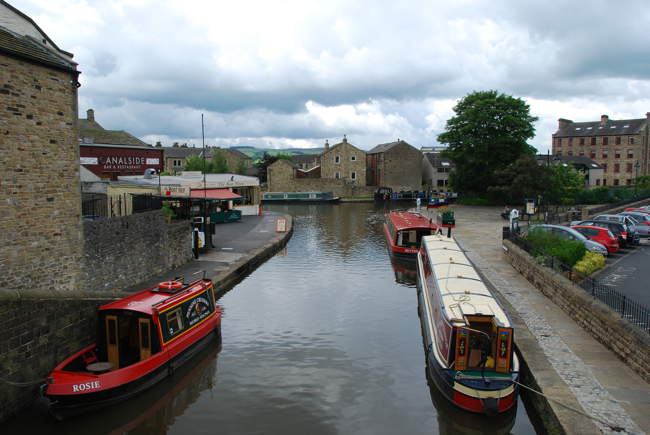 Barges on the Canal at Skipton © Mr Philip Moon ( Hkt,B )

The early motte and bailey castle was later replaced with a stone keep to repel Scottish invaders.

It gave Skipton a great deal of importance and it became an administrative burgh with a charter, granted in 1204.

The town grew up around the castle to serve it and benefit from its protection. 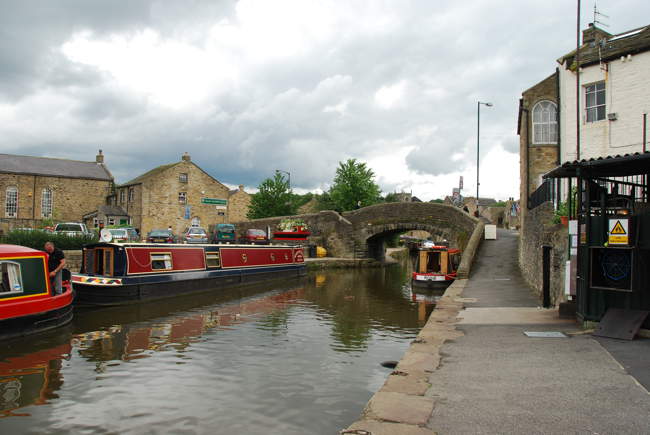 Its name is derived from the Old English word for sheep (sceap) and "tun", meaning town.

The town's economy gradually moved away from cloth weaving towards tourism in the 20th century. 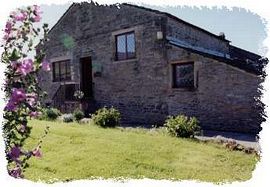 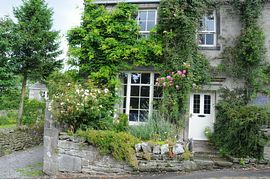 more self catering near Skipton...

Days Out in Skipton

Places to Visit near Skipton