You are here:  Attractions -> Things to Do in Nottinghamshire -> The Workhouse 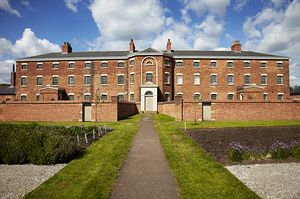 Although the name of the National Trust usually conjures up pictures of stately homes and gardens, the Workhouse is equally worthy of a visit.

Rescued from being converted into residential flats, this Grade II listed building is now the least altered workhouse structure in Britain and offers a tangible insight into the welfare issues of the 19th century and early 20th century.

After it was built, the Workhouse became the prototype for more workhouses, long before the new Poor Law of 1834 was enacted. About 600 similar workhouses were established following the success of this Southwell workhouse. Such were the conditions that the workhouse acted as a deterrent against idleness. Initially it was home to able-bodied workers as 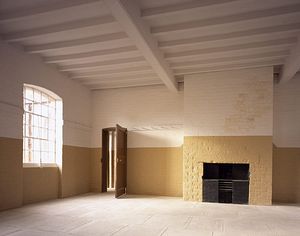 well as children and the infirm, with staff that implemented a strict regime.

This three storey building of mellow red brick with its rows of iron-framed windows and tall chimneys looks as solid and functional as it was intended to be. It was built around a central courtyard and was divided into men's and women's quarters.

It was built in 1824 by the Reverend John Becher and for over 150 years it provided necessary welfare housing for the local poor of Nottinghamshire.

Although harsh, it was the best system available at that time for those who otherwise would have begged on the streets. Reverend Becher's aim was to reduce the number of destitute poor and improve the moral demeanour of those who had nothing.

By 1913 workhouses had become known as institutions and were more a home for the sick. This Workhouse was renamed "Greet House" and a hospital was added with nursing staff to care 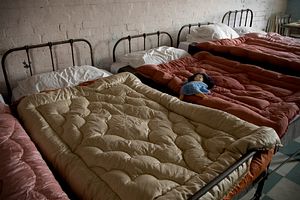 As well as being an infirmary, it was a home for single mothers until the early 1990s when it was closed and put up for sale. Recognizing its unique historic importance, the building was purchased and restored, with the help of grants, by The National Trust.

After extensive renovation work, the Workhouse has been redecorated to accurately show how it would have looked in its heyday in the mid-19th century with plain walls, simple beds and hooks on the wall for clothing although the Master's Office has a few more comforts.

When visitors enter the building they are transported back in time to experience life as a pauper. The walls and privvies have been authentically reinstated and provide great historical interest for curious visitors. Displays explore the issue of poverty over the centuries and an audio guide is available offering more information.

The workyards still have the original hand pumps which pumped water from the storage tanks beneath the house. This is just one of the tasks visitors can try for themselves as part of a guided tour.

The ample space is put to good use to provide educational facilities, a gift shop of specialist items and the sale of garden produce from the working kitchen gardens although there are no on-site tearooms.

Days Out near The Workhouse

Places to Visit near The Workhouse