You are here:  Towns -> Places to Visit in West Yorkshire -> Holmfirth

Things to do in Holmfirth, West Yorkshire

Holmfirth is a small town high in the Holm Valley of West Yorkshire. 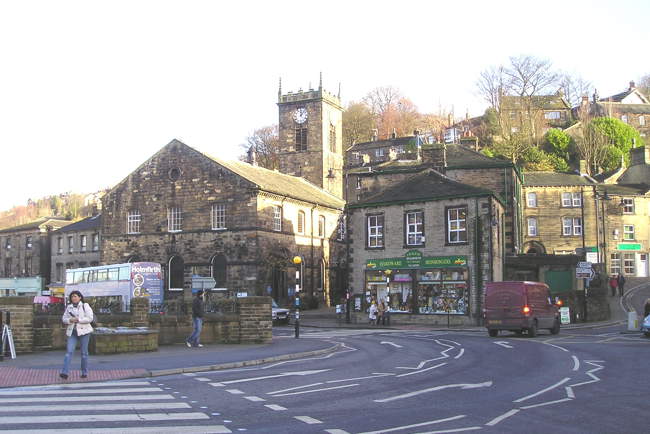 Situated where the Ribble and Holme rivers meet, the town is nestled in the Pennines about six miles south of Huddersfield.

Holmfirth has many terraced stone-built cottages which are typical of this area of West Yorkshire.

The stone steps are well worn from centuries of workers making their way to the mills and factories which were the hub of the area's thriving textile industry.

The town has ample local shops including a Co-op supermarket, bookshops, tearooms and cafés.

A farmer's market takes place every third Sunday in the month and sells organic and local produce. 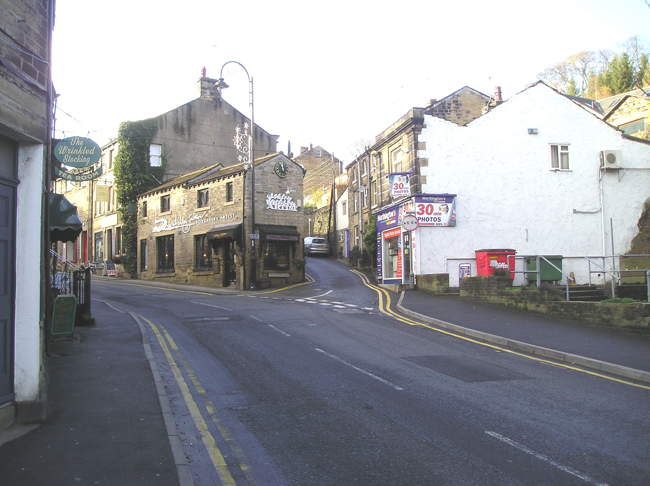 Holmfirth is served by the local Holme Valley Memorial Hospital, where you can find the local war memorial.

The town also has a Civic Hall which is used for local groups to meet such as the Holmfirth Choral Society.

The local cinema, the Picturedrome, hosts live music events and performances on occasion.

Things to do in Holmfirth

The area is popular with walkers and hikers and the local bus service runs to local beauty spots such as Denby Dale and Glossop. 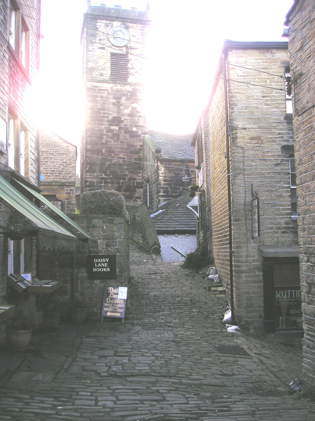 The Peak District National Park boundary is just outside Holmfirth and Holme Moss is a well-known part of the moor.

The long-distance Pennine Way can be joined here before it crosses nearby Black Hill.

Visitors flock to the town to see "Nora Batty's House" and "Sid's Café" which is opposite the church.

Next door to Nora's famous steps is a tearoom which serves up teas and snacks from what was Compo's bedroom in the long-running TV series. 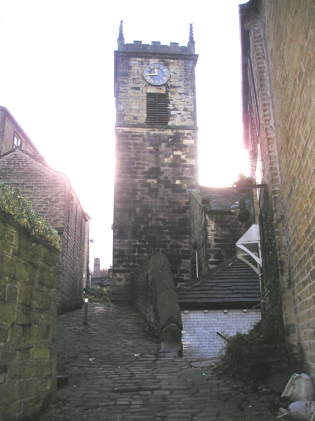 In the summer the Holmfirth Festival and the Festival of Folk keep locals busy.

The Music Festival is held in October and every July there is a Duck Race on the local river.

The town began as a corn mill and bridge in the 13th century. 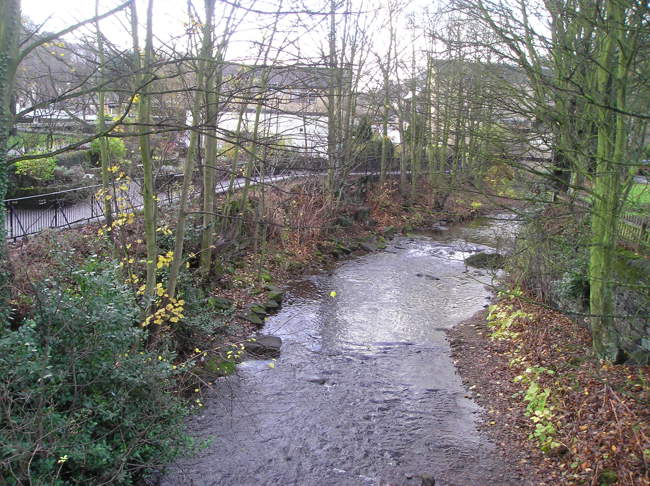 The River Holme burst its banks and washed away property with the loss of three lives.

A year later the present parish church was built.

Other severe floods have affected the town in 1738 and in 1944, although the local news was focused upon the D-Day landings for the latter flood.

The most damaging flood was in 1852 when the Bilberry Reservoir broke the embankment, flooding the valley and 81 people were drowned.

Markers on the bridge show how high the waters rose on these tragic occasions. 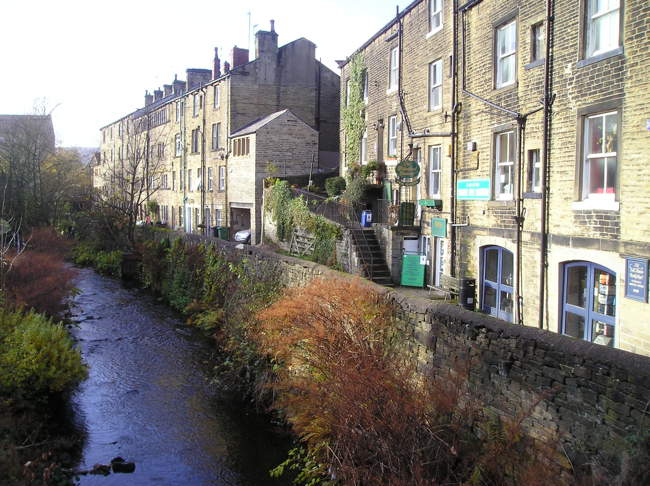 Holmfirth is perhaps best known as the location of the TV comedy Last of the Summer Wine.

More recently the TV drama, Where the Heart Is was also filmed there.

The town was the home of the pioneering Bamforth film makers in the early 1900s and the company then went on to produce many saucy seaside postcards which are now quite collectable.

more self catering near Holmfirth...

Days Out in Holmfirth

Places to Visit near Holmfirth