You are here:  Towns -> Places to Visit in Derbyshire -> Glossop

Things to do in Glossop, Derbyshire 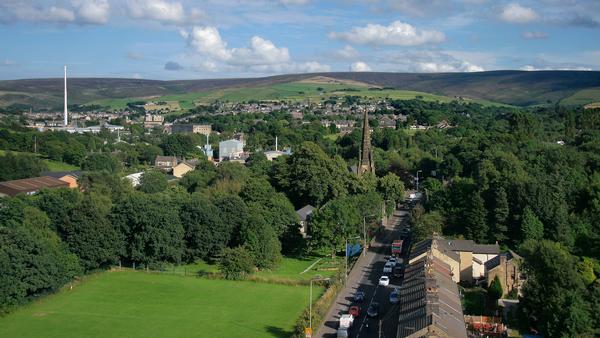 Set within the Borough of High Peak in Derbyshire, Glossop is a market town midway between Sheffield and Manchester in the Pennines.

It has the remains of a Bronze Age burial site on Shire Hill and other interesting prehistoric remains on Torside.

By 78AD the Romans had reached the area and built a road across the Pennines and a fort to the east of Glossop, at Gamesley.

This site of Melandra Castle has been extensively excavated, showing the original fort walls and a Roman shrine.

In the Domesday Book in 1086 Glossop was a small hamlet and manor given to William Peverel by William the Conqueror.

Peverel began to build Glossop Castle but the estate was later confiscated and given by Henry II to Basingwerk Abbey.

In the 15th-century, the monks leased the land in the area to the Talbot family who became the Earls of Shrewsbury.

After the Dissolution of the Monasteries, the Manor of Glossop passed to the Dukes of Norfolk and the land was used to raise hardy Pennine sheep.

Glossop became a centre of wool processing and expanded into cotton spinning during the 18th-century.

With plenty of streams to power the mills and finish the cloth, during the Industrial Revolution the mills were a hive of activity. 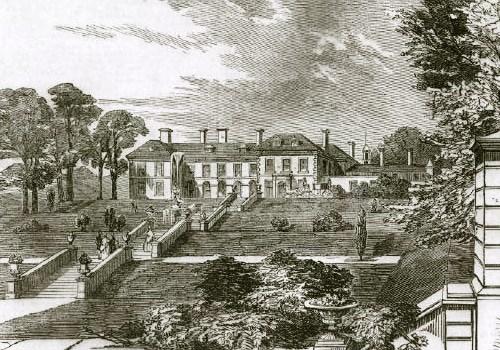 In 1831, the 12th Duke of Norfolk rebuilt the parish church in Glossop, improved the Hurst Reservoir and built the Roman Catholic church.

During the American Civil War, between 1861- 4, there was no cotton available and the workers were in desperate need. 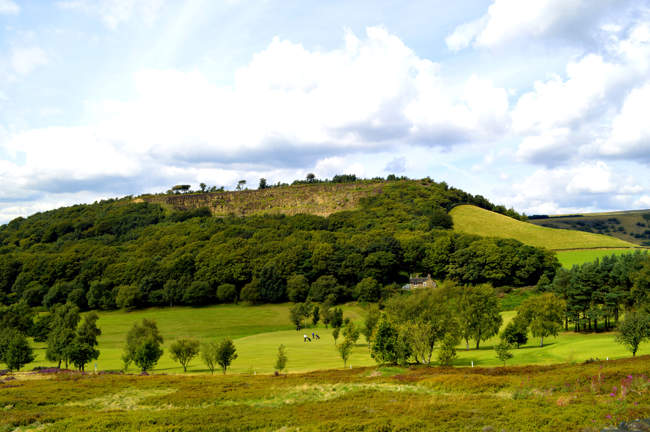 The mill owning families provided clogs, food and coal, and employed workers on public projects such as improving the water supply.

Their benevolence meant Glossop had far less hardship than other areas.

In the 20th-century cotton-spinning declined and the Howard family sold the Glossop Estate.

The town has many fine buildings made from local sandstone including chapels and churches, two surviving cotton mill buildings and a landmark railway viaduct. 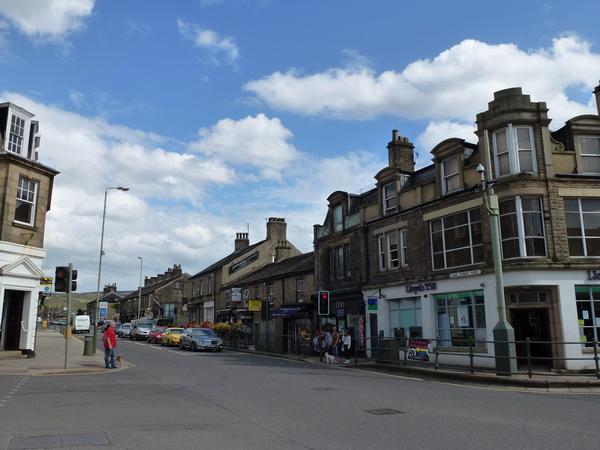 New investment converted the mills into shopping centres and housing and the town centre has been pedestrianised.

The religious beliefs of the mill owners reflected the many churches and reading rooms that were built to accommodate the workers who were obliged to worship with their employers. 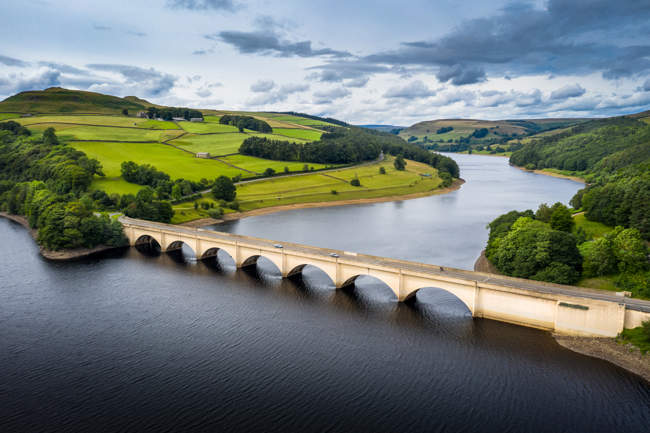 Rivalry between the mill-owning families led the Woods family to build the public baths and park only to be outdone by the Partingtons building the library and cricket pavilion.

One way or another, Glossop did very well from the dissent! 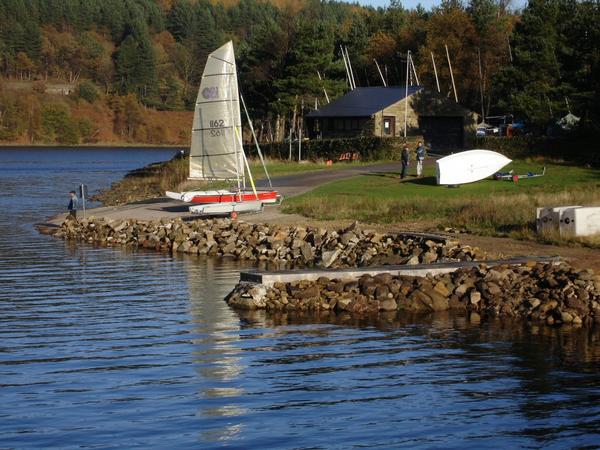 The Glossop railway station still has the symbol of the Dukes of Norfolk, the lion, and many of the street names reflect the family name and title.

The workhouse was built in 1832 and later became Shire Hill Hospital.

Things to do in Glossop

The Pennines and Ladybower Reservoir are an attraction for hikers and cyclists in the area. 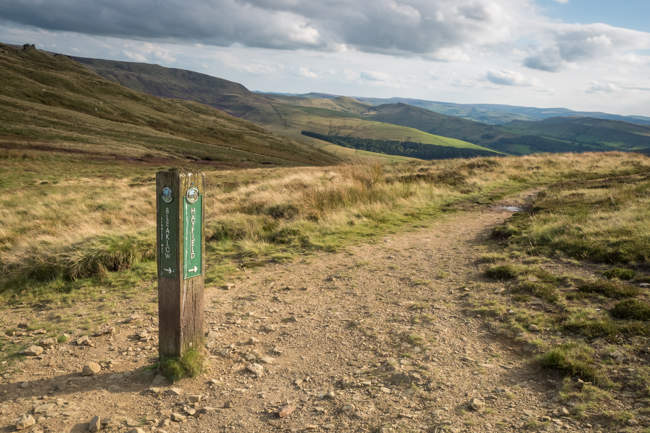 Glossop is also close to the Peak District which offers many scenic drives and walks.

The Longdendale Trail was created in the 1990s along the former Woodhead Railway and is ideal for cycling and walking.

The Torrs Riverside Park has beautiful views of the River Goyt and the spectacular gorge which is crossed by the 94-feet high Union Road Bridge.

Dinting Railway Centre is an interesting local attraction near the splendid Dinting viaduct.

more self catering near Glossop...

Days Out in Glossop

Places to Visit near Glossop