You are here:  Towns -> Places to Visit in Suffolk -> Dunwich

Things to do in Dunwich, Suffolk 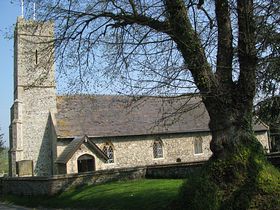 Dunwich, which lies south of Southwold and Walberswick is a very interesting place for both bird watchers on the heath, and people who are interested in history.

Dunwich was at one time the capital of East Anglia with eight churchs which gives an idea of its size and population at that time.

Sadly most of Dunwich has been taken by the sea.

There is now one church namely St.James, which was built in 1832.

One of the buttresses from All Saints Church was rescued before that also succumbed to the sea and this now stands in an area adjoining the churchyard.

The remains of Greyfriars Priory and those of the former Leper Chapel are still standing and maintained.

The 'Ship Inn' public house and the museum are situated on the road leading to the beach, where a large popular restaurant can be found which has been catering for coach parties and individuals for many years.

Fishing boats on the beach are a favourable scene for both painters and photographers.

Dunwich and nearby Minsmere Nature Reserve are well worth a visit. 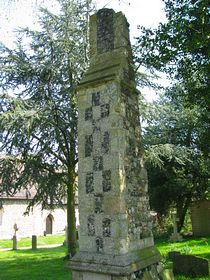 The remains of All Saints Church which in now under the sea. © Peggy Cannell 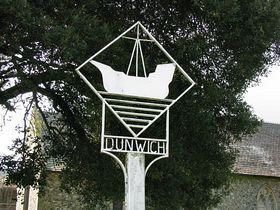 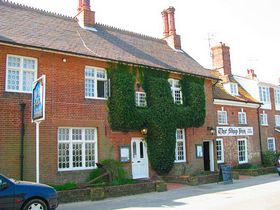 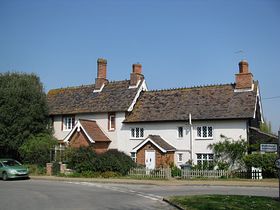 Cottages near the beach. © Peggy Cannell 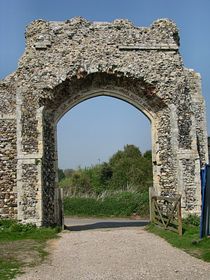 Entrance to The Priory. © Peggy Cannell 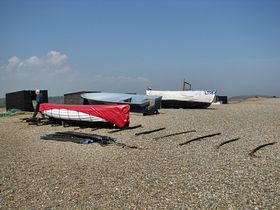 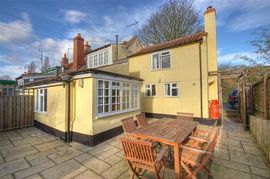 more self catering near Dunwich...

Days Out in Dunwich

Places to Visit near Dunwich