You are here:  Towns -> Places to Visit in Suffolk -> Covehithe

Things to do in Covehithe, Suffolk

The village of Covehithe was previously known as North Hales, at which time it was much larger than it is today due to the sea encroaching more and more each year. 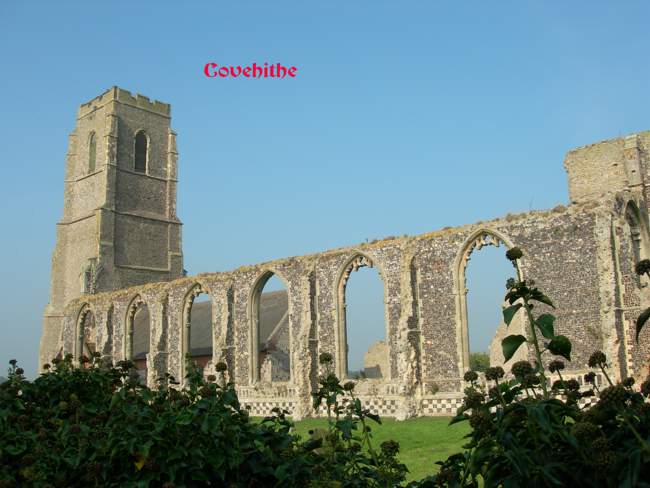 You can see the extent of the erosion by examining Ordnance Survey maps.

There is an opening on the left-hand side allowing one to walk along the cliff top and coming to the beach at the end of the cliff.

Footpath to the Beach

There is also a footpath at the entrance to the village which leads on to the beach at the opposite end of the cliff. 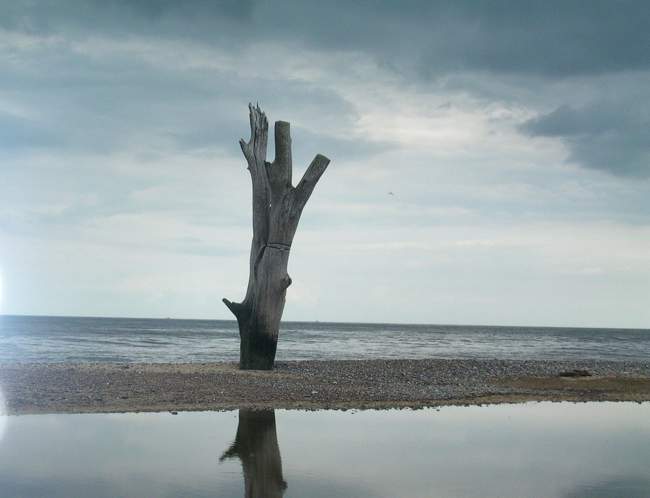 Covehithe is part of the Benacre Estate and is completely agricultural with working farms, although the number of cottages has decreased, it can pride itself on having a protected Bird Sanctuary close by the lovely Benacre Broad.

The small thatched Church of St. Andrews was built in 1672 within the ruins of a much larger structure.

Opposite the Church stands the large thatched Anchor House, previously the 'Anchor Inn'. 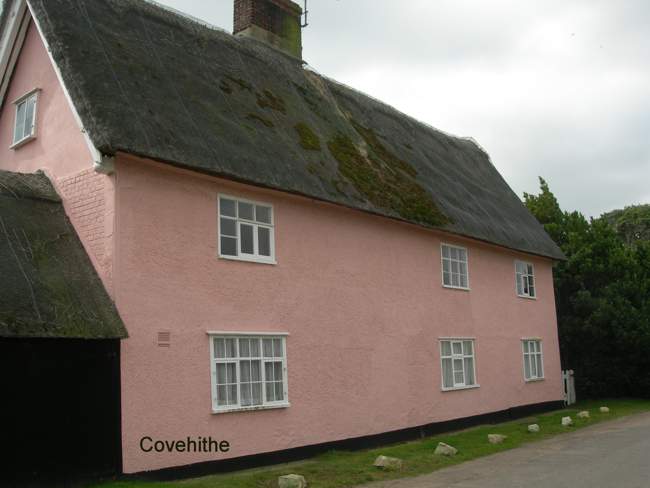 There are two minor roads leading to the village, one starting from the village of Wrentham, the other branch off from the B1127 at South Cove converging into one road at the beginning of the village.

This road continues for a short distance to the coast, where it comes to an abrupt end due to the cliff erosion, which has blocked the road, giving no access to the beach.

The village attracts many visitors, some are intrigued by the Church and its ruins, while others like to walk along the beach.

Covehithe has a wealth of history especially discovering just how much has already been lost to the sea, and sadly, with the pace of the erosion it cannot be too long before this dear little village is lost to us forever.

more self catering near Covehithe...

Places to Visit near Covehithe