Things to do in Deal, Kent 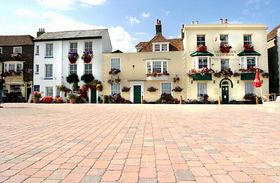 Deal is eight miles north east of Dover on the coast of Kent. Once the busiest port in England, its quaint streets are lined with history.

Deal was an important "limb port" of the Cinque ports. With its sheltered Downs anchorage, it was a strategic point of defense in the past, separated from France by just 25 miles of choppy water in the English Channel.

Deal, also known as Deale, is where Julius Caesar probably first set foot on British soil. Its well-kept Tudor castle was built by Henry VIII around 1539. From the air the symmetrical Tudor rose shape can be seen perfectly with the circular keep in the centre.

Deal was also visited by Nelson and was where Captain Cook landed after his 1771 voyage to Australia. In 1784, William Pitt the Younger suspected the Deal luggers of smuggling and when the boats were all hauled up on the beach due to a storm, he ordered the fleet to be burnt.

At one time Deal had a naval shipyard and was closely associated with the Royal Marines at nearby Chatham from 1658.

Deal Barracks was home to the Royal Marine School of music for many years. In 1989 it was bombed by the IRA, killing 11 bandsmen and injuring 22 other marines. A Memorial Garden is in the grounds of the former barracks. Although the Royal Marines Band Service moved to Portsmouth in 1996, but they still put on a splendid concert every year at the bandstand in Deal.

There is still a semaphore tower on the seafront which was used to house coastguards. It has a timeball tower which can still be seen on the roof of the four storey building. It was linked to the Royal Observatory at Greenwich and each day at 1.00 pm precisely the ball was dropped.

Deal has been visited and written about by Charles Dickens, Daniel Defoe and Samuel Pepys in its long history.

Deal is a historic town of around 29,000 residents. Its history as a fishing, mining and garrison town are clear in its architecture and museums.

The charming old town with its winding streets, is full of character with historic inns, together with restaurants, specialty food shops and bookshops . It holds a market twice a week.

The blustery promenade is busy with summer visitors who enjoy strolling the traffic-free areas towards the newly restored pier. The current pier was built in 1957 and is the last remaining leisure pier still operating in Kent.

Things to do in Deal

Visit the fascinating Timeball Tower Museum and see the maritime exhibits which feature the history of smuggling and signaling in Deal.

Both Deal Castle and neighbouring Walmer Castle, the residence of the Lord Warden, are open for visitors and are in the care of English Heritage. The ruins of Sandown Castle in North Deal are also worth a visit.

The Deal Maritime Museum has boats, smuggling galleries and model ships along with exhibits showing the history of local lifeboats.

The White Cliffs of Dover are an impressive place to visit and the National Trust has a Visitor Centre right on the clifftop. 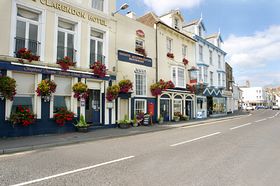 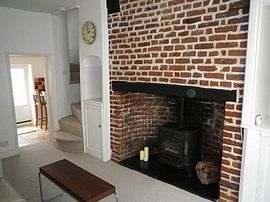 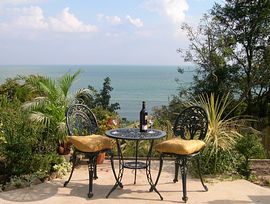 more self catering near Deal...

Days Out in Deal

Places to Visit near Deal