You are here: Articles -> Tudor England -> The Tudor Rose 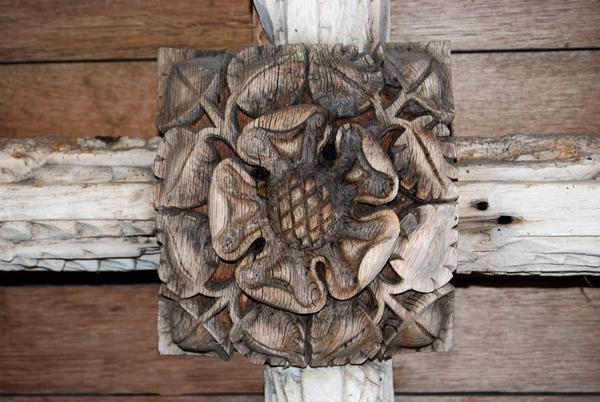 In the south transept of York Minster, beautifully made in stained glass, is a window celebrating the union of two families. When a young couple named Henry and Elizabeth were married, the major differences between their families were over.

Although peace was still a bit unsettled, a beginning had been made. This window commemorates the start of that partnership, and the shift that was made towards the end of hostilities.

The War of the Roses 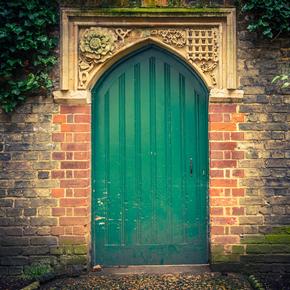 Upon the ending of their quarrel, the Tudor Rose became the symbol of unity.

The House of Lancaster, the ruling family, had a solid red rose which they rallied around.

The House of York, the challengers, surrounded themselves with a solid white rose.

For thirty years the conflict for the Throne of England threw good fortune towards one family, and then threw it towards the other. 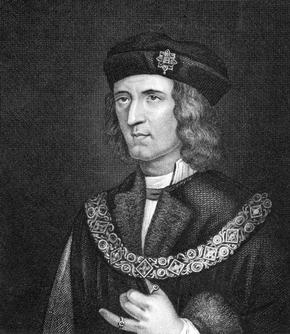 Eventually, the House of York won the last battle and the white rose was prominent.

The wheel of fortune spun just one more time, however, and with the death of Richard III, the House of Lancaster took the crown.

The red rose had come out on top.

Henry Tudor, House of Lancaster, had sworn that he would marry the eldest daughter of the House of York if he ascended the throne.

The Tudor dynasty had begun, and the single Tudor rose was born.

Taking the white rose of York as the center of the flower, and the red rose of Lancaster as the outside edging, the union of these two warring families had a beautiful symbol denoting unity and mutual regard.