You are here:  Towns -> Places to Visit in Kent -> Ramsgate

Things to do in Ramsgate, Kent

Ramsgate is a popular seaside town in Thanet, East Kent. 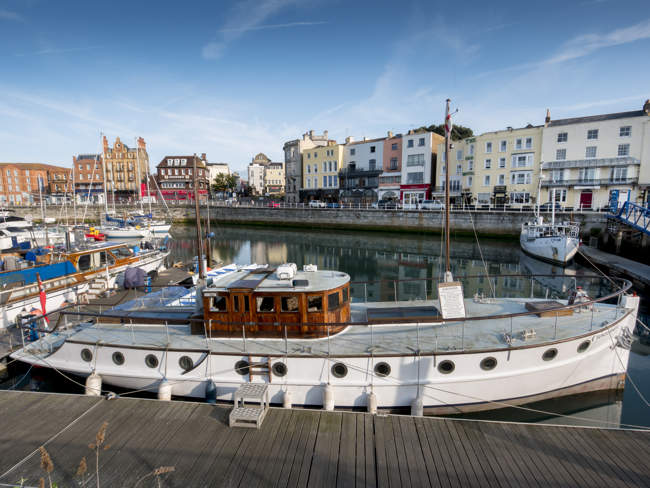 It has lovely sandy beaches which first attracted visitors in the 19th century.

Ramsgate is a typical English seaside resort with elegant Georgian houses along the seafront and a good supply of ice cream parlours, beach shops and fish and chip shops.

Its population is around 40,000. The large marina attracts many summer visitors. 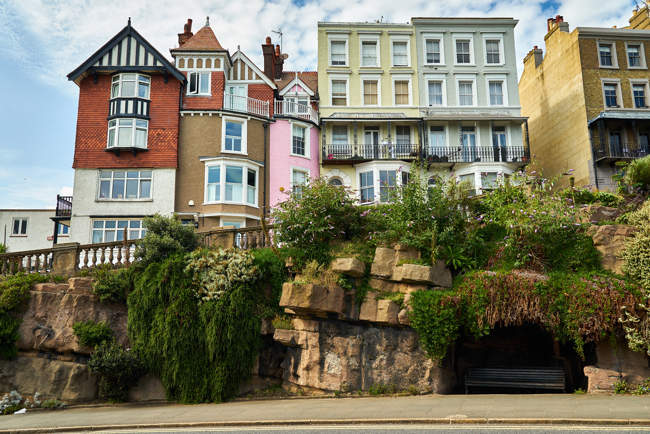 This historic town has plenty of modern amenities including supermarkets, chain stores, local shops, bars, restaurants and even a casino.

On Fridays and Saturdays there is a local market which is a great place to trawl for bargains.

Ramsgate has some beautiful architecture and squares with more than 900 listed buildings.

Augustus Pugin lived here and he designed many local houses to showcase his talents. He is best known for his work on the Houses of Parliament. 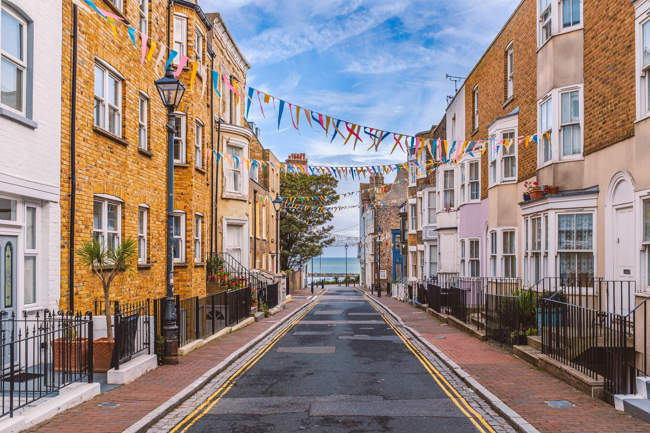 A view along Addington Street, Ramsgate toward the sea © Christine Bird - stock.adobe.com

His son Edward designed the Granville Hotel in the 1870s which gave Ramsgate a glamourous appeal with its Gothic grandeur.

With its luxury amenities and Turkish baths, the hotel accommodated many rich and royal guests. It has since been converted into luxury flats. 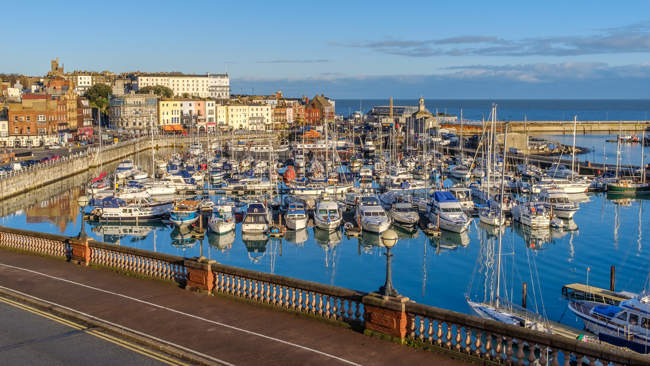 Being just 75 minutes by train from London St Pancras, Ramsgate is very accessible for those wanting to escape the city for a day trip or even longer.

Things to do in Ramsgate

The sheltered sandy beach is popular with young families and part of the Kent beach is dog-friendly. The clifftops offer excellent opportunities for clifftop walks with great sea views. 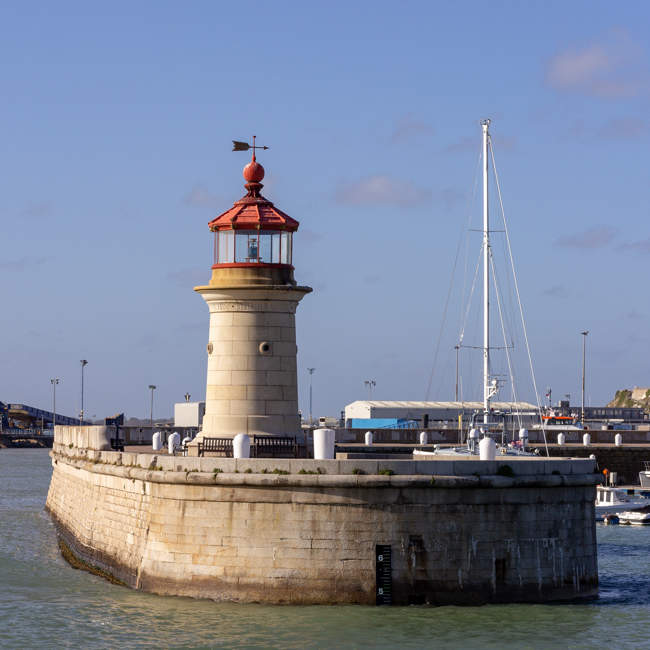 The modern marina and port provide excellent opportunities for sea fishing, sailing, watersports and even day trips across to Ostend in Belgium.

There are plenty of pleasure cruises around the harbour to see the seal colonies and the scenic waterfront is lined with cafés and pubs with outdoor tables.

The former RAF Manston site now houses the RAF Manston History Museum, the Spitfire and Hurricane Memorial Museum and the Manston Fire Museum, which all make an interesting day out. 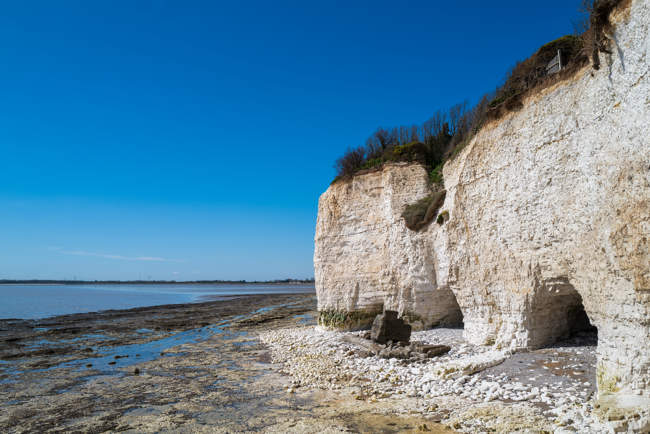 For golfers there are some championship golf courses around Sandwich and Deal, both less than ten miles from Ramsgate.

Further afield, the Kent coastline is dotted with many historic castles such as Dover Castle, Deal Castle and Hever Castle, the former home of Anne Boleyn.

Earliest records are of Ramisgate or Remmesgate around 1225 although it is known that St Augustine landed in the area much earlier, in 597AD, as a missionary. 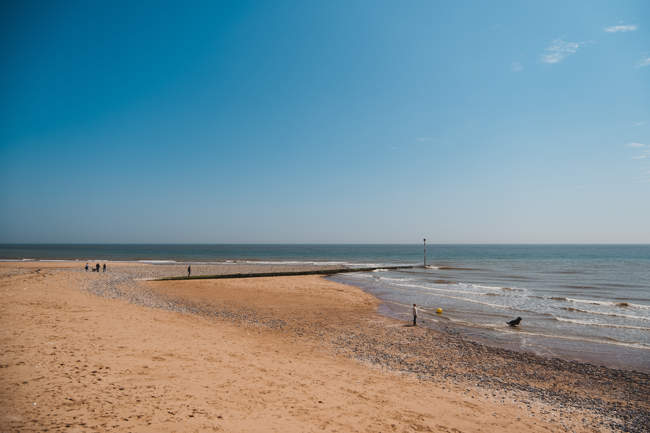 Ramsgate was a small fishing and farming community until 1749 when the harbour was built.

It is the only royal harbour in the UK and was the main embarkation point for ships to both the Napoleonic Wars and Dunkirk in 1940.

In 1901 the area was serviced by an electric tram service which ran for 11 miles linking Ramsgate with Margate and Broadstairs. 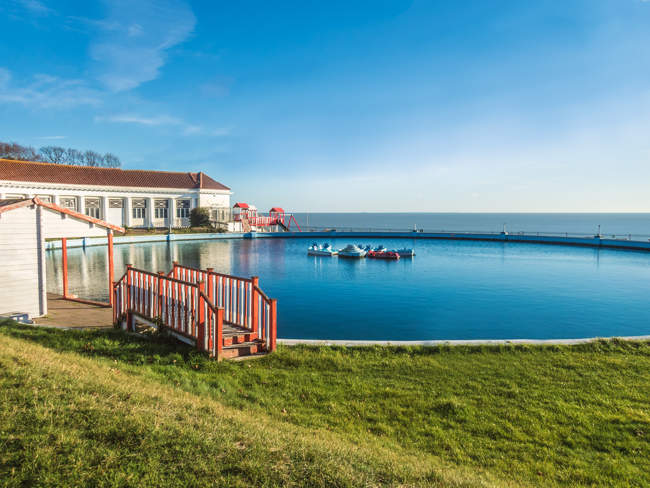 With the development of aviation, the flat area around Ramsgate proved ideal for emergency landings and eventually RAF Manston was opened in 1916.

It operated throughout World War I and World War II when the area was heavily bombed. 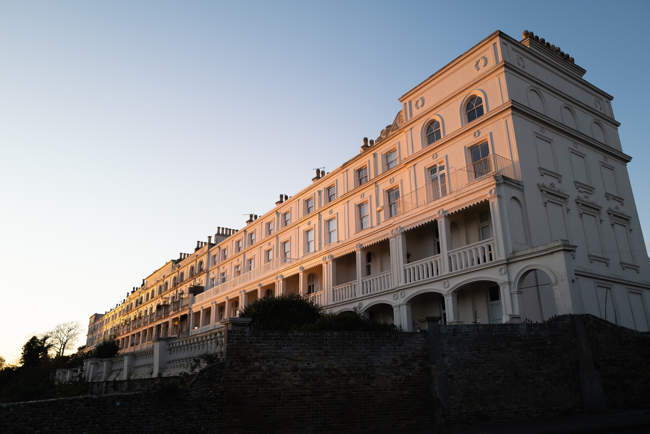 The RAF finally withdrew in 1996 and the airport now operates as Kent International Airport with some military use as the Defence Fire Training and Development Centre.


Things to do in Kent 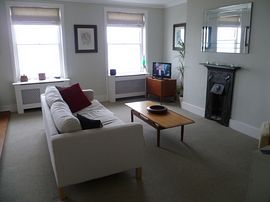 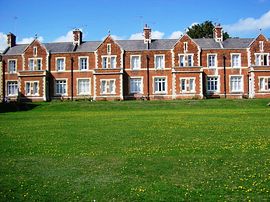 more self catering near Ramsgate...

Days Out in Ramsgate

Places to Visit near Ramsgate