You are here:  Towns -> Places to Visit in Gwynedd -> Caernarfon

Things to do in Caernarfon, Gwynedd

Caernarfon in Gwynedd in the west of North Wales is a small town with many royal connections and a splendid castle. It looks across the Menai Straits to the Isle of Anglesey and the nearest sizeable town is Bangor, eight miles to the north east. 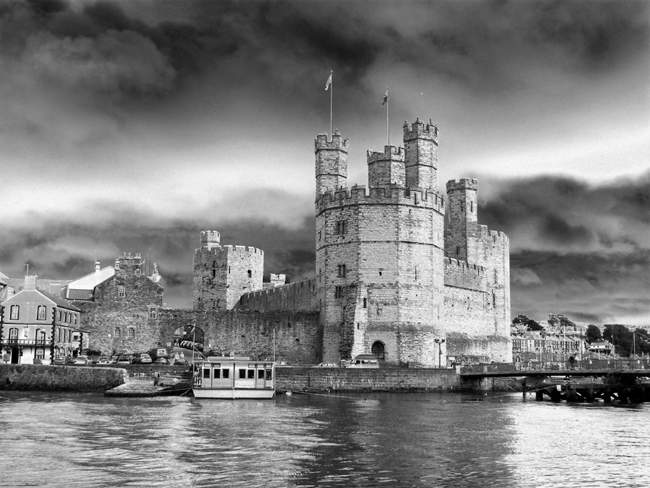 This historic town has some remarkably old buildings such as the Market Hall on the delightfully named Hole in the Wall Street or Stryd Twll Yn Wal as it is known in Welsh.

Within the castle walls are the old court buildings which have some grand architecture in elaborate Gothic style. 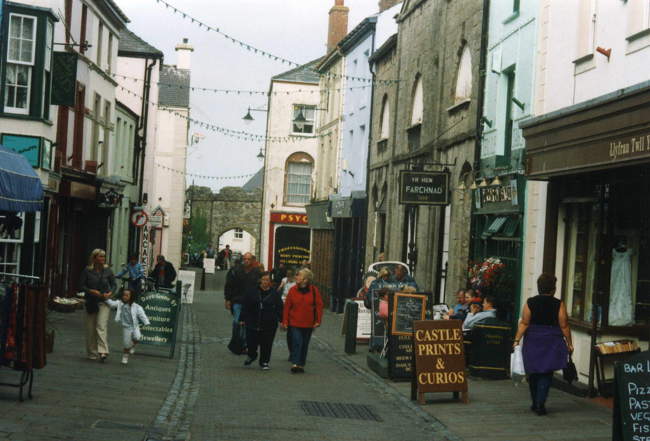 Caernarfon Gaol adjoins the former court and the buildings are used for council offices.

Other buildings within the castle walls are a number of pubs. The Black Boy Inn is the oldest, dating back to 1522 and is said to be haunted,

The Castle Hotel, the Anglesey Arms Hotel, Pen Deitvch, Morgan Lloyd, the Crown and the Twthill Vaults are other pubs with great character and history.

Caernarfon is home to the Royal Welch Fusiliers (note the archaic spelling of Welsh). It is one of the oldest regiments in the world and has a fascinating history.

Things to do in Caernarfon

The Blue Flag Beach at Victoria Harbour is ideal for children to build sandcastles, swim and enjoy the seaside. 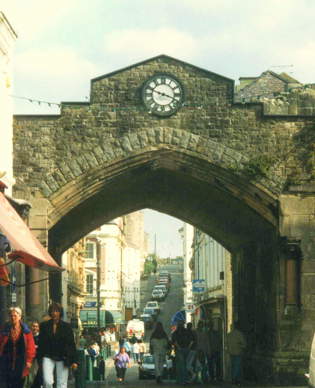 The small harbour is the place to take a boat trip or join a fishing charter.

Exploring the castle is a must. It is well maintained and has splendid views across to Anglesey.

Another great way to enjoy the local scenery is from a pleasure flight out of the small airport. There is also an Aviation Museum there.

The Welsh Highland Railway is a narrow-gauge railway which runs for 25 scenic miles from Caernarfon to Porthmadog.

Celtics lived in the area since prehistoric times with ancient burial chambers on Anglesey and a primitive tool-making factory at Penmaenmawr. The Romans established a fort named Segontium in AD80 to quell the local tribe of Ordovices and the site can still be seen. 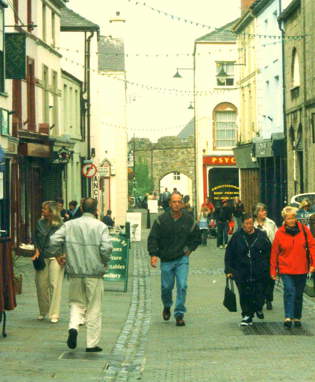 William I ordered the building of Caernarfon Castle in the late 11th century which was a motte and bailey construction. When Llywelyn ap Gruffydd would not swear allegiance to the English king, Edward 1, a much larger stone castle was built to control the Welsh.

In 1284 Caernarfon had been declared a borough and was the home of Edward I's government. As hostilities lessened between the two countries, the castle gradually fell into disuse.

The town expanded beyond the city walls with the advent of tourism. Caernarfon developed a marina and harbour and it was granted the honour of Royal Borough by the present Queen in 1963.

In 1911 the Investiture of the Prince of Wales was held at the castle for the future Edward VIII who later abdicated. In 1969 Prince Charles received the title and the ceremony was again held within Caernarfon Castle. 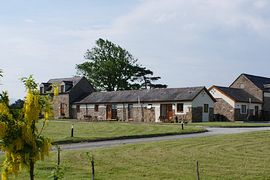 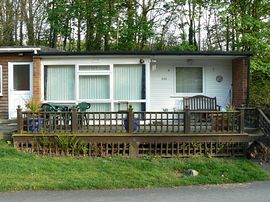 more self catering near Caernarfon...

Days Out in Caernarfon

Places to Visit near Caernarfon