You are here:  Towns -> Places to Visit in Anglesey -> Holyhead

Things to do in Holyhead, Anglesey

Holyhead, pronounced Holly-head, is the largest town on Holy Island, just off the island of Anglesey in North Wales.

Despite its isolated position, it is a major ferry port across the Irish Sea to Ireland which has been a crossing point for over 4,000 years. 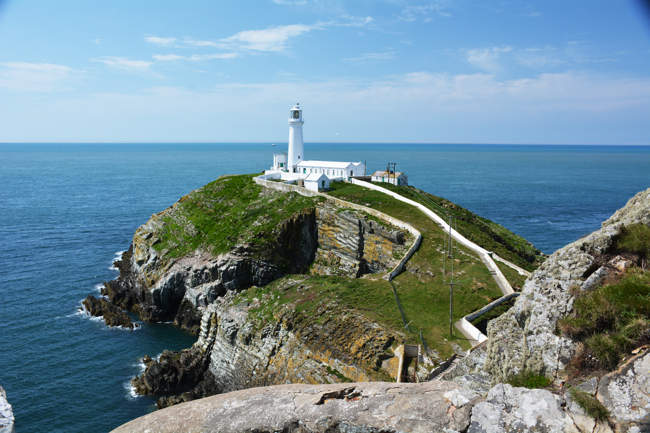 Lighthouse at South Stack near Holyhead

Superfast ferries complete the crossing from Holyhead to Dublin in 99 minutes, making it a popular route for foot passengers to make a day trip. It currently handles over 2 million passengers per year.

The area around Holyhead has many historic and pre-historic sites including burial sites at Barcloddiad Yr Gawres and Llys Rhosyr.

Mynydd y Twr is a prehistoric hillfort with traces of standing stones, burial chambers and circular huts on one of the richest sites in Britain. 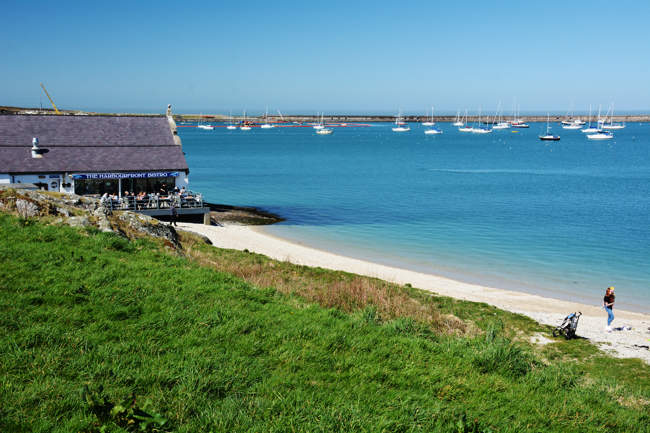 Holyhead grew up around St Cybi's Church which was originally a Roman fort.

It had defensive walls on three sides and the sea gave protection on the fourth side. 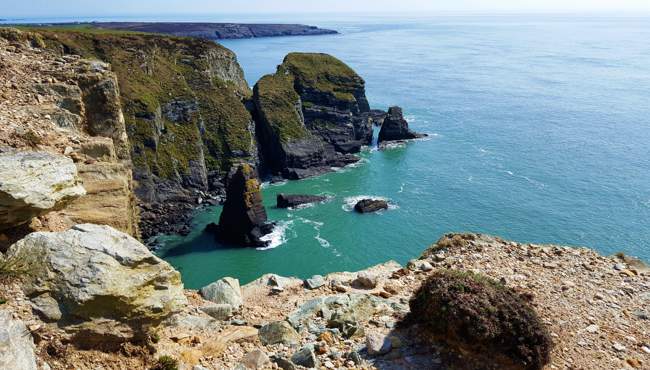 The mile-long causeway known as the Cob was constructed in the early 1800s by Sir John Stanly, 1st Baronet of Alderley.

It was part of the flood defence system and now carries the A5 along with the coastal path and a cycleway.

For many years the Royal Mail was brought to Holyhead by mail coach from London and then by ship to Dublin.

However, this changed when the railway was built from London to Liverpool in 1839 offering a faster service. 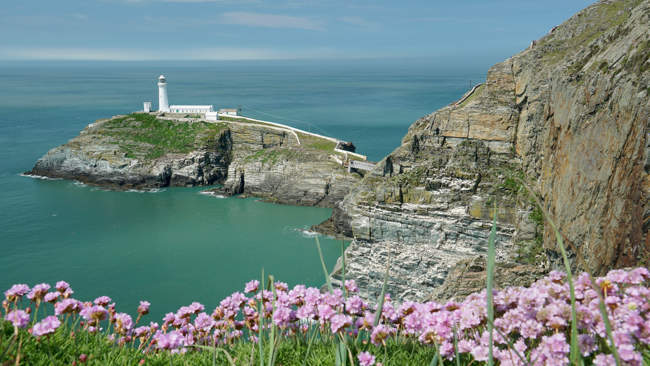 In 2001 the A55 dual carriageway was built from Chester all the way to the Holyhead Docks.

Holyhead, with its 13,500 inhabitants, is a bustling town that attracts many visitors as a destination in its own right and as a base for exploring Anglesey. 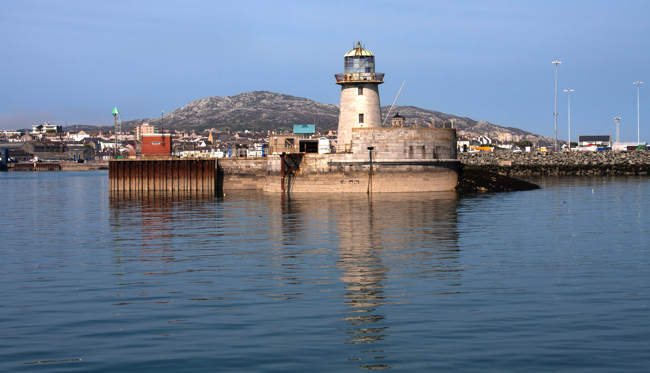 It has a good choice of shops and restaurants with a leisure centre, theatre and a cinema.

The town has an interesting harbour and a marina sheltered by the second-longest breakwater in the world. 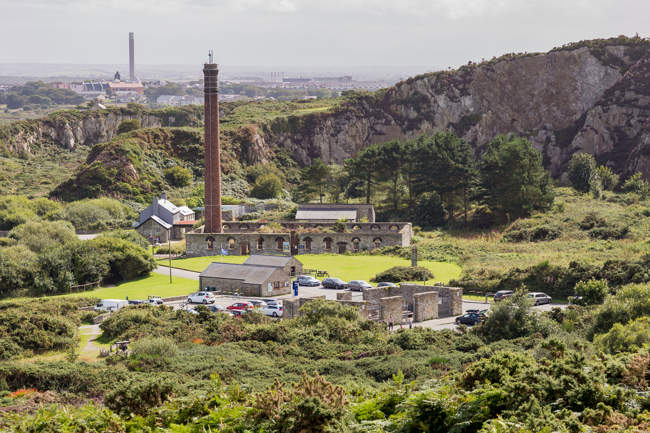 Holyhead is a frequent winner of the "Britain in Bloom" and "Wales in Bloom" contests each year with its colourful floral displays.

One of Holyhead's famous residents include politician Glenys Kinnock and comedian Dawn French, who was born in the town.

Things to Do Around Holyhead

Holyhead has plenty of activities nearby. There is excellent fishing, sailing facilities, boat trips and golf at the 18-hole Holyhead Golf Club. 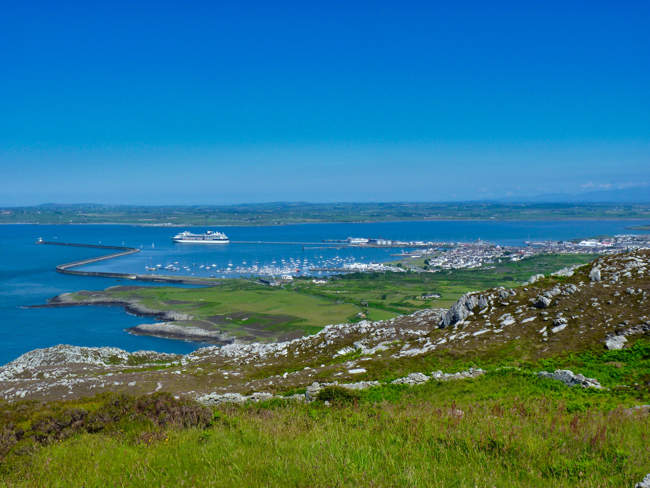 A ferry to Ireland sails from the port of Holyhead

Walkers and cyclists can enjoy the beautiful scenery and the beaches at Treaddur Bay are perfect for families.

The sheltered coves around Holyhead boast safe bathing in clean waters. Water sports are available and there is a surf school nearby at Rhosneigr. 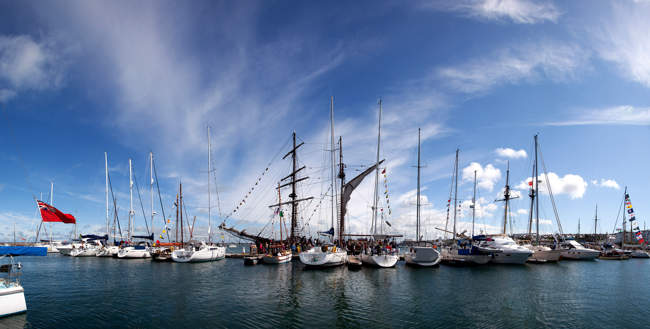 The walk to South Stack Lighthouse is scenic with breathtaking views from the clifftop.

There is a Visitor Centre and a webcam to view the many puffins, guillemots and razorbills that nest on South Stack Cliffs.

The Anglesey Coastal Path starts and finishes at St Cybi Church and takes in many of the area's highlights and beaches.

The Maritime Museum at Holyhead is particularly rich in exhibits where you can learn about the 100+ shipwrecks that have taken place on the rocky shores nearby. 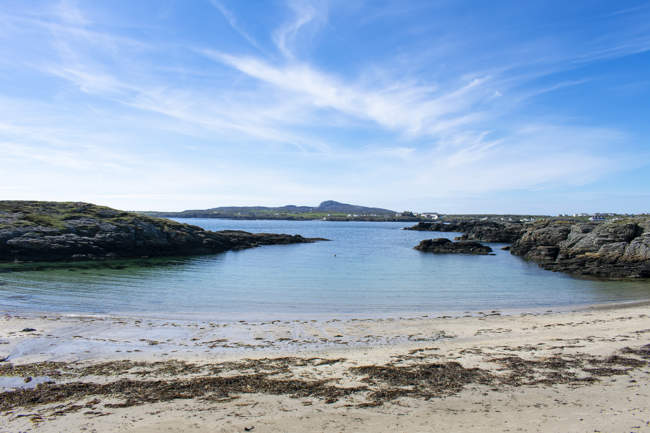 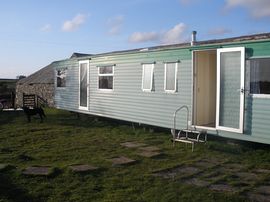 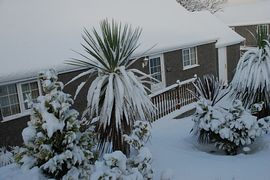 more self catering near Holyhead...

Days Out in Holyhead

Places to Visit near Holyhead