You are here:  Towns -> Places to Visit in Derbyshire -> Buxton

Things to do in Buxton, Derbyshire 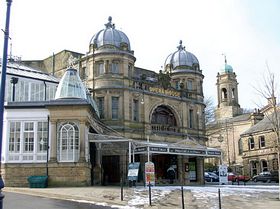 The market town of Buxton is the highest town in England at 1,000 feet (307m) above sea level. It is a historic spa town in Derbyshire, famous for its spring waters and Poole's Cavern, an extensive limestone cave.

Buxton was inhabited by the Romans when it was known as Aquae Arnemetiae. Roman coins have been found in the area.

The town was developed in the late 18th century by the Dukes of Devonshire whose seat is at the nearby Chatsworth Estate. It was further developed by the Victorians as a health spa where visitors "took the waters" for their health.

Buxton is an easy town to walk around. The main pedestrianized street has a number of chain stores, local supermarkets, a newsagent, boutiques, gift shops and plenty of cafés and tea rooms.

Buxton's Edwardian Opera House is at the entrance to the lovely Pavilion Gardens which has a flowing river, a bandstand and the Octagonal Hall and Arts Centre which hosts many craft fairs, antiques fairs and other events.

Near the lake in the gardens is one of the few remaining Penfold octagonal post boxes which is still used by the Royal Mail.

One of the oldest buildings in Buxton is the Old Hall Hotel, dating back to the Middle Ages. It was rebuilt in 1573 by Bess of Hardwick and her husband, the 6th Earl of Shrewsbury. The tower was used to jail Mary Queen of Scots when she was under the custody of the Earl. An inscription on the glass window of room 26 can be seen and is accredited to her saying farewell to Buxton before her death.

Near the Crescent, which was modeled on the Royal Crescent in Bath, St Anne's Well is popular with visitors who fill their bottles with the pristine mineral waters. In the summer the traditional well dressing festival is an old custom.

The spa baths are on the site of the original Roman baths. The building was redeveloped in 1987 and features a gorgeous stained glass canopy by Brian Clarke, the largest stained glass window in Britain.

The beautiful domed building in Buxton was once the Great Stables, then the Devonshire Royal Hospital and is now part of the University of Derby campus.

Things to do in Buxton

The town itself is rich in architecture, gardens, monuments and places to visit,such as Buxton Museum and Art Gallery. Buxton remains a genteel English town of culture and history.

Buxton is known as the Gateway to the Peak District National Park and in the summer it is populated with keen walkers, cyclists and tourists exploring its many lovely attractions. Two popular walks are to the top of nearby Grinlow Hill with its crenelated folly at the summit, and up Corbar Hill in the opposite direction, topped by a wooden cross.

The surrounding area is rich in natural attractions such as Poole's Cavern which was formed by the River Wye and has many stalactites and stalagmites. It is within Buxton Country Park. 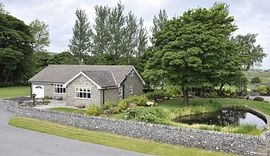 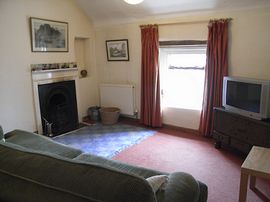 more self catering near Buxton...

Days Out in Buxton

Places to Visit near Buxton