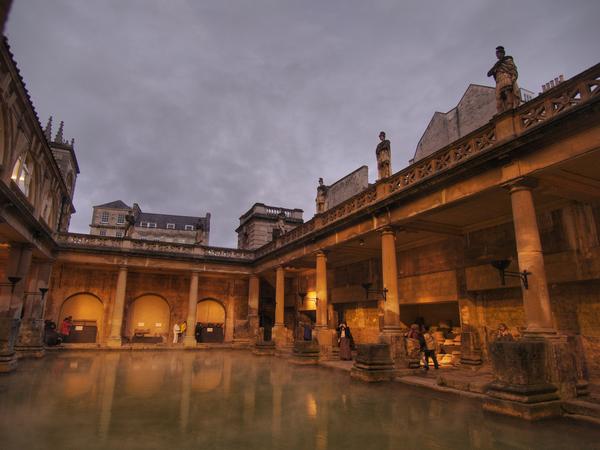 The Romans believed in companionship, entertainment, exercise, and cleanliness. All four beliefs could be incorporated into one outing... a day at the Roman Baths.

Often spreading over several city blocks, the baths were an integral part of Roman life and could have accommodated large crowds of citizens easily. 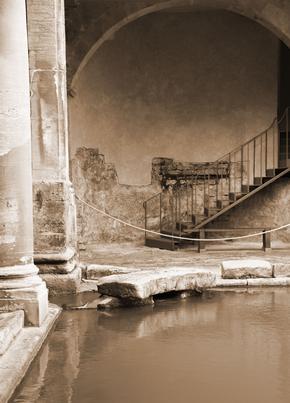 Corner Of The Baths

Meeting friends for a long gossip, listening to the latest poet vocalize his composition, enjoying a leisurely meal, or seeing the theater production of the moment - the bathhouse was more than just pools of water.

Games of dice, board games, wrestling or boxing matches provided either visual entertainment or active participation.

Many centers had libraries within their walls, or featured lecture halls.

Owned by the state, some Roman baths charged an entry fee, just enough to keep out the riff-raff. Paying the way in for friends was a nice way of ensuring popularity for yourself, and perhaps a bit of political clout for the future.

Separate bathing times were established for men and women. Bathing together was frowned upon, although it did happen. Usually, women took the early morning hours, with men coming in during the mid-afternoon when their work was completed. 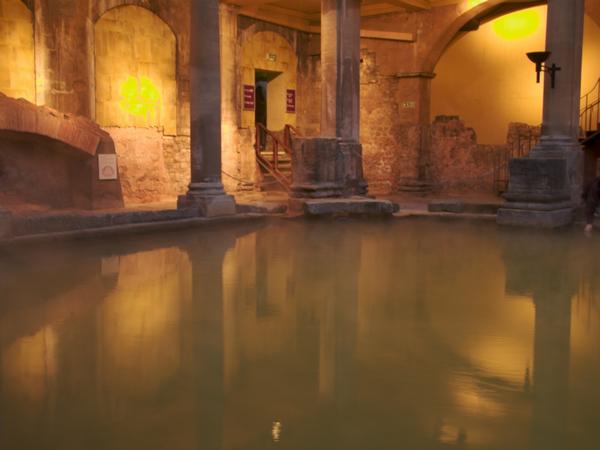 Visiting a bath assured everyone the opportunity to keep abreast of what was going on in the town, or The Empire. It was also the way to keep connections fresh and gain recognition.

Roman baths featured physical activities to work up a sweat. It was easy to play hard, or exercise intensely, and then relax with a hot bath followed by an oil massage.

The daily routine didn't vary much: The first place to visit was the 'unctuarium', where oil was rubbed on the skin. Now wearing very light clothing, it was time for vigorous exercise. Ball games, hand to hand combat, weight-lifting, and running were popular. 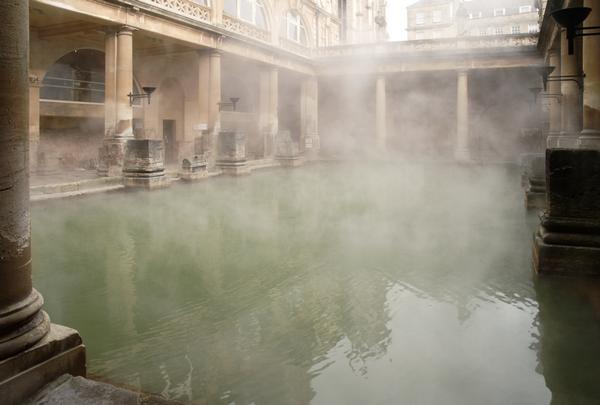 Tired, many times exhausted, the future bather would then enter the 'tepidarium', or warm room. Here the latest gossip would be exchanged, or perhaps money tips traded. Snacks would be served along with beverages.

Sitting in a steam room, while a slave scraped your skin, was the final procedure before stepping into the hot bath (again wearing a very light cover).

This pool would either be heated by the hypocaust system (the same furnace system used by Roman villas), or by utilizing natural hot springs, such as Bath in the West Country was fortunate to have.

The pleasure of a final rinse would be in the 'frigidarium'...the cold bath.

Finally totally refreshed, and clean, a scented oil massage would have been the last step in the revitalization process. Exiting the bathing area, lighter entertainments could then be explored.

It could be said that Roman baths were the health clubs of that day and age.