You are here:  Attractions -> Things to Do in Derbyshire -> Bolsover Castle 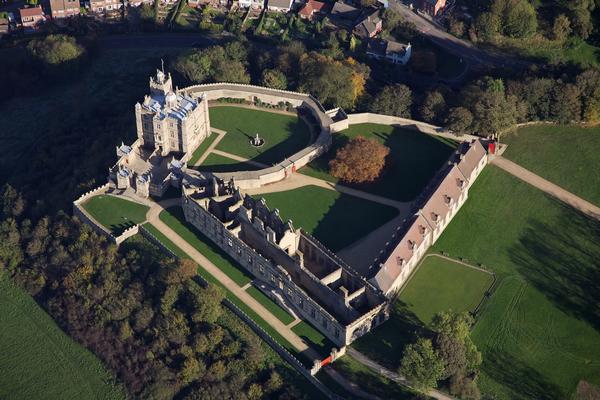 © Shutterstock / Ian Bracegirdle
Bolsover Castle in Derbyshire is well off the beaten track in a former coal-mining area. It offers three wonderful buildings in one unique attraction.

The Little Castle provided an opulent stately home for the Cavendish family. The Terrace Range was intended as state rooms and did indeed accommodate Charles I in 1634. 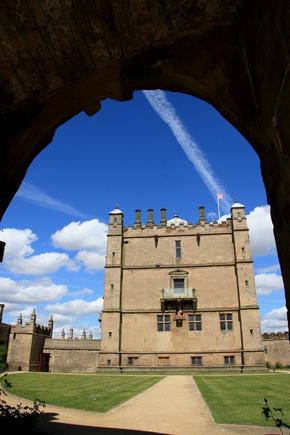 The Courtyard © Shutterstock / Tom Curtis
The final building is the Stable Range, built for equine training sessions with a useful balcony for overseeing the riding school.

Bolsover Castle is an unlikely mix of an early Norman stronghold and a Jacobean Manor.

The Norman Castle was built by the Peveril family in the late 11th century but the third generation owner was exiled in 1155 and the building was seized by the crown.

Part of the original curtain wall dating back to this period is now the "Wall Walk" in the castle gardens.

The primitive castle was purchased in 1553 from the crown estate by Sir George Talbot, gaoler of Mary, Queen of Scots.

Eventually it was sold to Sir Charles Cavendish in 1612 and he and his son William, First Duke of Devonshire, were responsible for much of the development of Bolsover Castle which can be enjoyed today. 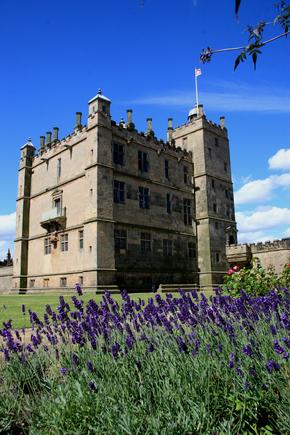 View from the Garden © Shutterstock / Tom Curtis
The Discovery Centre in the former stables is the best place to start your visit to this English Heritage property.

Enjoy the exhibits, listen to the audio-visual displays and pick up a helpful guide.

First stop should be the Little Castle, a mock medieval keep, built as a fanciful folly rather than for defensive purposes.

It eventually became a turreted mansion and provided a luxurious standard of living for Sir Charles and his family.

Approached by flights of wide, shallow steps, it has wonderful views of the surrounding Derbyshire countryside and the Peak District.

In 1616 Sir Charles died and William inherited the project. He added the Terrace Suite which included an extended kitchen and living quarters. 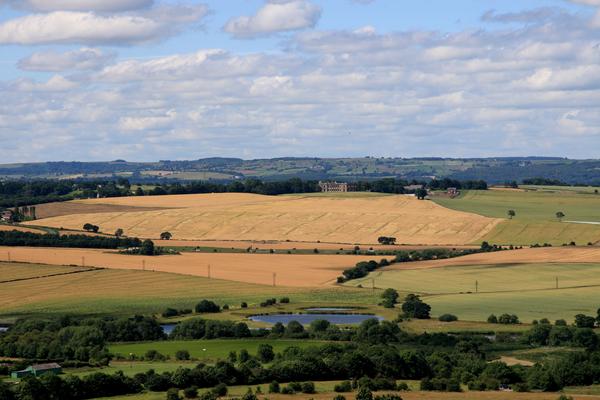 View Looking West © Shutterstock / Tom Curtis
The Jacobean painted panelling in the first antechamber, the gilded walnut paneling picked out in gold and the magnificent wall paintings in the servants' hall of the twelve Labours of Hercules are fantastic works of their period.

Glorious painted ceilings and intricately carved fireplaces are a tribute to the craftsmen of their day.

At the news that Charles I and Queen Henrietta Maria intended a visit in 1634, a special masque was written and performed for them in the castle. 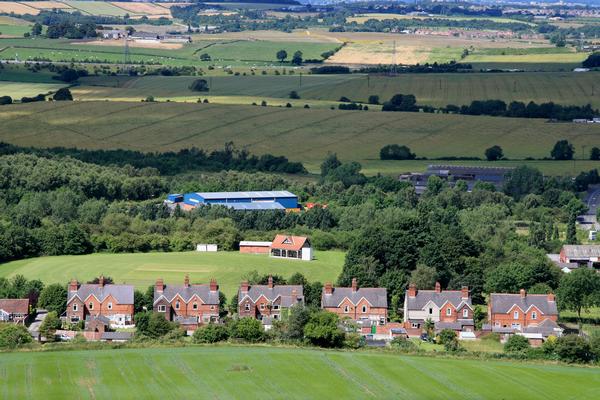 View Looking East © Shutterstock / Tom Curtis
William was a fine horseman and keen horse trainer. His final indulgence was to build the unusual Stable Range for training horses. The viewing balcony is useful for getting a closer look at the magnificent timber roof.

Renovations were completed by English Heritage in the year 2000, restoring the glorious wall paintings and making interesting discoveries beneath the painted decoration.

The castle battlements were also rebuilt along with the Venus Garden with its fountain and 23 new statues.

With extensive grounds and wonderful views over Scardale, Bolsover Castle is an excellent family day out, well worth bringing a picnic or lingering in the coffee shop afterwards.

Days Out near Bolsover Castle

Places to Visit near Bolsover Castle