You are here:  Towns -> Places to Visit in Derbyshire -> Chesterfield

Things to do in Chesterfield, Derbyshire 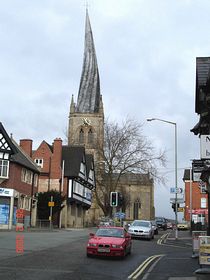 The church of St.Mary and All Saints. Built in 1250 its famous crooked spire is 288 ft .high, © David Robert Bates

Chesterfield is Derbyshire's largest town, situated close to the M1 and on the rivers Rother and Hipper.

Chesterfield got its charter from King John in 1204 and was allowed to hold its first market. The tradition continues today as it currently holds one of the largest open-air markets in the UK with around 250 stalls every weekend.

In the 14th century the Church of Saint Mary and All Saints was constructed with a fine spire added in 1362. A strange phenomenon has occurred leaving the spire both leaning and wonderfully twisted. It is thought that the lead covering heats up on the south side in the afternoon sun and caused the wood to contort.

Chesterfield was granted a charter of incorporation by Elizabeth I in 1594, allowing it to be governed by a mayor with aldermen, burgesses and brethren assisting him.

Big changes arrived in Chesterfield when George Stephenson, a local resident, constructed the Derby to Leeds Railway in 1837. It was during the construction of the railway that coal was first discovered in the area and the town now sits above a labyrinth of shafts and tunnels.

Chesterfield employed up to 15,000 miners until 2002 when the last mine was closed. Ironstone was also being quarried and Stephenson set up a business in Clay Cross to make use of these natural resources. He lived at Tapton House and is buried in the Trinity Church. He is remembered with a statue outside the railway station.

The population of Chesterfield was just over 70,000 in the 2001 census. The landmark crooked spire on the 14th century church can be seen for miles.

The town itself has retained its early 12th century layout. In the centre of the town is the historic "Shambles" of narrow medieval passageways lined with brick and half-timbered buildings.

The Royal Oak is said to be one of the oldest pubs in Britain. It dates back to the 12th century and was used as a resting place for the Knights Templar.

Along the High Street the market surrounds the historic Market Hall and the Co-op is the largest department store, near Holywell Cross. The Pavements Shopping Centre has many larger stores and shares the complex with the public library. There is the Winding Wheel venue and the Pomegranate Theatre for entertainment.

Things to Do Around Chesterfield

Tapton House, the former home of engineer and railroad builder George Stephenson, is currently used as part of Chesterfield College campus. Tapton Gardens are now free to visit and were laid out as Peace Gardens in 1947. The earth mound in the grounds was probably the motte of an early castle or keep.

The Five Pits Trail is used by walkers and cyclists to trace the route between five former mines. Very little evidence of mining remains and the path is surrounded by scenic Derbyshire countryside.

The Chesterfield Museum is in the Stephenson Memorial Hall, a former Mechanics' Institute. It has a small collection of local history exhibits.

St Mary's Church can be visited on most days and visitors can climb part way up the spire for magnificent views of the countryside. 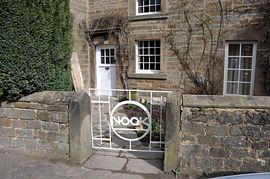 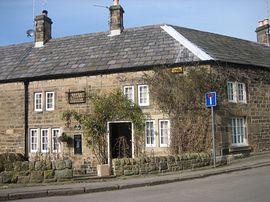 more self catering near Chesterfield...

Days Out in Chesterfield

Places to Visit near Chesterfield