You are here:  Towns -> Places to Visit in Derbyshire -> Clay Cross

Things to do in Clay Cross, Derbyshire 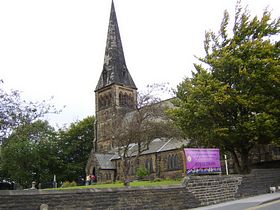 Clay Cross began as a mainly farming community until in 1837, whilst George Stevenson was building his railway from Leeds to Derby, tunnelling began beneath the town and vast deposits of coal and iron ore were found.

This prompted Stevenson to sink mines and build an iron foundry to utilise these deposits. Soon the population of the town expanded as men and their families came to work in the new industry.

This foundry and its associated industries became "The Clay Cross Company", which prospered until 2004 when, like many British engineering firms, it was closed and its business moved abroad.

St Bartholomew's Church, which occupies a prominent position on the High Street, was built in 1851; the spire was added some six years later.

It is a fine example of the Early English architectural style, with stained glass windows.

Next door to the church is the oldest building in Clay Cross, "Hill House", built in 1833 it was sold to the North Midland Railway during tunnelling operations.

It has been used over the years as offices for varying businesses and is now a Residential Care Home. 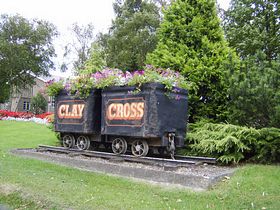 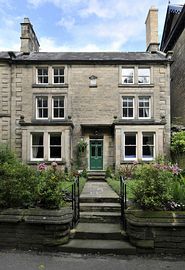 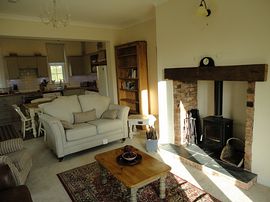 more self catering near Clay Cross...

Days Out in Clay Cross

Places to Visit near Clay Cross