You are here:  Attractions -> Things to Do in Tyne and Wear -> Angel of the North 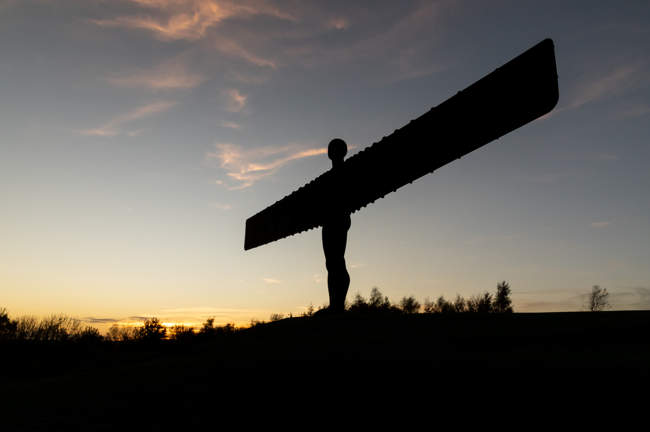 At 20 metres tall, with a 54-metre wingspan and weighing 200 tonnes, the Angel is Britain's largest sculpture and towers over the Team Valley from its hilltop site. 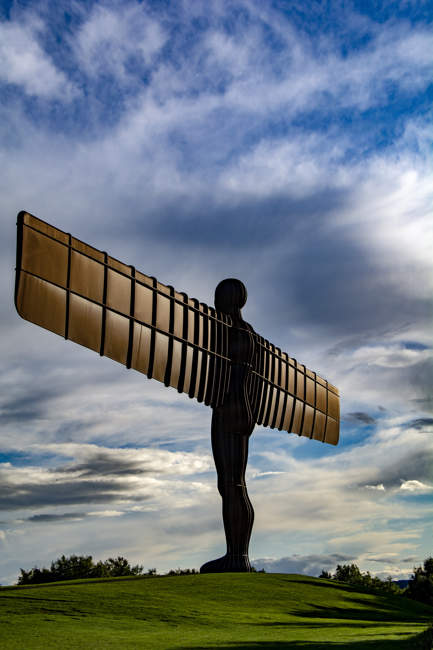 Angel Of The North ©dan - stock.adobe.com
In 1994 Gateshead Council chose Turner prize-winning artist Antony Gormley OBE to produce a landmark sculpture as a symbol for Tyneside.

Funding was secured in 1996, and the giant contemporary sculpture was erected on-site on 15th February 1998.

The Angel of the North is as much a feat of engineering as a work of art.

The sculpture has a greater wingspan than a Boeing 757 and has to be able to withstand winds of over 100mph in its exposed location.

This required a complex construction with an internal 'skeleton' and sheet steel of varying thickness.

Structural engineers from Ove Arup & Partners worked on the engineering of the project to make sure the relatively slender body can withstand the enormous forces generated by gale-force winds.

The Angel is made from 3,153 individual steel pieces and was constructed by Hartlepool Steel Fabrications Ltd, taking a team of 20 people working for 6 months.

700 tonnes of concrete and 32 tonnes of steel were used to create foundations that anchor the sculpture to the solid rock 20 metres below. 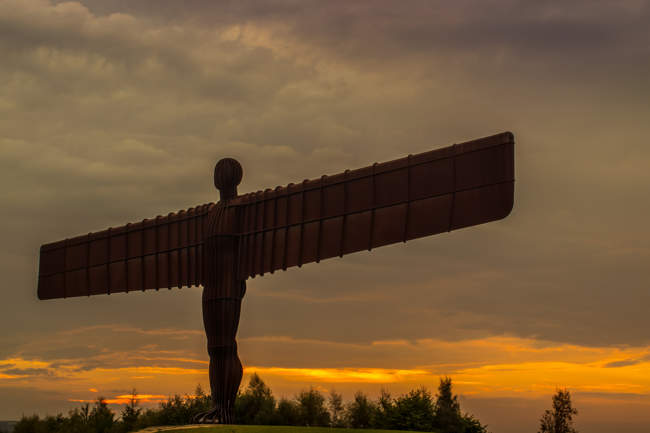 Angel of the North ©David - stock.adobe.com
Created in three parts - the body weighing 100 tonnes, and two wings weighing 50 tonnes each, the Angel was transported on three huge lorries, before being assembled on site.

The wings are not flat - but are angled 3.5 degrees forward, which Gormley says was to create "a sense of embrace". 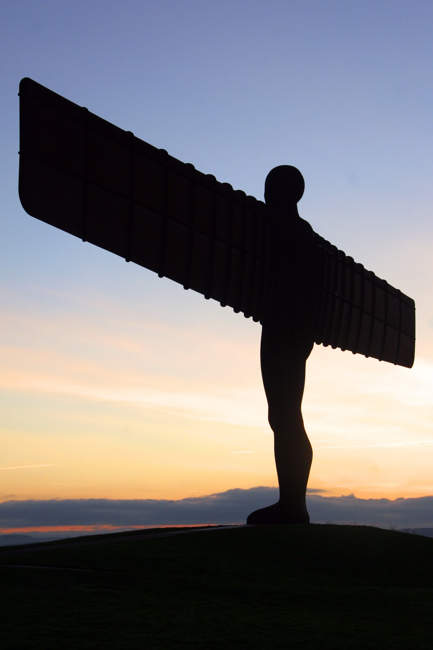 How was the Angel of the North Funded?

The cost was controversial in a relatively deprived area of Britain, but as time has passed the Angel has become a much-loved landmark and a symbol of pride for the local area. 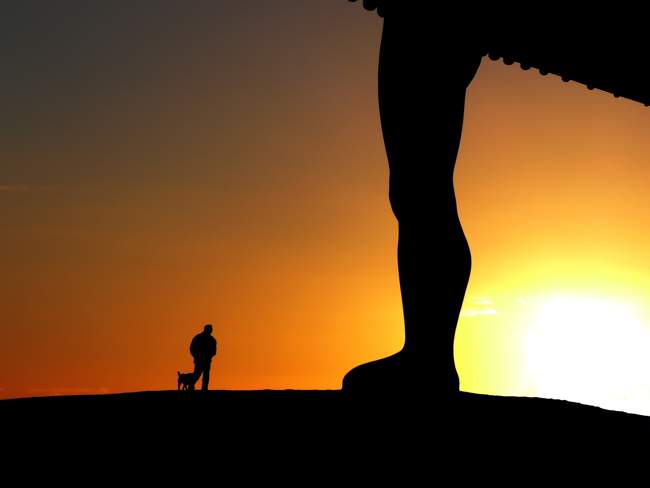 Although the Angel of the North can be seen from miles around, you have to visit the site itself and stand at the feet of the giant to truly appreciate the scale and majesty of this most recognisable of England's landmarks. 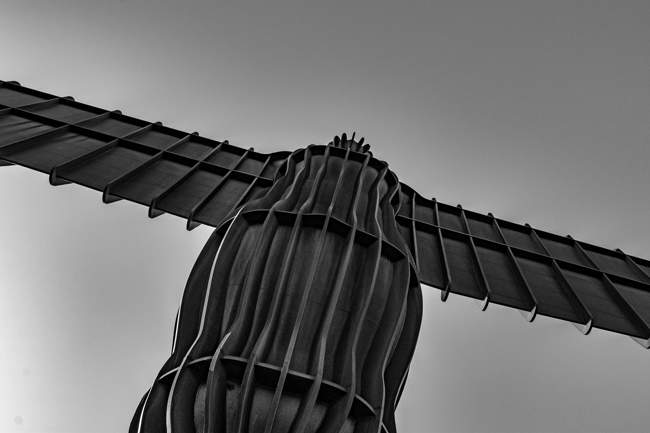 Angel Of The North ©dan - stock.adobe.com
Visiting by car is easy:  The postcode for parking is NE9 7TY so just put that in your satnav.

There are 26 parking spaces plus four disabled bays.  Parking is free but can get busy at peak times.

Antony Gormley has created one of the most recognisable pieces of art in England that is seen and enjoyed by tens of thousands of people every day. 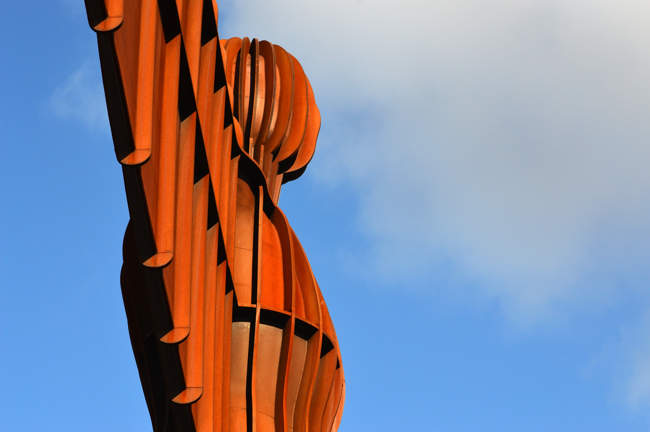 10 Interesting Angel of the North Facts 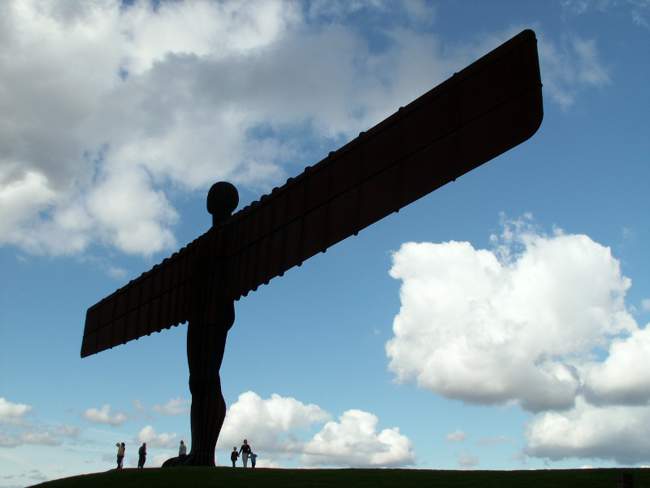 Angel of the North FAQ

Q.  Can you go inside the Angel of the North?

A.  No the sculpture was not designed to make access possible.

Q. When was the Angel of the North built?

A. Construction of the statue off-site began in July 1997 and work on the foundations started in September 1997.  The Angel was installed on 15th February 1998 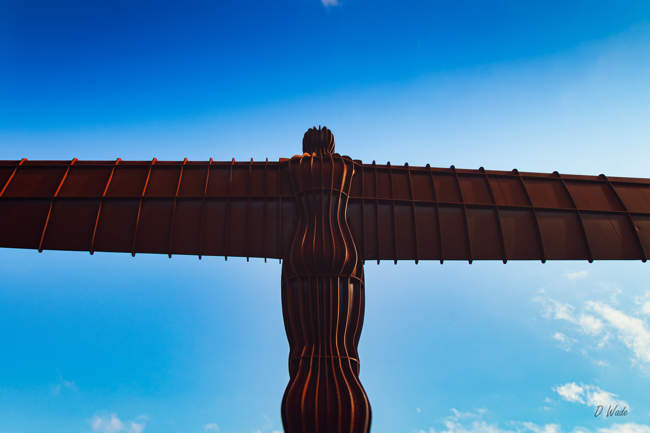 Q. Does the Angel of the North have a nickname?

A. Two nicknames actually - it's known locally either as "Rusty Rita" or "The Gateshead Flasher".

Q. What is the meaning of the Angel of the North?

A. According to the artist Antony Gormley:  "The angel has three functions - firstly a historic one to remind us that below this site coal miners worked in the dark for two hundred years, secondly to grasp hold of the future, expressing our transition from the industrial to the information age, and lastly to be a focus for our hopes and fears - a sculpture is an evolving thing." 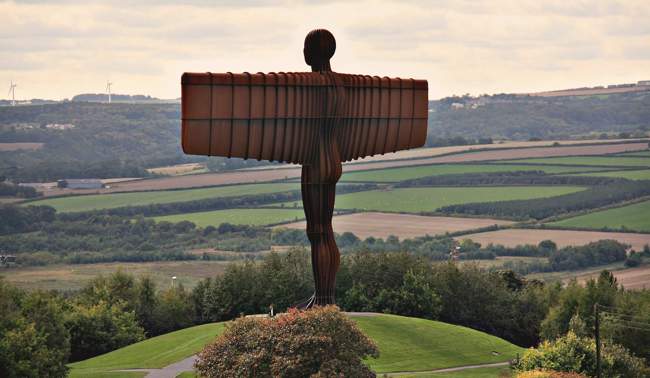 Q. How old is the Angel of the North?

Q. Why is the Angel of the North Rusty?

A. Statues are often cast in bronze, but that would not have been strong enough to withstand the wind loads on this exposed site.

Steel was chosen instead, but continually re-painting it, or using stainless steel would have been too expensive.

For that reason Cor-ten steel (an alloy of steel and copper) was used.  This material develops a rusty patina which protects the structure from further corrosion and provides an attractive finish that requires very little maintenance. 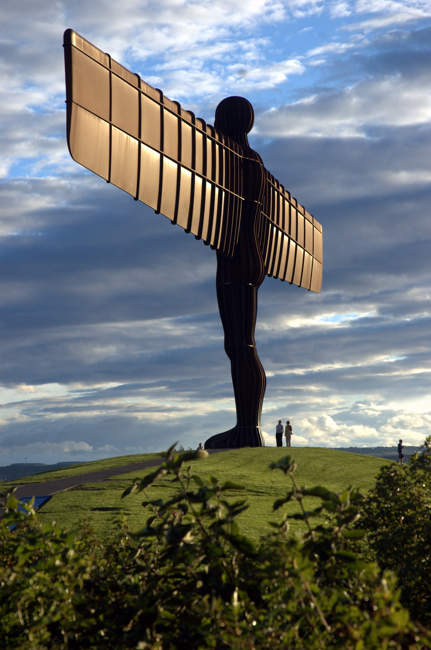 Q. Is the Angel of the North in Newcastle?

A. No, it's in nearby Gateshead.

Q. What gender is the Angel of the North?

A. There are no obvious male or female features, so you can imagine whichever gender you like.  However, Antony Gormley, the artist who created the sculpture, designed the body of the Angel as a scaled-up version of his own body, so perhaps it's male.

Q. Is the Angel of the North lit up at night?

A. No.  Although it has been lit for special occasions such as its installation in 1998 and on its 10th birthday.

Q. Why is the Angel of the North Famous?

A. Probably because it's seen by so many people.  It's estimated that 90,000 people see the statue every day making it one of the most famous artworks ever produced.  It's also become a much-loved symbol of the regeneration of the Gateshead area. 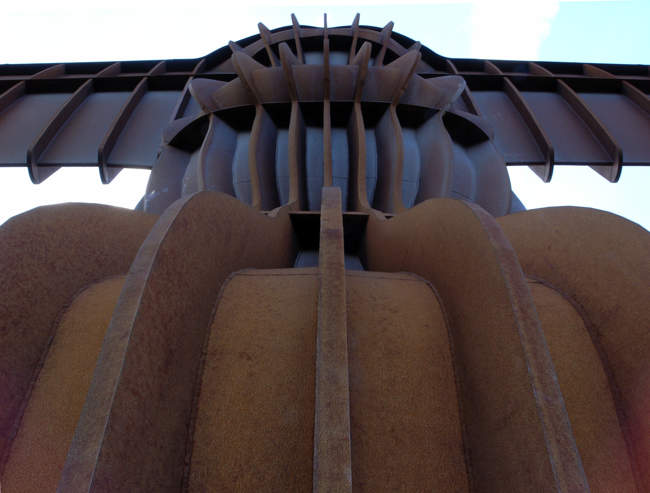 Antony Gormley OBE was born in 1950 and is a well known British artist with public works in the USA, Australia, Japan and Norway.

He won the Turner Prize in 1994 and has exhibited in the Tate Gallery, the V&A Museum and the British Museum.

Many of Antony Gormley's sculptures explore the relationship of the human form to space and tackle fundamental questions about how human beings relate to nature and the universe. 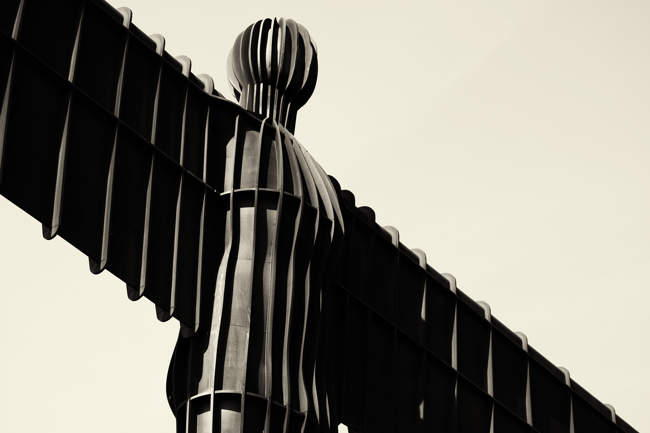 Days Out near Angel of the North

Places to Visit near Angel of the North