You are here:  Towns -> Places to Visit in Norfolk -> Winterton on Sea

Things to do in Winterton on Sea, Norfolk 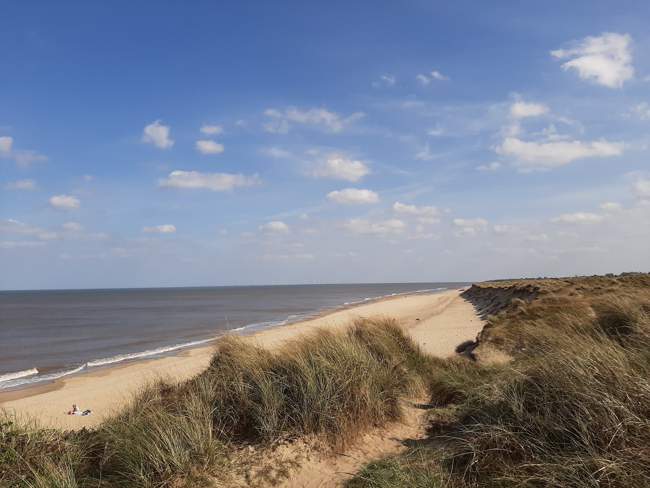 Situated on the Norfolk coast between Great Yarmouth and Cromer, on the edge of The Broad's National Park, Winterton-on-Sea is a former fishing village which is a lovely spot for a quiet beach holiday without the glitz of the busier resorts.

With a stunning beach offering acres of golden sand and no crowds, as well as beautiful sand dunes designated as a nature reserve, it's an idyllic place to relax and enjoy the natural beauty of the seaside.

7 Great Things to do in Winterton-on-Sea

1. Take a Circular Walk with your Dog

There are lots of great walks in and around Winterton-on-Sea - just one reason why it's so popular with dog owners.

This circular walk around this seaside village is only 3.5 miles long, but takes in Winterton Beach and dunes, much of the town and also the atmospheric ruins of St Mary's Church in nearby East Somerton. 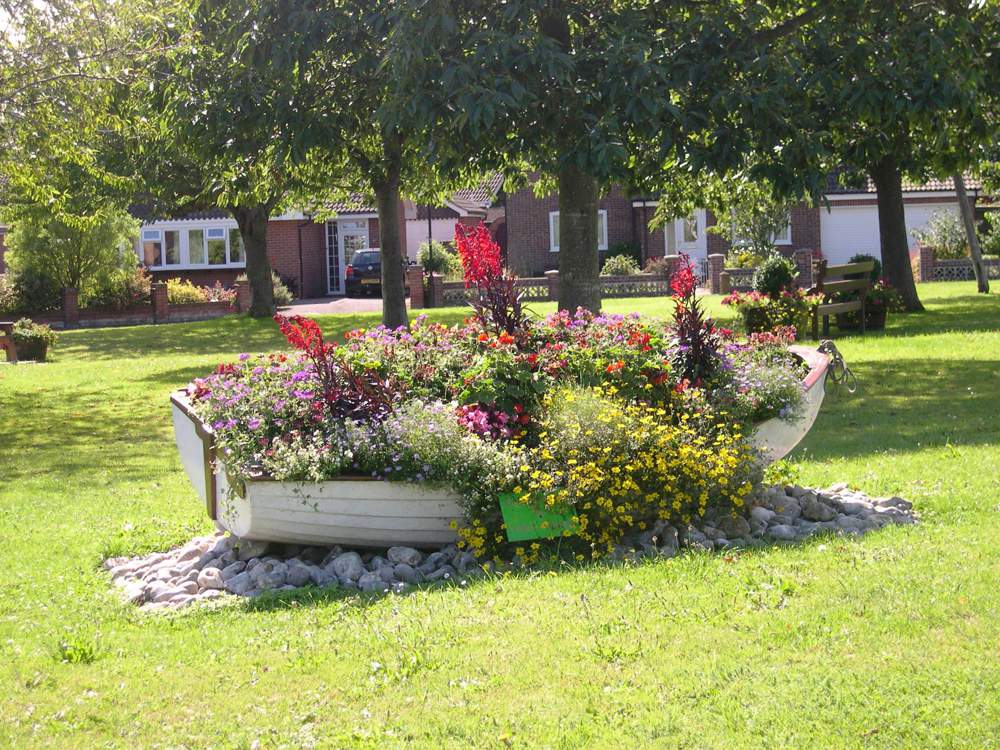 Dogs are not compulsory - you can also enjoy this lovely walk without one!

The best time of year for seal watching is December when you can see the mothers on the sand with their new pups. 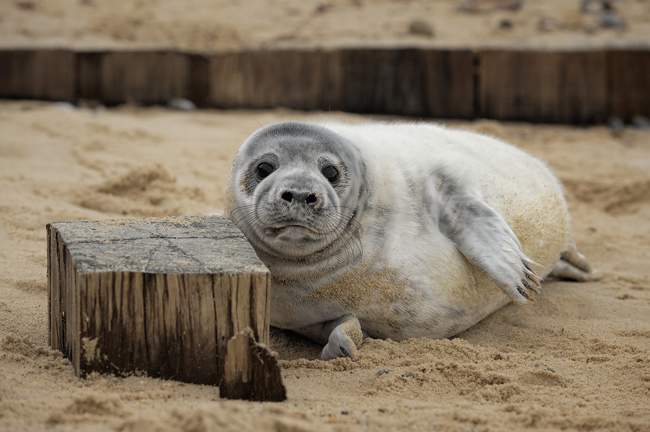 But you can spot seals at Winterton-on-Sea at any time of year, usually swimming just offshore.

If you do see seals on the beach, don't get too close - mothers have been known to abandon their pups if disturbed and seal wardens advise staying at least 10 metres (30 feet) back.

A fence has been installed to protect the area where seals come to give birth to their pups so that visitors can enjoy the wonderful sight from a safe distance.

3. Enjoy an Evening in the Village Pub

The Fisherman's Return is more than 300 years old.  It has recently been extended at the back with a larger restaurant area, making it a great place for an evening meal too.

With an impressive 132-foot tower visible from around this lovely village, the church isn't hard to find.

The tower is open to visitors on Saturdays in the spring and summer months. 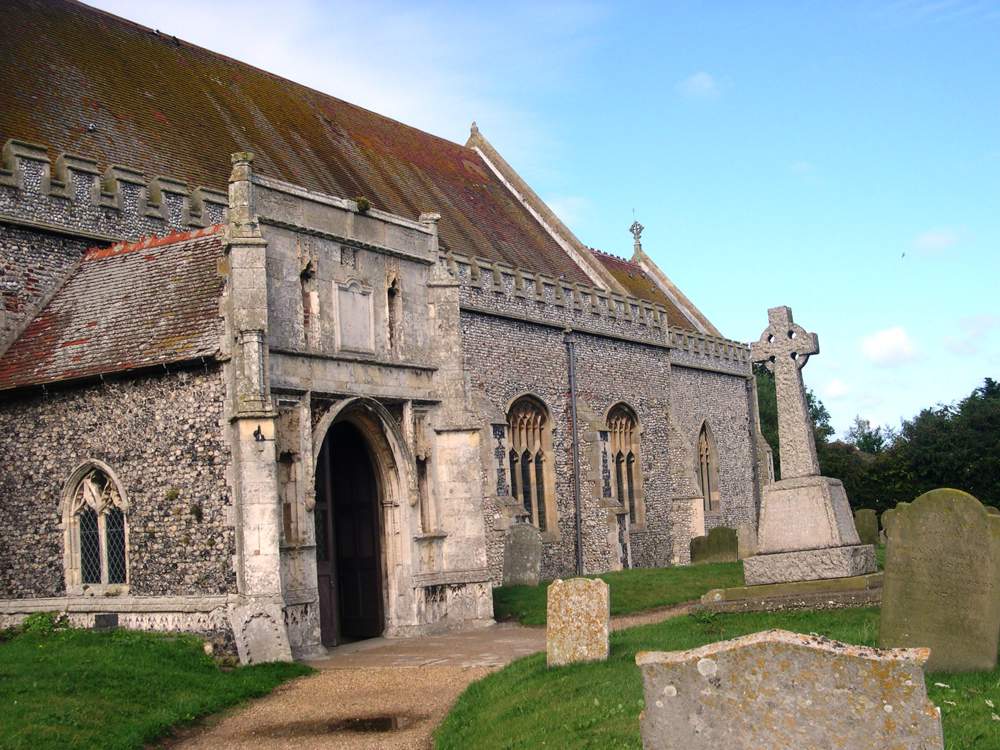 Admire the beautiful countryside and sea views from the top - and spare a thought for the soldiers tasked with keeping an overnight lookout from the top of the tower during the war.

See if you can spot their writing etched into the lead work.

Fittingly for a fishing village, the church has a Fisherman's Corner with a crucifix carved from a ship's timbers.

5. Build Sandcastles on the Beach 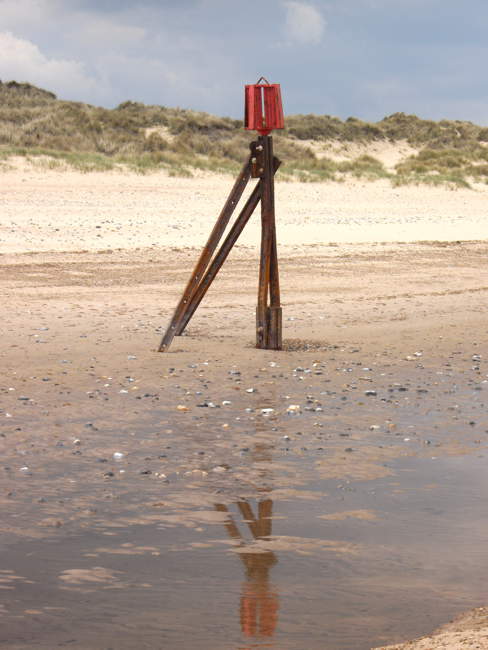 Winterton-on-Sea has a vast area of beautiful golden sand, ideal for building sandcastles, digging holes, writing in the sand and all your favourite beach activities.

6. Explore the ruins of St Mary's Church at East Somerton 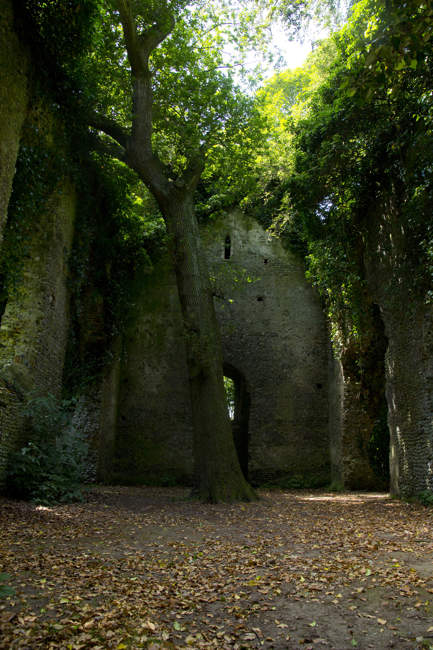 Explore the remains of the 13th-century tower and the 15th-century nave, well-concealed in spring and summer months within the beautiful woodland that has grown up around the church since it was abandoned in the 17th century.

7. Listen out for Natterjack Toads in the Winterton Dunes SSSI

Winterton Dunes are an important natural habitat and have been designated a Site of Special Scientific Interest.

The endangered Natterjack Toads live in the Dunes, but they're difficult to spot.  Listen out for the distinctive mating call of the males.

Loomes has been part of village life in Winterton for many years.

Renovated by new owners in 2017 it is now a well-stocked village shop with a Pay Point and a cash machine.

There's a great range of wines and spirits as well as a good range of food and lots of snacks when you're looking for a quick bite to eat.

Formerly the old post office, Poppy's is named after the owners' dog.

It still has the village post office, but now customers can also buy newspapers, groceries and a range of locally made crafts. 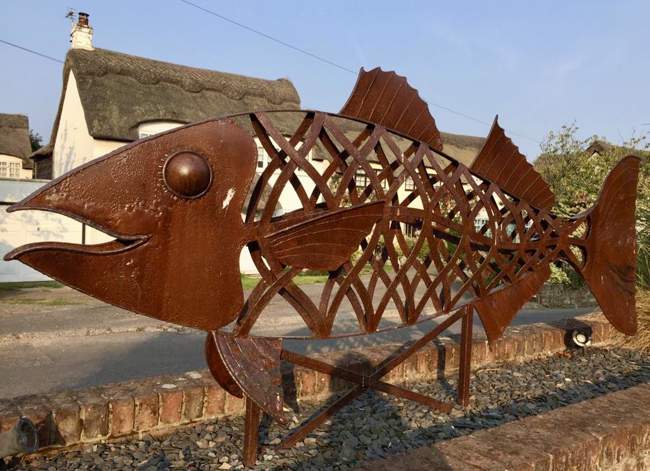 Fish outside the Fishermens Return © David Merrett via Flickr

With fresh fish delivered daily from Lowestoft and quality meat and game from local butchers, you're assured of food made with high-quality local ingredients.

Fisherman's Return offers a good range of pub food as well as vegetarian and vegan options and several "Children's Choices". 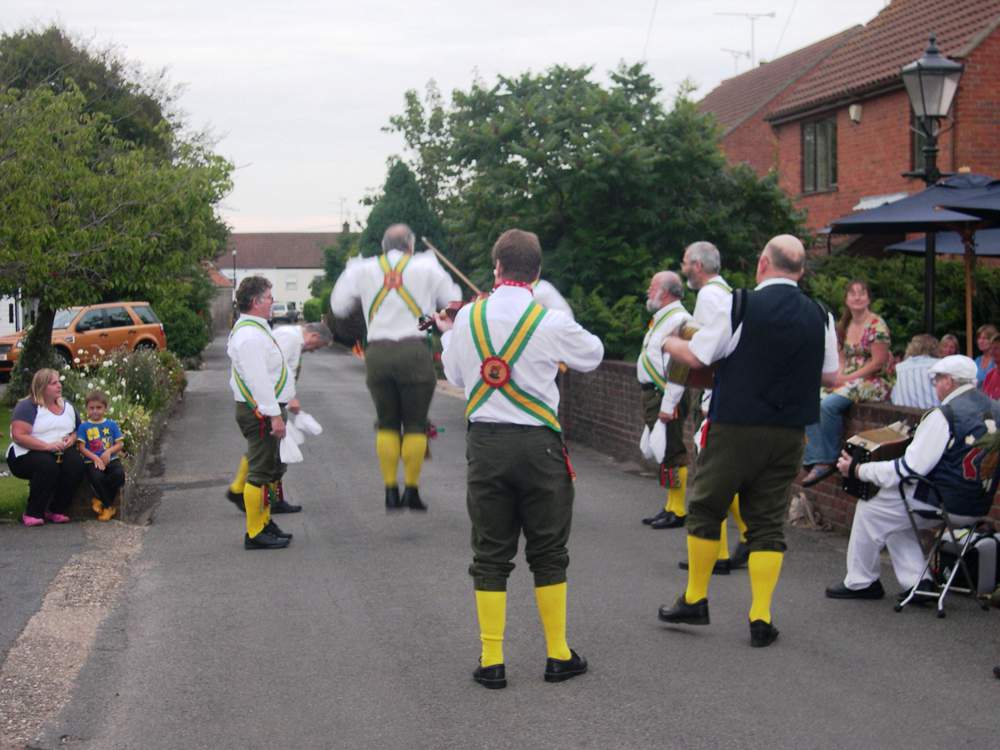 The tea room at Poppy's is a great place for an indulgent afternoon tea, or simply a cup of coffee and a slice of cake.

Coffee is freshly brewed Lavazza and the delicious scones and cakes are homemade.  You can even have a traditional fried breakfast to set you up for the day.

The tea room at Poppy's is dog-friendly, making it a great place to go after a long walk on the sandy beach.

Now run by Adrian and Lynne Collins who, in search of a new challenge, moved to Winterton after the pandemic and now run their own fish and chip shop!

The Fish Bar offers a full menu of favourites including cod, haddock, plaice and skate as well as burgers, sausages and pies.

There's a large car park right next to the beach, so there's always plenty of space to park, even in summer when the beach is busy.  Public toilets are also available at the car park. 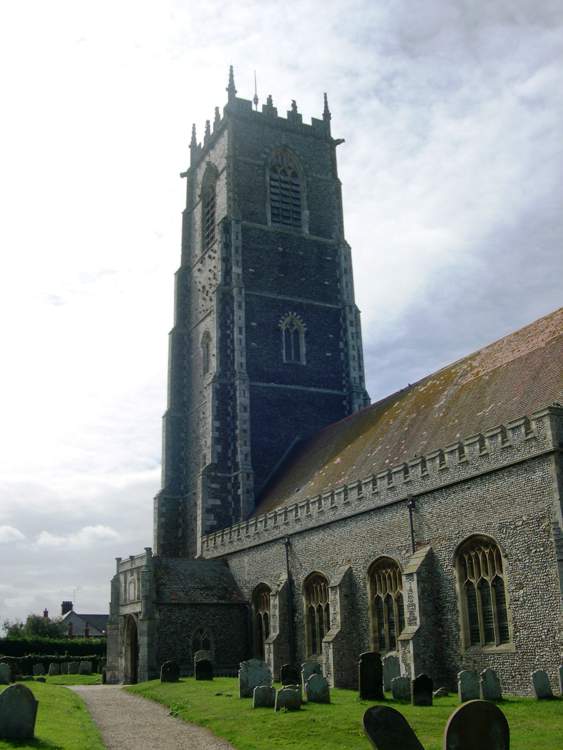 The car park is open from 08:30 to 20:00.  Attendants are on duty when the car park is busy and at other times payment is by donation in the buckets on the gates. 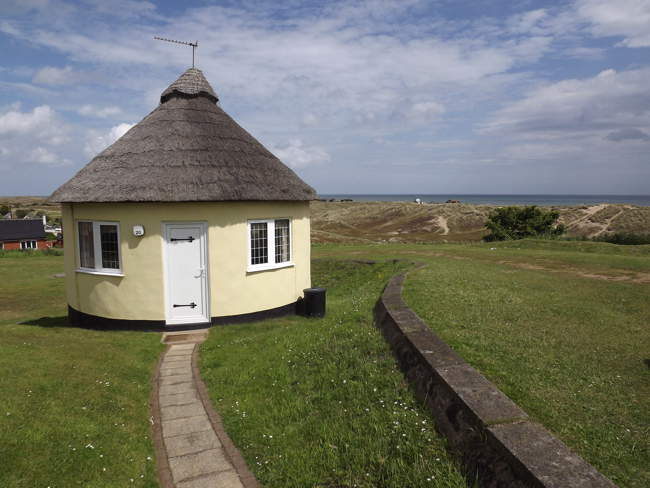 The colourful little roundhouses with the thatched roofs, inspired by roundhouses of Hermanus Bay in South Africa have become one of Winterton-on-Sea's landmarks.

Hermanus Holidays also has bungalows and chalets, gardens, a play area and a swimming pool, bar and restaurant.

The complex has an enviable location with great views over the dunes, so it's no wonder that holidaymakers return year after year. 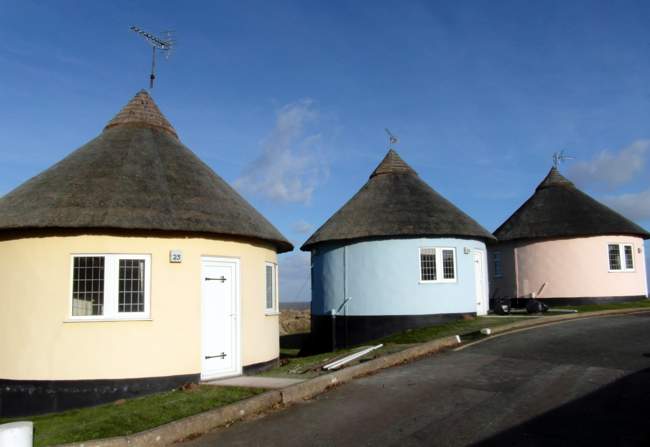 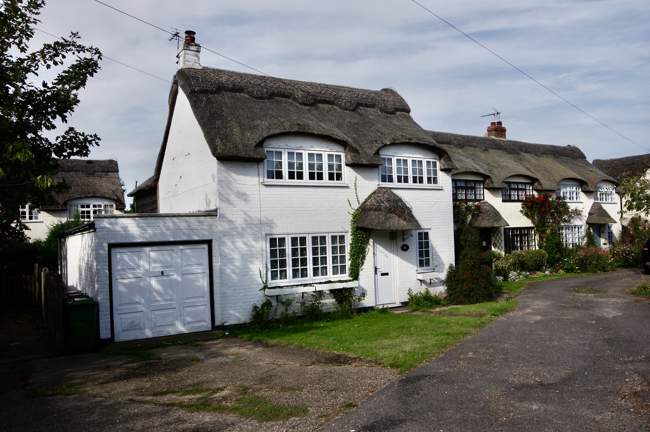 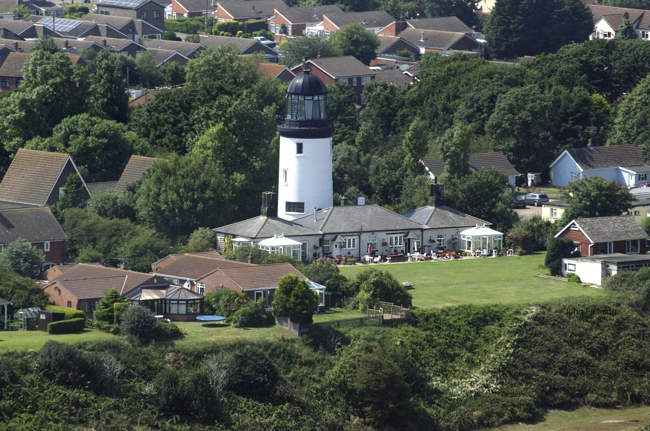 Winterton's historic 18th-century lighthouse (as mentioned in Robinson Crusoe), is available for holiday rentals.  As you'd expect, the spectacular views from the Lantern Room and the Sleeping Platform above it, are breathtaking.

Places to Visit Near Winterton on Sea

Looking very like a windmill, Horsey Windpump is an iconic landmark of the Norfolk Broads dating from 1912.  The building is managed by the National Trust and there is a tearoom for visitors.

Kids and adults alike will love a visit to the Sea Life Centre in nearby Great Yarmouth.  Learn all about the underwater world and the beautiful and fascinating creatures that live there.

The popular resort of Great Yarmouth is well worth visiting while you're in the area - especially with kids.  The Merrivale Model Village, the exciting rides on the Pleasure Beach and the Joyland amusement park are just a few of its attractions.

The adventure park at BeWILDerwood is always a favourite with families holidaying in the area.  With den-building, aerial walkways, a boat ride, face painting, zip wires and lots more, BeWILDerwood makes getting close to nature exciting for the whole family.

Explore the magnificent Somerleyton Hall Gardens.  12 acres of stunning formal and landscaped gardens.  A great place for a picnic - you can also buy sandwiches, cakes and drinks from PicNikBox. The hall itself is closed to visitors.

The village was recorded in the Domesday Book of 1086, making it more than 930 years old. 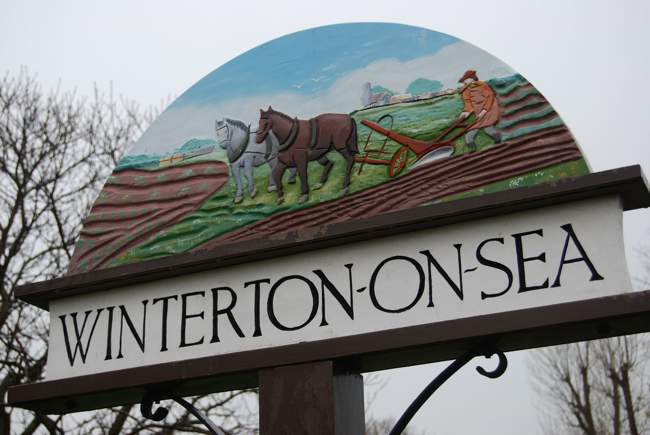 The chancel of the Holy Trinity and All Saints church dates from the 13th century though much of the current building is 16th century.

The Fisherman's Return pub, where you can still enjoy a pint today, was built in the late 1600s, and the Winterton Lighthouse about a century later.

Coastal erosion is nothing new, and sea defences of marram grass were planted in the 1700s to help stabilise the coast. 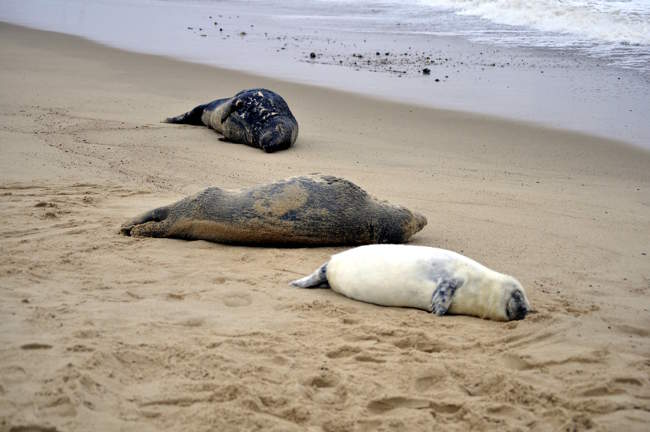 By the second world war, defences of a different kind were needed, and pillboxes, scaffolding and anti-tank defences were built.

Today, Winterton-on-Sea is simply the perfect location for a seaside holiday. 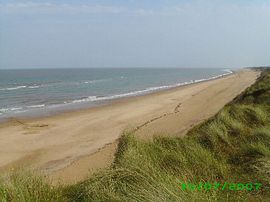 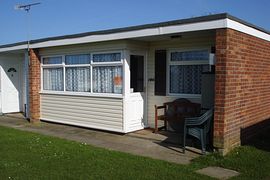 more self catering near Winterton on Sea...

Days Out in Winterton on Sea

Places to Visit near Winterton on Sea