You are here:  Towns -> Places to Visit in East Yorkshire -> North Newbald

Newbald is situated in between South Cave and Sancton.

Newbald is a tiny village which is quite a blissful place to be. It is a popular spot for walkers, many bank holidays and weekends Newbald sees walkers young and old walking the paths of the village.

Newbald is is served by two pubs; The Gnu and The Tiger opposite one another and a shop which sells the essentials needed, plus the novelty items magazines, sweets and phone top up is available for all phone services. The shop is situated on the green which is opposite the entrance of the Tiger Inn.

There is also a village hall which often holds special events and also is the home to the brownies who meet there every Wednesday during term time.

There are many people in Newbald from young to old which is pleasant to see. In Newbald the community is lucky to also have the use of church rooms, which are used for the three youth clubs available in Newbald, for children from the age of 4-7 and from 7-11 year olds and for 11-16 year olds. This facility is also available to people who live in the surrounding areas. These youth clubs are enjoyed and are well attended by the various age groups.

Newbald also has a small village primary school with no more than around 70 pupils in it; this is situated on Beverley Road in Newbald.

The church plays a big part in the community and is situated near the centre of Newbald. It is a Norman church and was built in 1140 AD. Many events take place there. The church has a fine organ and when it comes to Christmas time the services are very traditional and the church is filled with eager children and their parents.

There is a park in newbald which has four swings, zip line, slides and other things along with a big football field. Every summer the villagers hold a summer gala which is normally held in July when there are competitions, activities, clown shows amongst other things.

A bus service runs from Newbald to Beverley, Brough, Elloughton, North Cave, South Cave and Hotham, catch the bus outside the church, which is on South Newbald Road, outside the Tiger Inn and then Eastgate.

As Newbald is a country village there is often tractors and horses about, there are also often sheep and chickens around adding to the country ambience of the village. 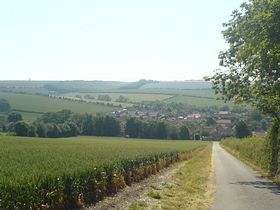 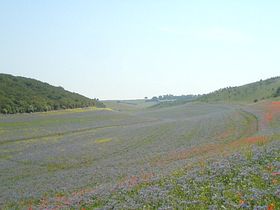 Days Out in North Newbald

Places to Visit near North Newbald