You are here:  Attractions -> Things to Do in North Yorkshire -> Cliffords Tower 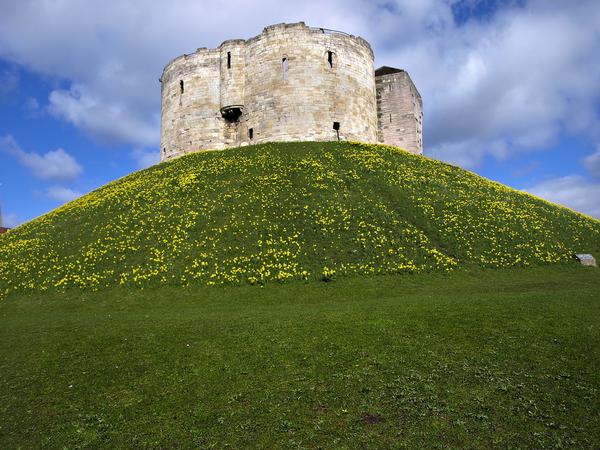 © Shutterstock / MalcolmC
Visitors to the historic city of York cannot miss the historic Clifford's Tower sitting incongruously on its grassy mound in the centre of the bustling city.

The walls of this round tower are all that remains of the original motte and bailey castle which was built by William the Conqueror in 1086, overlooking the River Ouse on one side and the River Foss on the other. 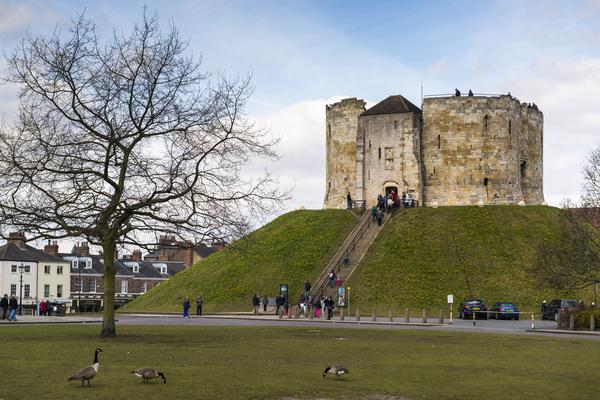 The wooden building was built as a stronghold against anti-Norman rebellions.

Within a year it had been burnt down during such a rebellion and a second wooden fort quickly replaced it. 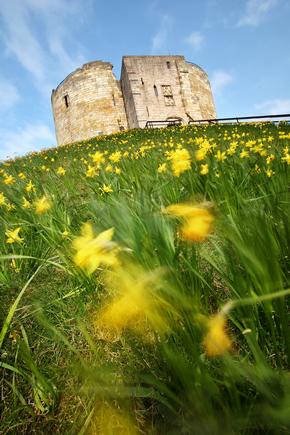 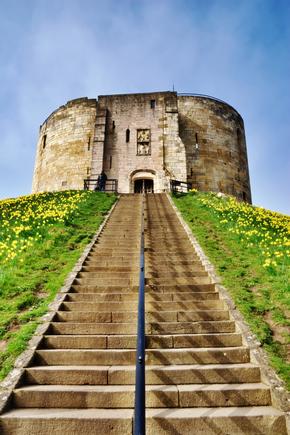 Slaughter in the Tower

This second castle was the site of one of the most horrifying episodes in York's history.

In 1190 there were various uprisings against the Jewish population who were mainly money lenders in the city, the only trade they were legally allowed to practice. 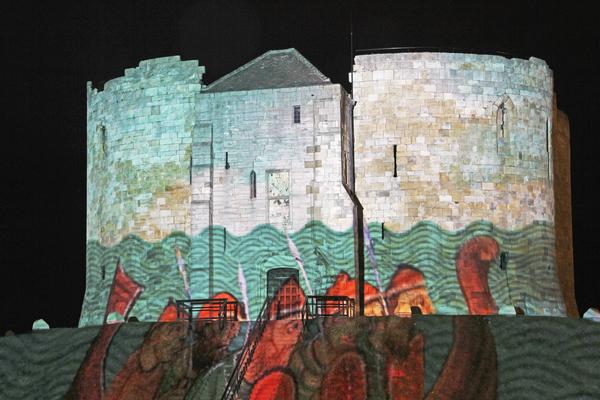 A group of 150 frightened Jews took refuge from a mob in the fortified tower.

The tower was attacked and many of the Jews killed their families and then themselves rather than surrender to the mob. 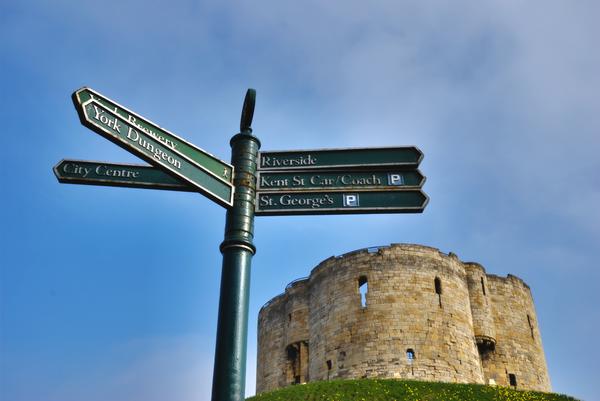 The tower was then set on fire and more lives were lost. The survivors were slaughtered by the mob.

Within the tower there is a memorial plaque in Hebrew, dedicated to the lives lost in the massacre.

A third building was erected to replace the burnt-out building and this one survived until the 13th century when it blew down in a storm. 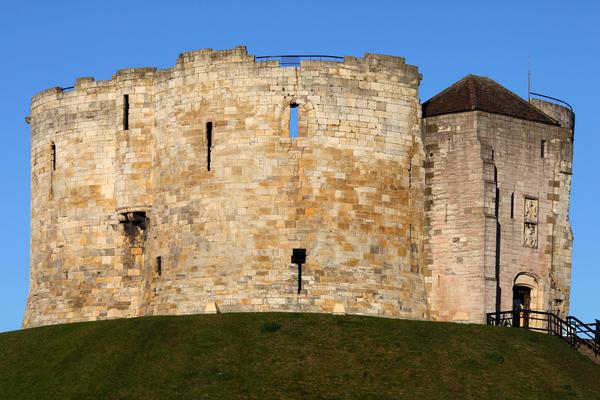 No doubt tired of these "temporary" structures, Henry III ordered a new stone castle to be built in 1270 and although the roof was lost in a fire in 1684, the walls remain to the present day. 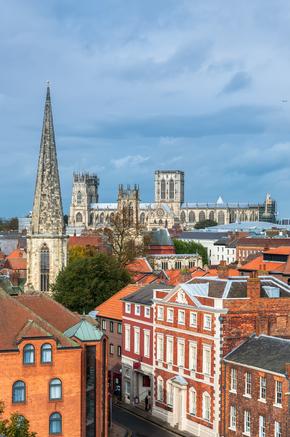 © Shutterstock / Radek Sturgolewski
The tower was built in an unusual quatrefoil shape with four circular lobes and it was known as York Castle.

In 1322 Roger de Clifford was executed for treason by Edward II in a high profile dispute, and his body was displayed hanging from the walls of the tower. After that, the tower became known as Clifford's Tower.

The tower played an important part in the Civil War siege of York in 1644 but eventually fire destroyed much of the interior in 1684, ending its use as a local garrison.

Visitors today can climb the 55 steps up the steep mound and enter the open inner courtyard of this 13th century tower. 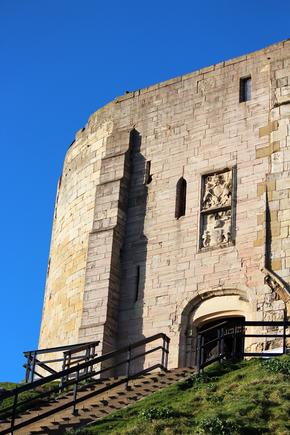 Although it has no roof, the inner courtyard has some interesting rooms to explore.

A spiral staircase with 55 narrow steps leads up to the top of the tower which has stunning views from the parapet across York's old streets.

Clifford's Tower has, over its long history, been a prison and a royal mint as well as being the place where Henry VIII displayed the bodies of his enemies.

The tower has an informative Visitor Centre with a model of its earlier design. There is also a gift shop attached to this fascinating English Heritage attraction. 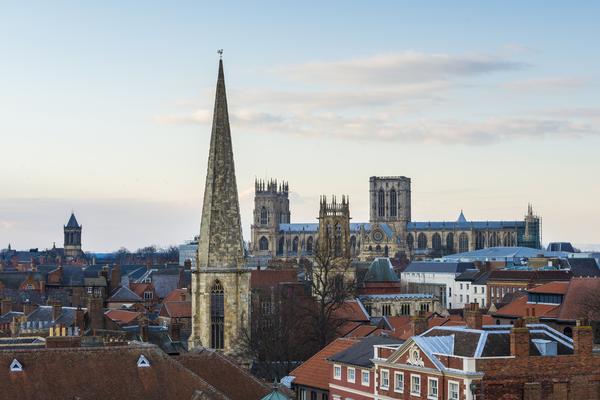 Days Out near Cliffords Tower

Places to Visit near Cliffords Tower