You are here:  Towns -> Places to Visit in Suffolk -> Newmarket

Things to do in Newmarket, Suffolk

Newmarket in Suffolk is well-known as a horseracing centre, located 65 miles north of London. It is the largest racehorse training centre in Britain and is considered the birthplace of thoroughbred racing.

Horseracing can be traced back to 1174 at Newmarket. King James I increased its popularity as a sport in the early 17th century and Charles I inaugurated the first cup race. Palace House was built for Charles II who relocated his whole court to Newmarket twice a year and was often seen at the races with his mistress, Nell Gwyn.

In 1967 Queen Elizabeth II opened the National Stud breeding centre in the town.

At one time anyone blowing their nose in the street or showing signs of a cold was subject to a heavy fine. This was not to protect other locals, but the valuable horses!

Newmarket Racecourse hosts nine of the 32 flat races on the racing calendar. It has two racetracks: the July Course and the Rowley Mile, separated by Devil's Dyke.

There has been a railway at Newmarket since 1848 and it is currently on the Cambridge to Ipswich line. There is a separate station called Warren Hill which is used by racegoers.

Newmarket has a population of around 15,000 people and more than 2,500 racehorses! Its main businesses are all horse-related including Tattersalls bloodstock auctioneers, the Jockey Club Rooms and an Equine Centre for horse health.

At the top of the High Street is the grand Newmarket Clock Tower, built to commemorate Queen Victoria's Diamond Jubilee in 1887. It still takes 115 full turns to wind it up each week. Close to the clock are the peaceful War Memorial Gardens.

Most of the racing stables are within Newmarket and the town is designed with a number of horse routes out to the gallops on the heath. Warren Hill is an all-weather canter, Bury side is near Bury Road and the Racecourse Side is a flat training area next to Rowley Mile Course.

Outside the town are around 60 stud farms as well as the 70 trainers with stables in Newmarket. The town also has a football team, Newmarket Town, and an amateur jousting team.

Things to do in Newmarket

The National Horseracing Museum is a fascinating place for visitors who are interested in the history and records of horseracing. A day at the Newmarket Racecourse is usually another must-do for visitors.

The King Edward VII Memorial Hall and Gardens make a pleasant retreat from the busy High Street. The Moulton Packhorse Bridge is a piece of local history, now in the care of English Heritage. It crosses the River Kennett.

Outside Newmarket is Anglesey Abbey and Gardens, dating back to 1600. It has a fascinating personal collection of furniture, silver, artworks and clocks by Lord Fairhaven and is now owned by the National Trust.

For families, the Farmland Museum is about 14 miles away at Waterbeach near Cambridge. 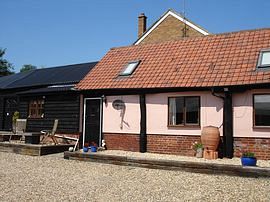 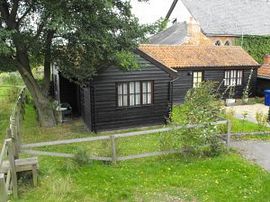 more self catering near Newmarket...

Days Out in Newmarket

Places to Visit near Newmarket