You are here:  Towns -> Places to Visit in South Wales -> Cwmbran

Things to do in Cwmbran, South Wales 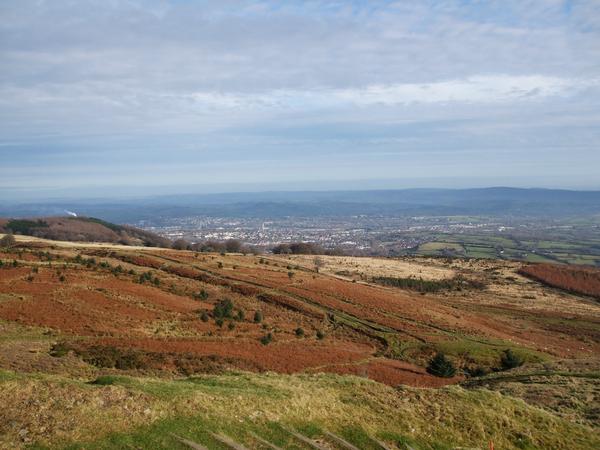 Cwmbran, pronounced "Coombe-bran", is in the county of Gwent in South East Wales.

The name means "valley of the crow" in Welsh.

Once part of the huge South Wales coalfield, it is now one of the largest urban areas in Wales.

Cwmbran was the location of a Cistercian Abbey, founded in 1179 by Hywel, Lord of Carleon.

It closed with the Dissolution of the Monasteries in the 16th century. 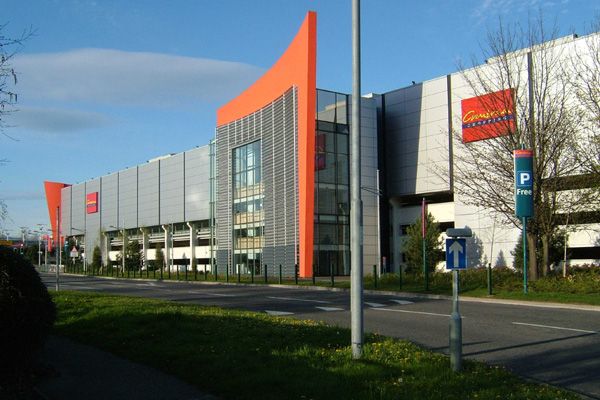 By the 18th century, the Abbey had passed to the Blewitt family.

Local business owner, Reginald Blewitt, restored it as a family home and added the Great Hall.

Now known as Llantarnum Abbey, it is home to a large community of the Sisters of St Joseph and is run as a retreat.

Brick works, lime kilns, quarries and coal mines all kept Cwmbran locals occupied and in the 19th-century tinworks, iron foundries and coke works were in operation.

After World War I, the collieries began to close and Cwmbran had huge unemployment and poverty. 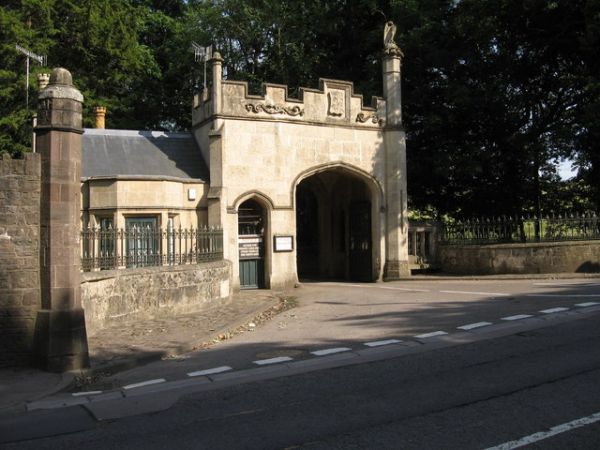 In 1949 it was chosen as a New Town, developed under the Cwmbran Development Corporation.

By 1970 the town's population had reached 33,000. Light industry and retail parks now replace the old mines and quarries and the town continues to expand.

Cwmbran has a population of around 47,000 people. Surrounded by hills, the Afon Llywd runs through the valley along with the nearby Monmouthshire and Brecon Canal. 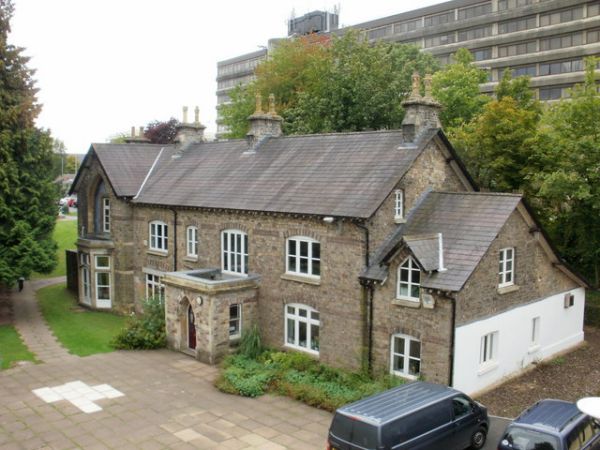 Since its inception as a New Town, Cwmbran has developed into one of South Wales's top shopping centres, attracting shoppers from the surrounding area to the 650,000 square foot pedestrianised town centre.

There are several supermarkets, a health clinic, a cinema and several pubs and restaurants.

As well as the original Old Town, Cwmbran has seven neighbourhoods that promote a sense of identity and community within the wider town. 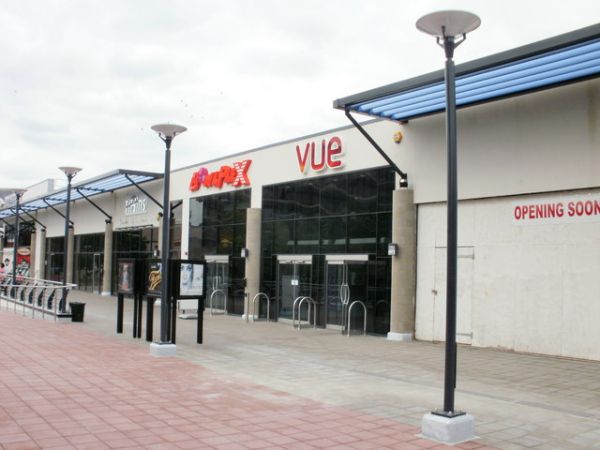 The roads are on a simple grid pattern and there are more roundabouts than any other town in Wales.

Older buildings include the Green House Inn and Llantarnam Grange which is now used as an arts centre. 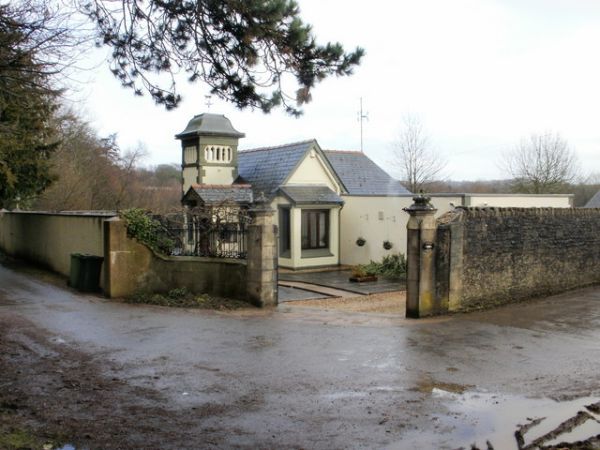 Investment in business parks and industrial estates has given Cwmbran a thriving commercial centre.

Cwmbran Brewery is one of the best-known businesses in Upper Cwmbran.

The town is served by the Welsh Marches Line with regular trains to Cardiff and Newport.

Things to Do Around Cwmbran

The surrounding hills around Cwmbran rise to 1000 feet and are popular for walking and climbing. 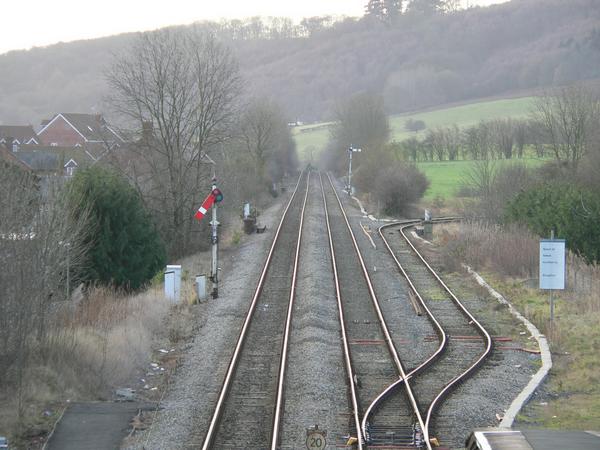 Junction of the Heart of Wales and Welsh Marches Railways © Thryduulf via Wikimedia (http://creativecommons.org/licenses/by-sa/4.0/deed.en)

Visit the remains of the Roman fortress of Isca at the Caerleon Amphitheatre Barracks and Baths.

See the impressive remains of Roman walls, baths and buildings. Audio-visual tours help visitors get the most from their visit.

Visit the delightful village of Usk and pop into the Usk Rural Life Museum to get a glimpse of 19th-century life in South Wales. 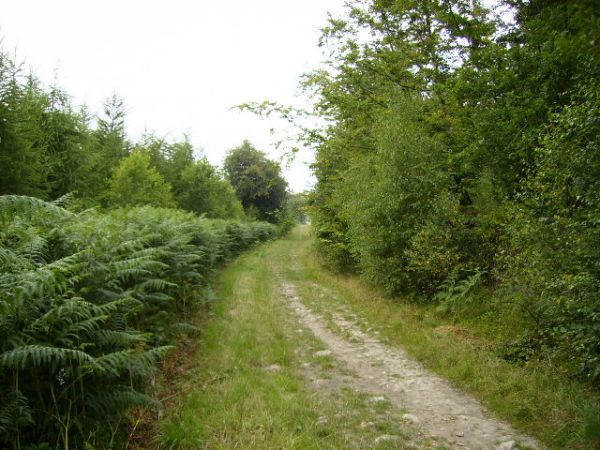 The Cistercian Way, a long-distance footpath, passes through Old Cwmbran en route to the old chapel at Llanderfel and Mynydd Maen as well as other historic religious sites.

For golfers, the Greenmeadow Golf and Country Club is on the outskirts of Cwmbran. 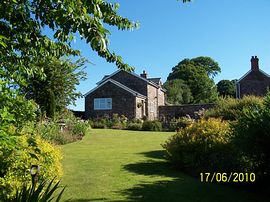 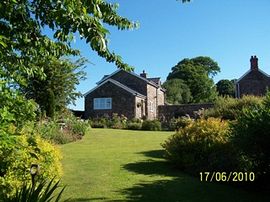 more self catering near Cwmbran...

Days Out in Cwmbran

Places to Visit near Cwmbran