You are here:  Towns -> Places to Visit in Somerset -> Portishead

Things to do in Portishead, Somerset

For anyone who served at sea between the 1920s and the end of the 20th Century the name 'Portishead' was always followed by the word 'Radio'. 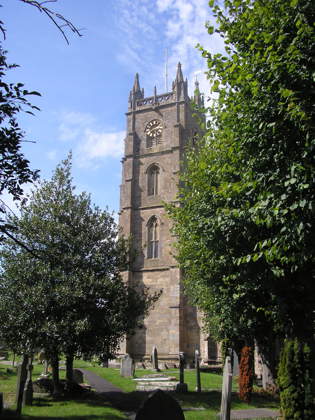 It was the best-known and busiest ship-shore station in the world and handled millions of messages of all descriptions.

For anyone into music over the last fifteen years 'Portishead' is a band that originated from Bristol and was once described as playing 'a new form of mutant music fusing apocalyptic-folk sensibility with the intensity of American hip-hop'.

For the rest of us, Portishead is a town in North Somerset, sign-posted from the M5 Motorway along with Gordano Services and that is that.

For those in the latter category, who have not paid a visit to Portishead in the last few years, I strongly recommend that you consider rectifying the situation - the town today is nothing short of stunning.

The ancient settlement of Portishead was established at the mouth of a small tributary in Roman times and its name means 'port at the head of the river'. 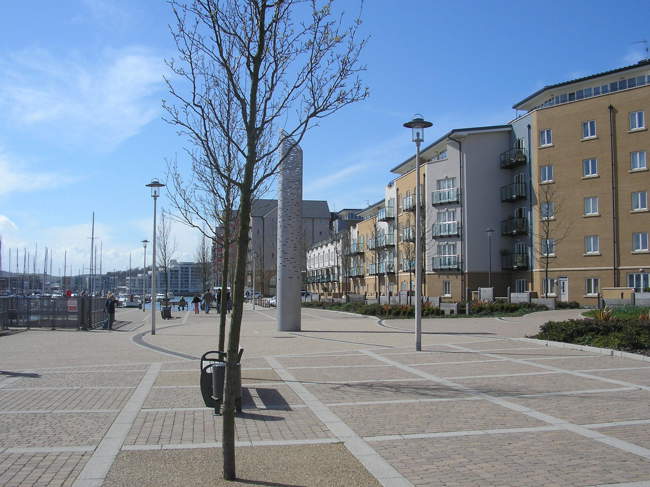 The town's High Street once met the top of the river and some of its stone walls still retain iron rings where fishing boats used to tie up.

By the mid 19th Century ships were becoming too large to travel up the Avon to Bristol and so a pier and deep-water dock were built at Portishead to handle the trade.

The Pier was also used to berth the transatlantic ships taking British emigrants to a new life in the Americas.

The town's industrial development continued well into the 20th Century with the construction of two coal-fired power stations and a chemical works. 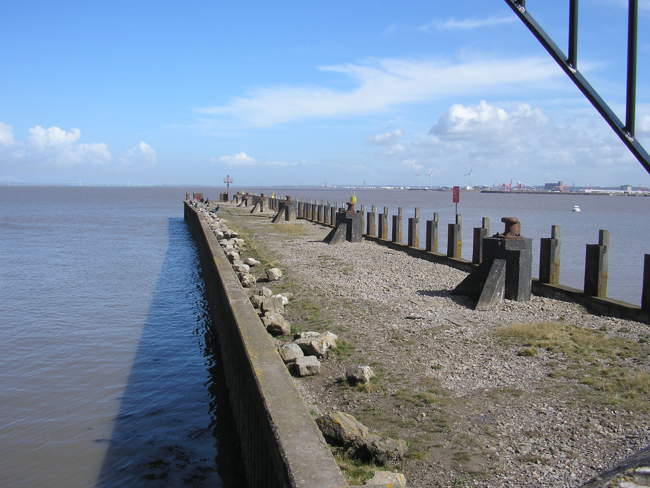 The demise of coal mining in the 1980s led to the closure of all the industrial activity and the docks went into steep decline.

Over the hill from the docks the picturesque 'Lake Grounds' were constructed in the early 20th century around an artificial lake and constitute the town's main park.

There is still an open-air swimming pool - one of the few surviving lidos in the West Country and the area affords excellent views over the Bristol Channel to Wales.

Adjacent to the Lake Grounds is Battery Point, where for a hundred years guns were positioned to protect the port of Bristol from seaborne attacks by first the French and then the Germans.

Today the spot is popular with promenading locals who often gather here to watch vessels transiting up and down the Bristol Channel. 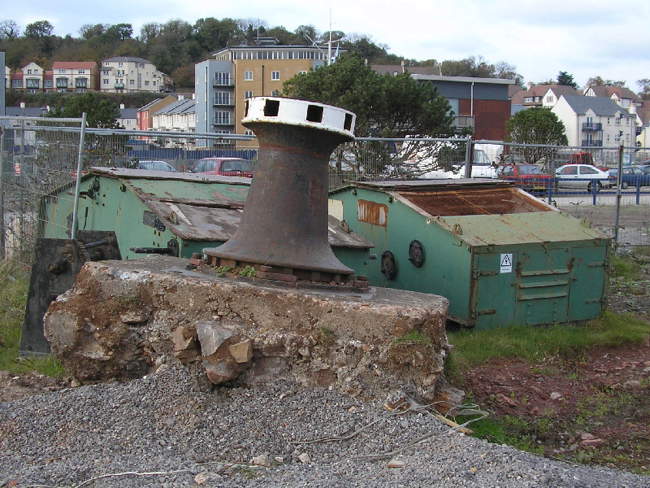 Goodbye to the Docks © Rod Morris

The ancient Saxon 'Wansdyke' fortified ditch runs from Portishead all the way to Marlborough.

The Portishead Parish Church of St. Peter has stood for over 500 years and, most rarely, has a ring set in a stone head on the Chancel wall which held the veil drawn across the sanctuary at Lent in the years before the Reformation.

There is also something else very rarely seen today in an English church - a musician's gallery opening onto the church from the porch. 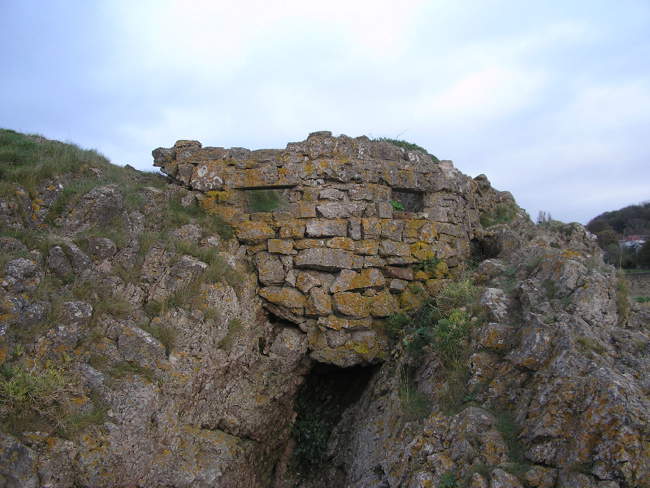 Outside the church is a fine village cross and also the family plot of the Weatherly family.

Fred Weatherly was born in Portishead in 1848 and went on to be a lawyer, author, songwriter and radio entertainer.

He wrote the words to the song, set to the Londonderry Air, and known the world over as 'Danny Boy'. He also wrote the lyrics to the First World War's most successful popular song ‘Roses of Picardy'.

In the last few years, what was the small Victorian village of Portishead has become one of the fastest growing towns in the United Kingdom.

During the last decade the population has grown by over 40% and now stands at over 22,000 and rising.

Despite the massive growth in housing bringing new young families and adults to the area, the crime rate remains one of the lowest in the West of England.

One of the major changes that boosted this rapid development is the conversion of a traditional deep-water dock into a stunning new marina housing up to 250 yachts and cabin cruisers.

The Marina has a superb waterfront development known as 'Port Marine' incorporating a 'fishing village', modelled on the Cornish seaside town of Polperro, with quaint narrow streets and pretty multi-coloured houses.

Further shops, pubs and restaurants are scheduled to open in the near future.

Such rapid expansion has not been without problems, one of which has been rush hour traffic congestion.

One way of ameliorating this has been to switch off the traffic lights at the town's main intersection and this has undoubtedly improved traffic flow. 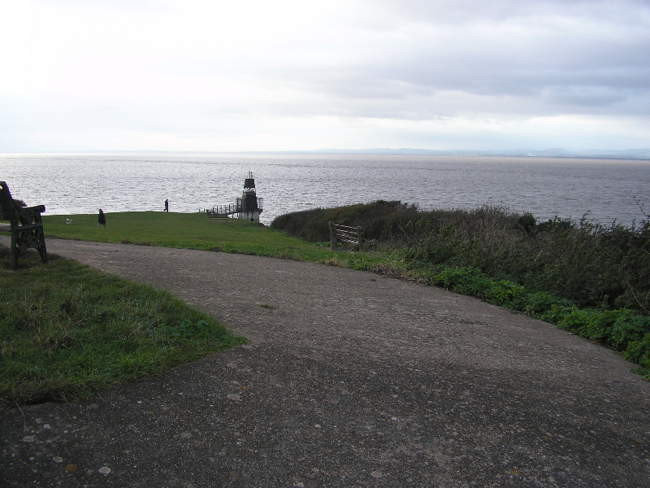 The longer-term and greenest solution gathering increasing support is to link Portishead to Bristol by rail.

The beauty of this plan is that the railway line already exists - it was built in 1867 by the Portishead Pier & Railway Company and closed to passenger traffic under the Beeching cuts in 1964.

The railway line continued to carry freight until 1981 and it is only the 3 miles from Portishead to Portbury Docks that need attention.

A rail terminus would need to be built at the end of the line close to the Waitrose Supermarket.

Finally, in this short article, mention has to be made of the fantastic array of Public Art that greets the visitor to the Port Marine area.

Portishead is undoubtedly far and away ahead of anywhere else in the West Country when it comes to modern sculptures to delight the eye.

There are too many works of art to be even listed here and so I will confine myself to commending a few of my personal favourites:

In the 'Central Park' area of Port Marine the visitor is greeted with a view of Rick Kirby's magnificent 'Arc of Angels'. 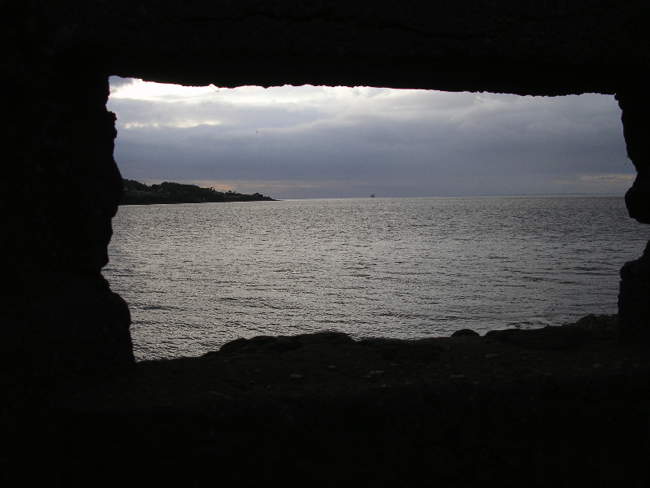 Portishead's nautical past is celebrated by Michael Dan Archer's 'Full Fathom Five' which is a forest of 108 granite columns on a large earthwork with names of Portishead ships together with their cargoes and destinations all carved into the stone.

Sculptor Michael Disley's works include one commemorating the old Portishead National Nautical School and another, entitled 'The Lady Sings' which is a tribute to Fred Weatherly's classic tear-jerker 'Danny Boy'.

Finally, mention must be made of Lucy Glendinning's magnificent piece 'About Flying', which is the tallest work of art in the town and one of the most dramatic.

The sculpture is of a gravity defying figure with just one hand on a graceful arcing metal stand and is designed to reflect the freshness of the new community and the human achievement that has gone into bringing it about.

It is, like so much else there is to see in Portishead, both breathtaking and a breath of fresh air.

Don't take my word for it - go and see for yourself! 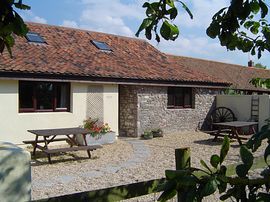 The Six House and The Loose House - 6 Miles 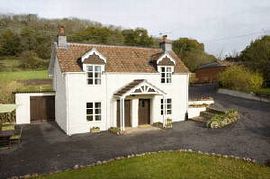 more self catering near Portishead...

Days Out in Portishead

Places to Visit near Portishead