You are here:  Towns -> Places to Visit in Somerset -> Chew Magna

Things to do in Chew Magna, Somerset 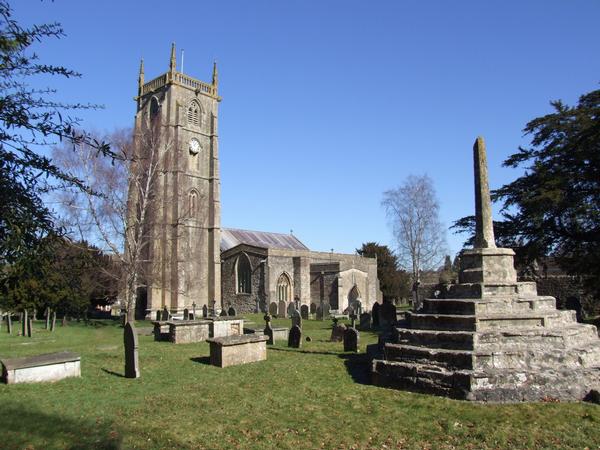 The picturesque village of Chew Magna is set in beautiful Somerset countryside only a few miles from the City of Bristol.

It has been described as one of the few 'commuter villages' to develop in the 18th and 19th Centuries.

It has a Dark Lane for light vehicles only, a Battle Lane where nobody fought, a 'Blacklands', which is actually very green, and a Dumpers Lane with no sign of fly-tipping.

Chew Magna's long history actually stretches back to Saxon times and the village's name was recorded as 'Ciw' in 1065.

Twenty years later the Domesday Book listed it as 'Chiwe' with the name coming from the Celtic word 'Ciw' - meaning 'winding water'.

Thus the name Chew Magna derives from being the 'major settlement on the River Chew'.

More recently it has been suggested that the name of the River Chew is taken from the Welsh 'cyw' meaning 'chicken'. 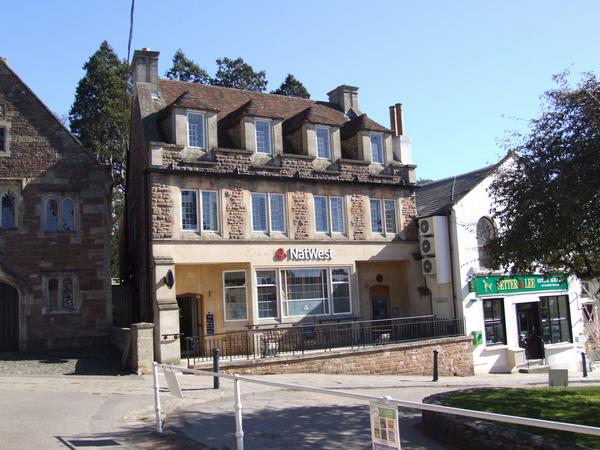 So far, nobody has suggested Chew Magna means 'the big chicken'!

Just to further complicate matters, the village has also been known as Bishop's Chew and Chew Episcopi.

Few villages in the United Kingdom can match Chew Magna's total of 50 Buildings of Special Architectural or Historic Interest including one Grade I, four Grade II* and 45 Grade II listed structures.

No wonder Sir Nikolaus Pevsner described the village as 'Gothic in the most ambitious High Victorian fashion' whilst Arthur Mee in 'The King's England' wrote 'the village is charming with old houses and raised pavements'.

Wherever you walk in Chew Magna the sound of running water isn't far away and the village has a number of old bridges to delight the eye. 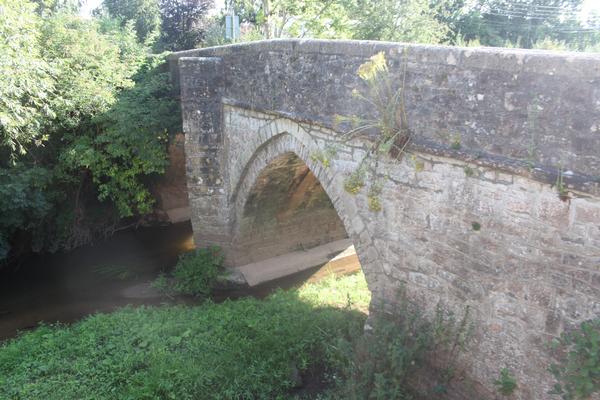 The three-pointed arches of the iconic, mediaeval, 'Tun Bridge' allow the River Chew to pass through on her way to join the Avon at Keynsham.

There is a small, rectangular hole carved into the top of one of the buttresses said to date back to when the village was afflicted with smallpox.

The villagers left payment for supplies in this receptacle, which was filled with vinegar to sterilize the coins.

Just upstream is the smaller but extremely picturesque Crickback Bridge, which is also medieval and listed grade II.

Standing on this old cobbled bridge in the woods with nothing to hear but the murmur of the river and birdsong, it is difficult to imagine that Bristol city centre is only seven miles away.

Chew Magna's Parish Church of Saint Andrew is largely medieval with a Norman south doorway, which is covered by a 14th-century porch.

The building is guarded by gargoyles around the tower and roof of the nave to ward off evil spirits and the church is an historical treasure chest.

The tower is 100ft high and was added between the fifteenth and sixteenth centuries. 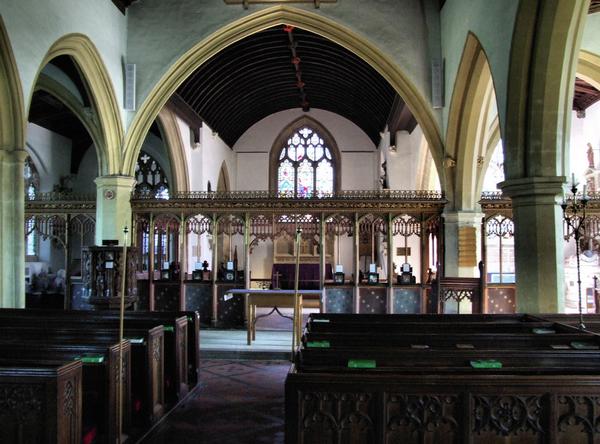 Within the church the star of the show is, without doubt, the wooden effigy of Sir John Hautville who reclines with his head resting on his hand, gently smiling to the congregation.

This oak figure is widely considered to be the best of its kind in the whole of England and is the subject of numerous claims and legends.

One tale has it that Sir John hurled a huge stone known to this day as the ‘Hautville Quoit' from the top of Maes Knoll.

The stone is to be found under the chestnut trees at Quoit Farm and is actually part of the Stanton Drew Neolithic complex of standing stones.

Chew Magna made its early living in wool and an old 'tucking mill' remains close by the River Chew.

King Henry VIII's antiquary, John Leland commented in 1545, 'It is a praty clothing towne, and hath a faire chirch'.

The village undoubtedly prospered as a centre of the mediaeval woollen industry and attracted rich traders to set up home.

Of the numerous notable buildings, the Old School Room, a Mediaeval Beamed Hall dating back to the 16th-century, is very much in use today as a venue for village activity.

Next door to the Church is the magnificent Chew Court, originally 14th Century, it was built as one of the country residences of the Bishop of Bath and Wells.

There are two pubs in the village:  The Pelican was named after Sir Francis Drake's flagship.

This leaves the most excellent Bear and Swan, which has a well, deserved reputation as one of the finest ‘gastro-pubs' in the county.

The Bear and Swan, it should be added, has not lost sight of the fact that it is a pub and therefore those just seeking a drink are still welcome!

Given all of the foregoing, one would assume that Chew Magna would be content to amble along as a pretty Somerset Village, with all the usual trappings.

To a degree this might be true - there is a very active Parish Council a strong and thriving Women's Institute and a superbly equipped village cricket ground.

But Chew Magna is not a village to rest on its laurels and it is, today, in the very forefront of environmentally 'green' developments. 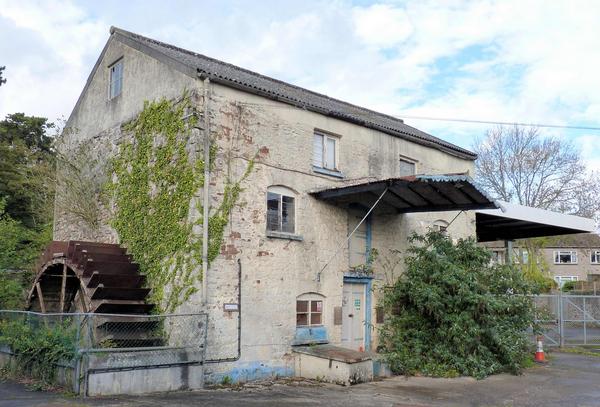 Chew Magna's campaign, called 'Go Zero', is one of many zero-waste projects starting up across the world, from Japan to the USA - via Somerset - leading to the village being dubbed 'the greenest place in Britain'.

The aim of 'Go Zero' is to create a zero waste village and the project is structured around 4 focus groups: Waste and Recycling; People and Consumption; Transport and Energy; and The Converging World.

The purpose of the focus groups is to develop expertise and skills around each subject and, vitally, to stimulate action.

All the groups are based on principles such as inclusiveness, transparency, clarity, effectiveness, and respect for others.

The Waste and Recycling Group have adopted the greenest of three 'R's - Reduce, Re-use and then Recycle. 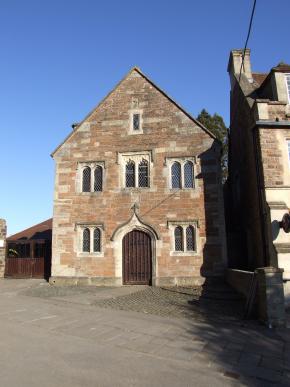 Initially some 75 of Thomas Minor's American descendants came together to commemorate the 350th anniversary of his departure for the Americas.

He is a recognized co-founder of Stonington, Connecticut and is buried there along with his wife Grace.

Today there are over 800 members of the Society and they keep in regular contact with each other and with contacts in Chew Magna.

Chew Magna is undoubtedly one of the brightest stars in the County of Somerset's firmament and has all the attributes of a very fine English village.

A visit is well worth it and visitors are always welcome. 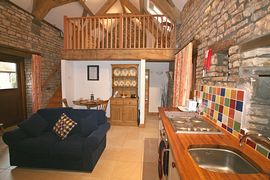 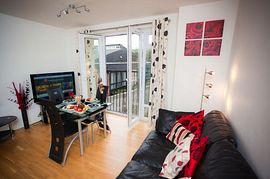 more self catering near Chew Magna...

Days Out in Chew Magna

Places to Visit near Chew Magna